He remains the winningest coach in KSU history, and the only in state history to be named Coach of the Year at the high school, junior college and collegiate levels. 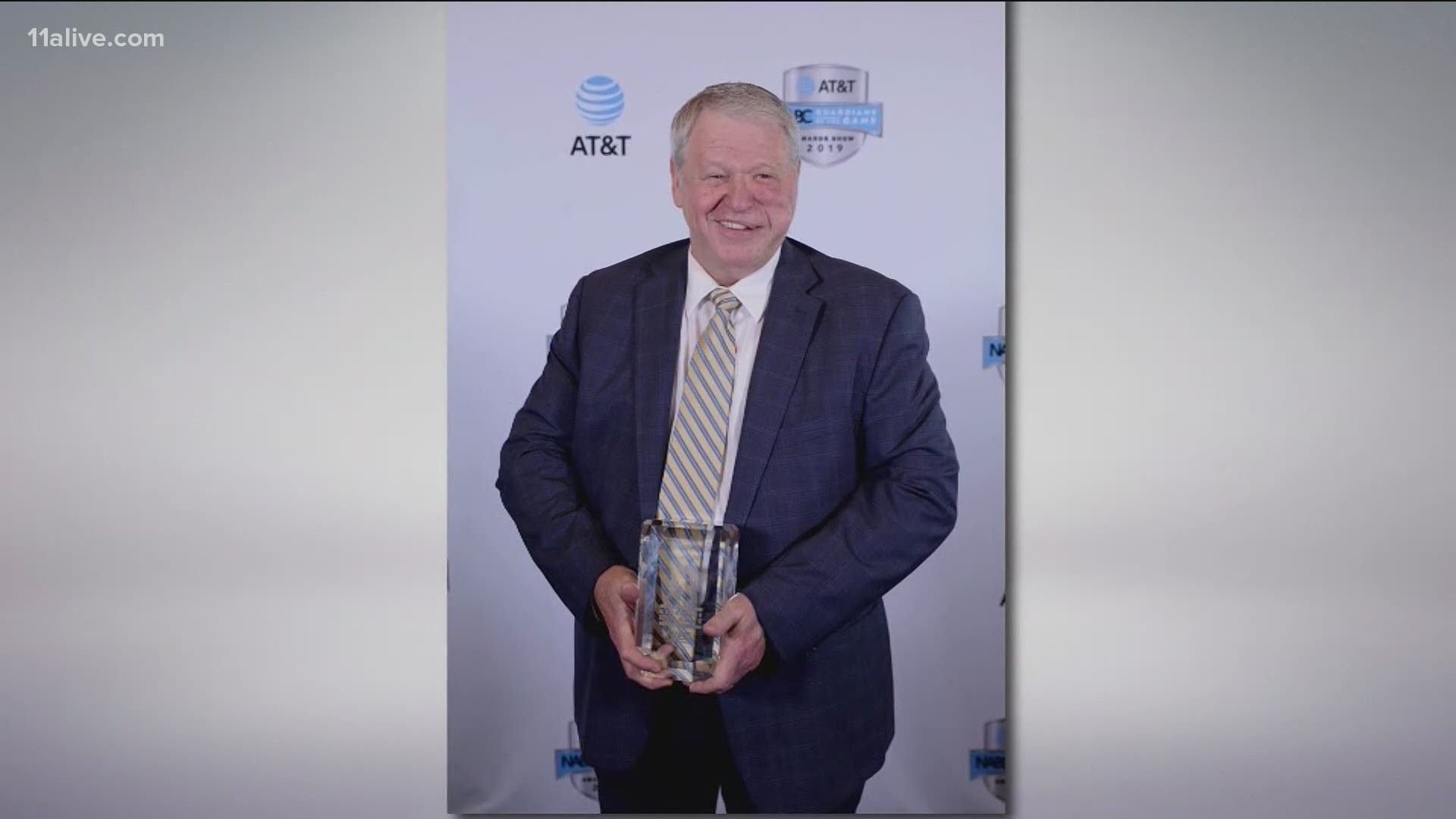 In an interview with 11Alive's Paola Suro, Ingle's children said he was diagnosed with COVID-19 in December, and soon his condition turned serious. He was hospitalized in Utah Valley Hospital in Provo, Utah where he fought the disease until the end.

"He would not stop fighting," Ingle's son Golden said.

He's now being mourned by family and the KSU community alike.

"I loved Tony and he is going to be sorely missed," said former Director of Athletics Dr. Dave Waples. "You just can't put into words when you lose someone with his impact. He was such an integral part of KSU and basketball in the state of Georgia. It's a monumental loss and someone we are going to miss greatly."

Ingle leaves behind a legacy both on and off the court.

Originally from Dalton, he was the only son of six children of Bobbie and Claude Ingle, according to a bio from KSU. Ingle graduated from North Whitfield High School in 1971 where he was a four-year player on the varsity basketball team.

Ingle began his collegiate career at Dalton Junior College helping the Roadrunners win back-to-back state and regional titles his freshman and sophomore seasons. After a season-ending injury during the national championship tournament his sophomore season, "a fire was lit in Ingle," the school said. He finished his college career at Huntingdon College in Montgomery, Alabama, where he also began coaching.

After graduating, he went on to coach at Northwest Whitfield, Southeast High School and Cherokee High School, leading Cherokee to a Class AAA Championship in 1981-82, according to KSU.

In 1985 he began his collegiate coaching career by reintroducing the basketball program at Gordon College, compiling a 61-32 record over his three seasons. He led them to the state playoffs all three years, reaching the NJCAA Region XVII championship game his final season. From there he moved on to the University of Alabama-Huntsville for one season before becoming an assistant to Roger Reid at Brigham Young University.

Ingle coached at BYU for eight seasons, helping the Cougars reach five NCAA Tournaments while garnering three Western Athletic Conference (WAC) regular season titles and two tournament championships. In the midst of his final season with the Cougars, Ingle was named head coach before being let go at the end of the year.

But he was undeterred, KSU said.

"You keep going and you keep battling," Ingle was quoted. "If the dream is big enough, the obstacles will be small enough to overcome."

And after three years away from coaching, he received a call from then-Director of Athletics for KSU, Dr. Waples.

"When he arrived, he said he was going to win a National Championship for us in five years and I'll be darned he won it in four years," Waples recalled.

"That run was absolutely amazing," Waples added. "He was one of a kind. He was driven, a great person to be around and has a wonderful family. I can't stress enough how much we are going to miss him."

Ingle took over the KSU team in 2000, recording 20 wins and a runner-up finish in the Peach Belt Conference Tournament in his second season. The following year, he added another 20-plus win season, another runner-up finish and KSU's first ever appearance in the NCAA Tournament. Finally, in his fourth year he led the Owls to a 35-4 record, a perfect conference season and a DII NCAA National Championship, Georgia's only NCAA national championship at any level.

Ingle led the Owls for 11 seasons, helping KSU transition to Division I in 2005-06 before stepping down in 2011. He remains the winningest coach in KSU history with 178 wins, while earning 2004 NCAA DII Coach of the Year honors.

After leaving KSU, Ingle returned to his hometown of Dalton and became the first head men's basketball coach for Dalton State.

He is the only coach in Georgia history to be named Coach of the Year at the high school, junior college and collegiate levels. After 44 years of coaching, numerous awards and accolades, two national championships and countless lives touched and mentored, Ingle retired in 2018.

In 2017, Ingle took a leadership position as a bishop at the Dalton Church of Jesus Christ of Latter-day Saints.

Although retired from coaching, he continued to take an active role as a leader from the podium of his church as well as a public speaker," the school said.

Ingle is survived by his wife Jeanne, his four sons, including KSU men's basketball alums Golden and Israel Ingle, his daughter and 10 grandchildren.

In speaking about his accomplishments on the court, Ingle's son Israel said his father's reach went far beyond. For him, it was about more than just the accolades.

"What's awesome is the respect and love he has from everybody," he said. "You can't walk into a gym and not have someone come up and talk to you about him" - from kids who attended basketball camps to athletic directors to referees.

"You know you've done something right if the refs like you," Israel joked.

Ingle's daughter Sunshine echoed that, saying there was "no one like (Ingle)" because he was "one of a kind."

"He was everything," she said, choking up with emotion. "He was the life of the party. As we said - he could walk in - everyone was his friend immediately. Whether you knew him or not. ... He could work a room. Make everyone laugh."