A video message from a team in California made its way to Greater Atlanta Christian School in Norcross. 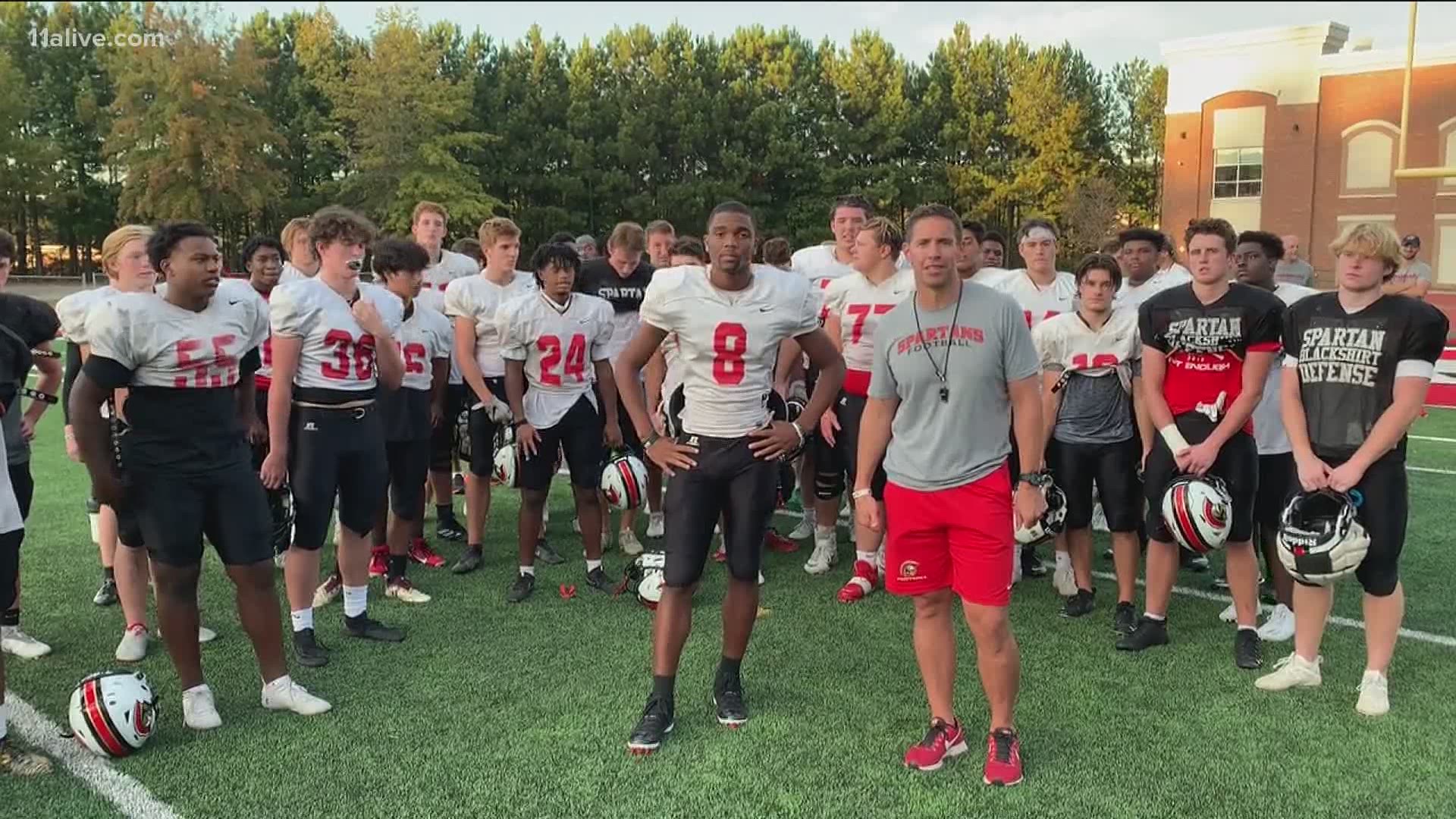 NORCROSS, Ga. — Two high school football teams thousands of miles apart are connecting over a powerful message, "Be grateful for what you have, because you never know when it can go away."

On Tuesday, an unusual email with a video link was sent to Greater Atlanta Christian School’s Athletic Director and Football Coach, Tim Hardy.

According to the school, standard protocol is to delete an email from an unknown sender and never click on an included link. However, Coach Hardy said something prompted him to investigate further. That's when he discovered a video message from a high school coach, team athletes, and chaplain from Modesto, California.

"Its message was clear and poignant, especially in 2020: be grateful for what you have because you never know when it will be taken away," explained Hardy.

Big Valley Christian School Head Football Coach Brian Berkefeld said their team's season was canceled due to COVID-19. Instead of “calling it quits,” they decided to use their energies to encourage other football teams across the country who are active in a season.

“Our coaches and players were blown away. This is a really cool example of a coach living out his faith in a powerful and purposeful way,” shared Hardy.

The GAC Spartans quickly responded with their own video thanking the team. In the video, Hardy encourages Big Valley Christian to stay positive saying, "the best is to come."

Coach Berkefeld said that GAC was the first school to respond to them and the only school to respond with a video message. The California team has sent out five videos so far and plans to continue to send one to a different team every week until their season starts in January.

GAC will take on Cedar Grove High School at home on Friday at 7:30 p.m.