She's a stage IV pancreatic cancer survivor, and she'll be throwing out the first pitch at the World Series tonight

The honored tradition of throwing the ceremonial first pitch will be on full display Saturday night. Here's the story behind it.

ATLANTA — Game 4 of the greatest series in baseball is taking place on Saturday, and the Braves have a special guest in store for the first pitch.

The World Series is in full swing. While left-hander Dylan Lee will be starting for the Atlanta Braves as they face the Houston Astros on Saturday, the honor of the night’s ceremonial first pitch belongs to another.

It all came down to an auction and a massive half-million dollar bid.

Major League Baseball has reported the ceremonial and off-field activities intended for Games 4 and 5 of the World Series. Elizabeth O’Connor will perform the ceremonial first pitch for Game 4 on Saturday.

A Braves fan and a cancer survivor, O’Connor’s journey to the mound has been an arduous one.

At 31, O’Connor was diagnosed with stage IV pancreatic cancer. It had only been two weeks since she had given birth to her second child.

After receiving targeted chemotherapy and surgery, O’Connor’s battle with cancer was at an end. The organization Stand Up To Cancer’s Dr. Daniel D. Von Hoff, who performed O’Connor’s surgery, said that only one in six patients suffering from stage IV pancreatic cancer survive a single year.

O’Connor, however, will now get to watch her children grow up.

The ceremonial first pitch of Game 4 of the 2021 World Series was offered up for auction through the “Bid 2 End Cancer” auction series from Stand Up To Cancer.

The auction was offered to raise money for the organization’s cancer research.

Now the cancer survivor and Atlanta Braves fan is set to take the mound for the honored tradition on Saturday night. She will be greeted by a sold-out crowd as the Atlanta Braves look to build a 3-1 lead as they seek to earn their first World Series championship since 1995. 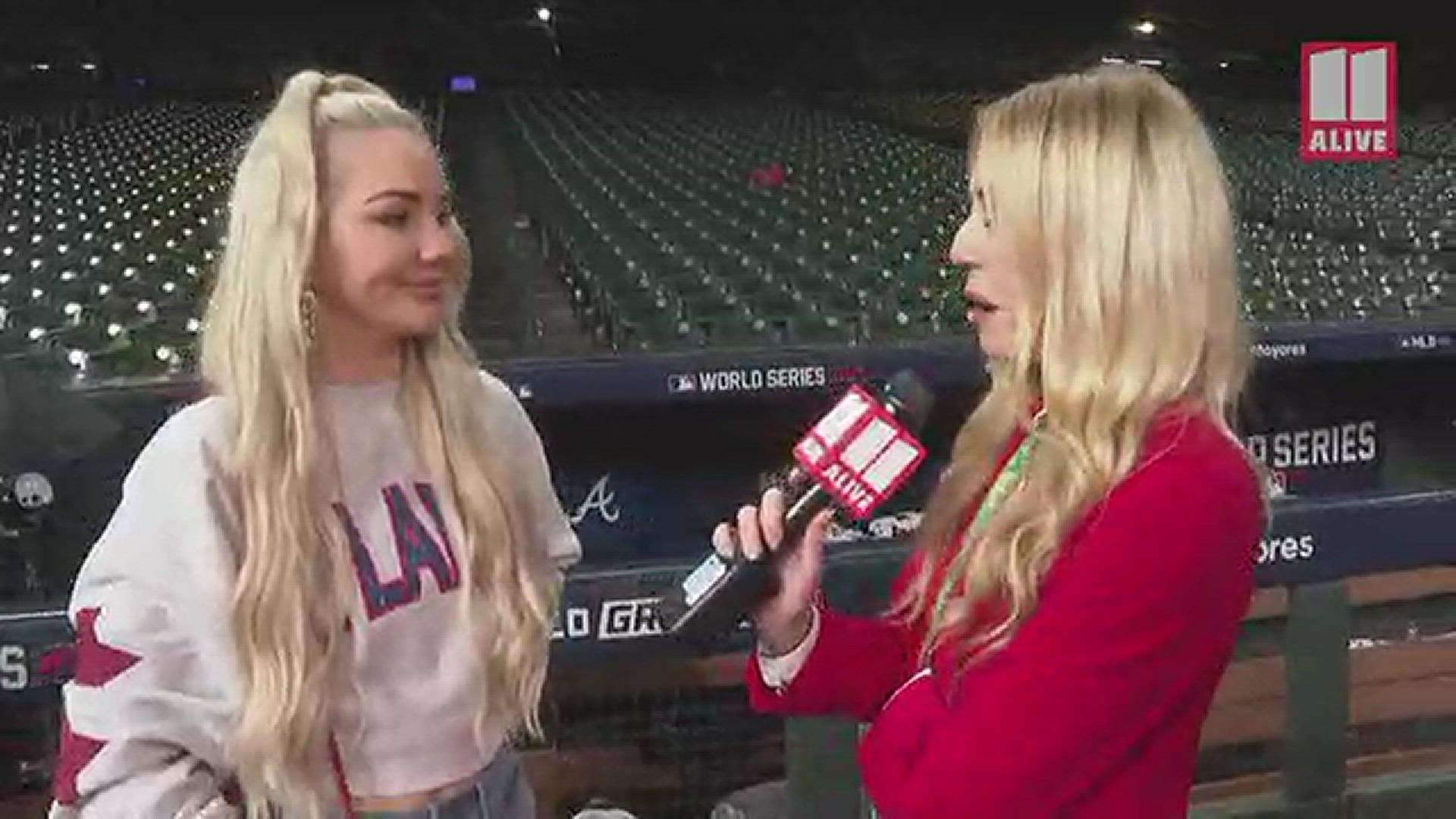 Freddie Freeman's wife talks about World Series win: I just felt like it was going to be today