The new basketball shoe and clothing collection are inspired by Trae Young's "cold mentality and the music, culture, and legacy of the city of Atlanta." 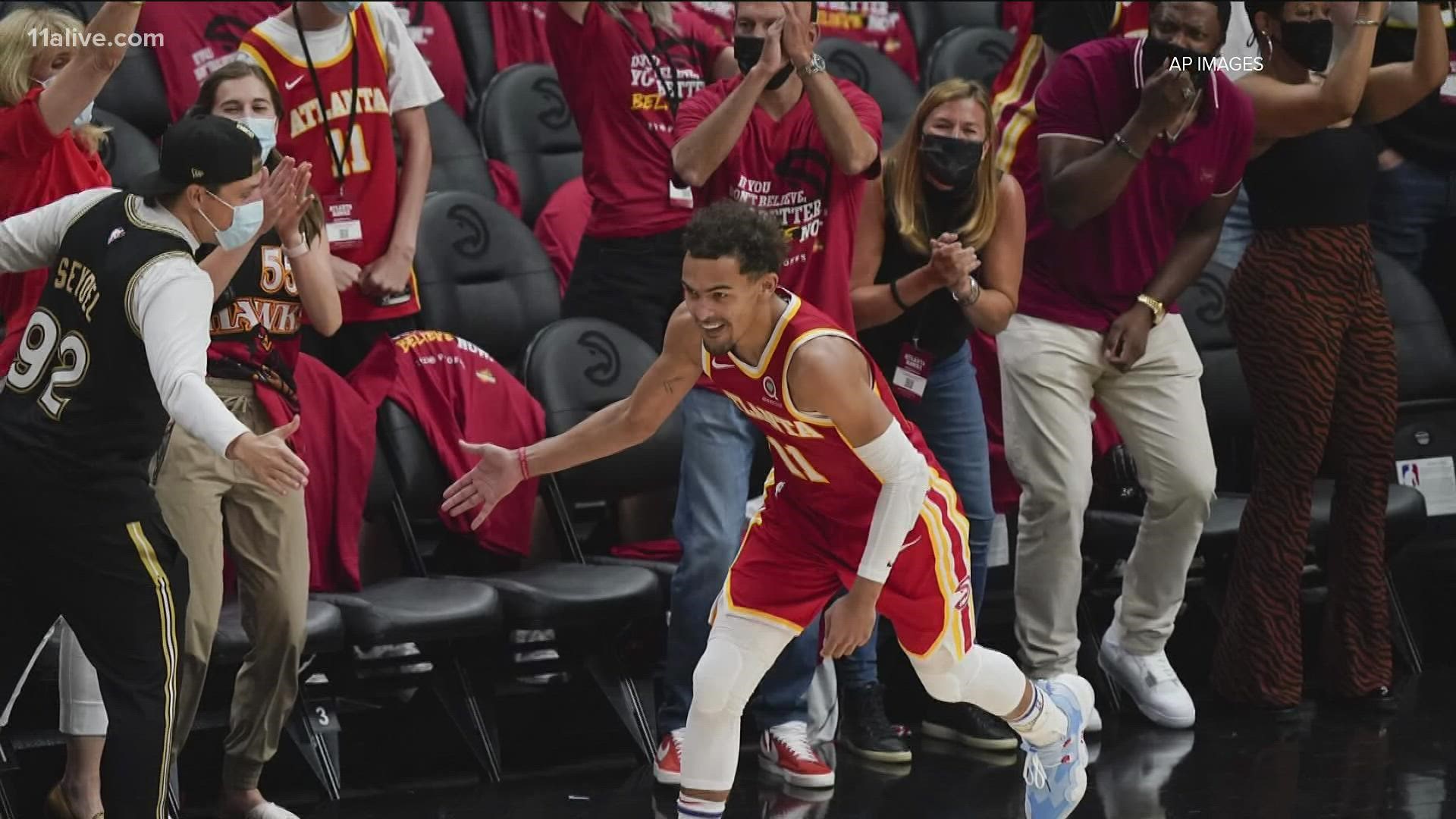 “Trae embodies the mentality of limitless potential – unafraid to let anything get in the way of his ambition, he pushes boundaries, proves critics wrong and creates new space for himself and the game,” Adidas Basketball General Manager Eric Wise said.

The new basketball shoe and clothing collection are inspired by the 23-year-old's "cold mentality and the music, culture, and legacy of the city of Atlanta."

The sportswear company said the basketball shoe will be available in five colorways. Each combination of colors is a tribute to Young himself and the Peach State's most influential city. Young agreed to a max extension with the Hawks worth up to $207 million last month.

Two of the colorways the shoe is available in feature red and yellow accent colors throughout. Available Nov. 5, "So So Def" and "So So Def ATL" are made in collaboration with the colorway's namesake, an iconic Atlanta-based record label. Young said these colorways pay homage to Atlanta's vibrant music legacy in the Southern hip-hop realm.

"We wanted to pay our respects to Jermaine Dupri for the groundwork he laid in the city to be what it is in the music scene today," he said.

Of course, Young couldn't launch a line dedicated to the city without naming a colorway "Peachtree" after two of the most bustling streets in the heart of Atlanta. This drops Nov. 19.

“Everybody in Atlanta knows Peachtree and West Peachtree. The two streets run parallel through the heart of the city and if you know, you know. This colorway has the all-over peach-colored upper with hints of green to represent the stem. It's got the ‘Georgia Peach’ printed on the sock liner with the street signs too, so this colorway is really reppin’ the city for sure," Young said.

Two more combos are named after the ICEE beverage company. Young said in a statement the sweet frozen treat was one of his favorite drinks growing up, which is what prompted him to call them "ICEE" and "ICEE Cotton Candy." They will be available Oct. 1.

The shoe collection also includes apparel items like a quarter zip pullover, pants, shorts — all of which sport Young's signature logo, according to Adidas.

All of the shoe colorways will retail for $140, except "Peachtree" retailing for $130, and will be available on the Adidas website and partnering retailers when they drop.

“Adidas and I worked very closely on my first signature shoe and I’m hyped to finally let fans get a hold of them. When you wear these, you’re repping that ice-cold mentality and the entire city of Atlanta,” Young said. “This moment is really special as it’s a reminder to the next generation of hoopers that through hard work and focus you can achieve your dreams. Trae Young 1 is a symbol of that for me.” 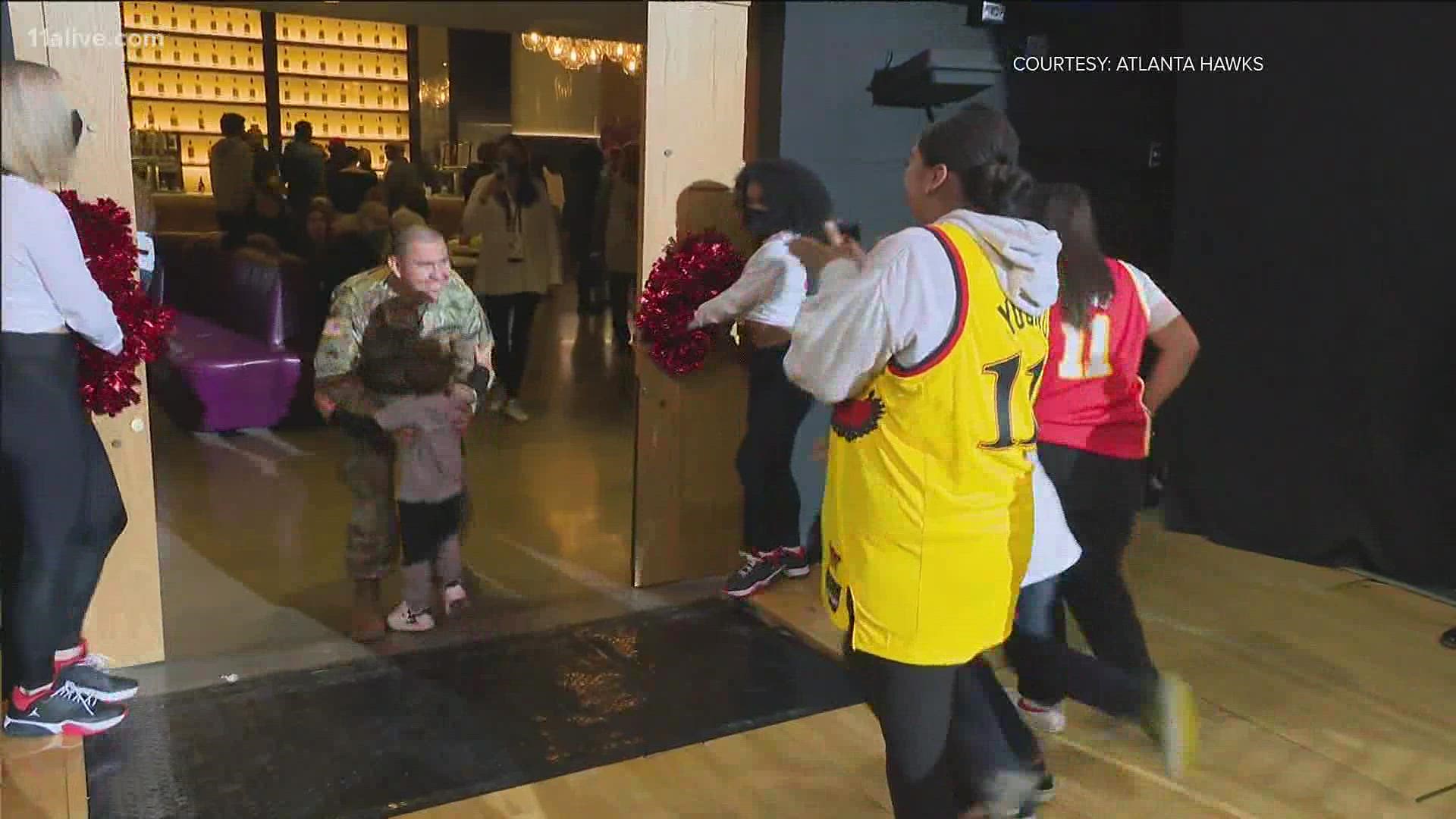 Atlanta Hawks help family come together for the holidays