The Milwaukee Bucks are NBA champions after 50 year hunt. 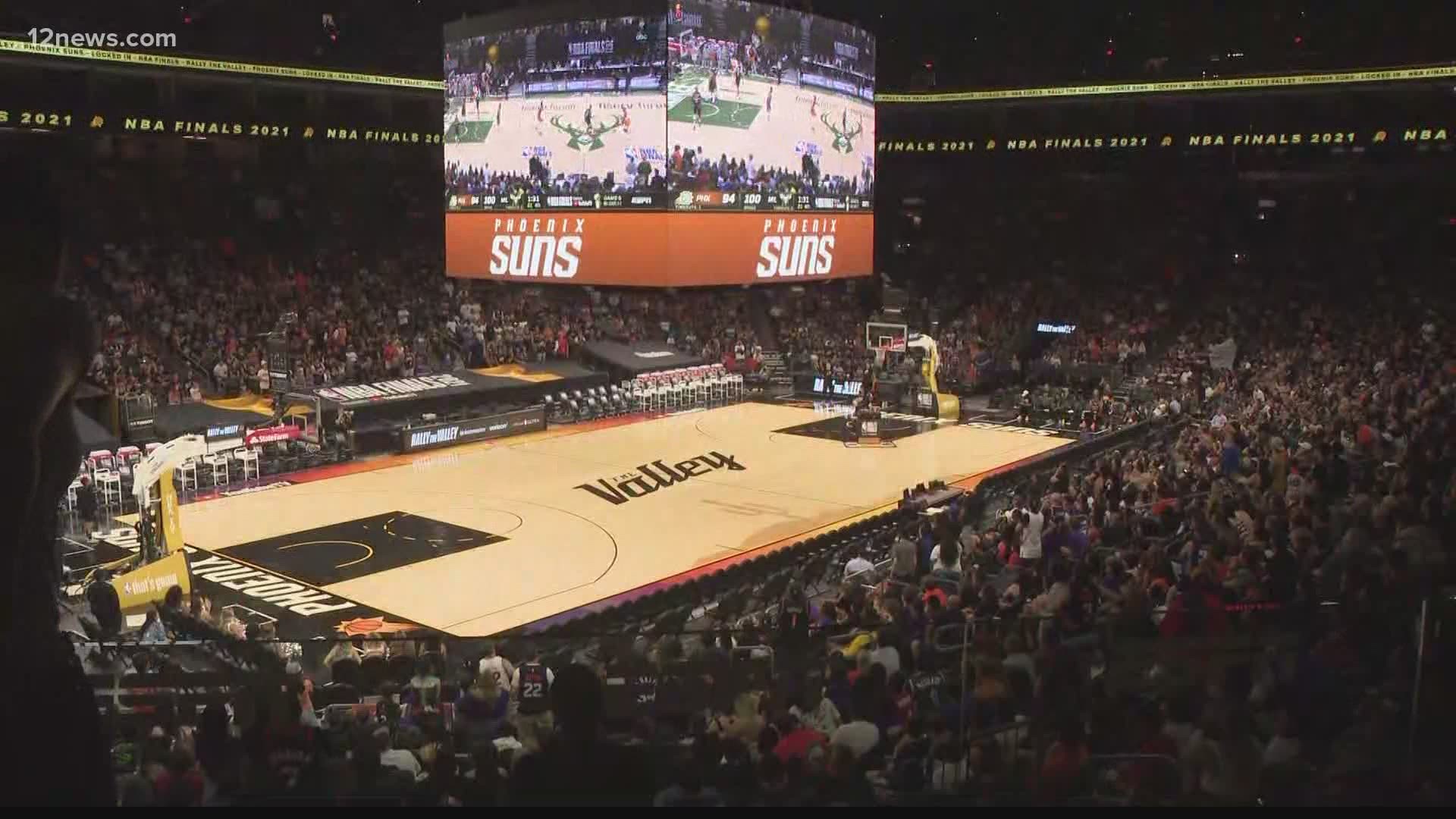 MILWAUKEE — The Milwaukee Bucks beat the Phoenix Suns 105-98 Tuesday night and are now NBA Champions for the first time in 50 years.

With Suns' floor general Chris Paul on the floor and Scott Foster officiating, Fans feared things would look somewhat questionable for the Suns. Paul has lost 12 postseason games while Foster has been officiating.

Both teams started off slow.

Jrue Holiday, a crucial player in Game 5, began Tuesday's game 0-3. As the game continued and the pace picked up, it caused the Bucks to turn the ball over profusely. Milwaukee ended the half with 10 turnovers.

But the Suns were not far behind, finishing with seven turnovers.

Devin Booker, who had back-to-back 40 point games, only scored four points in the half.

Yet, coming off the bench, Suns' Cam Payne and Bucks' Bobby Portis contributed 10 points each.

Giannis Antetokounmpo had 17 points going into the half.

Paul continued to be assertive in the half. Antetokounmpo, however, wasn't going to let Paul outshine him. The Greek Freak added 20 points in the third quarter alone.

Deandre Ayton picked up his fourth foul, leading Frank Kaminsky to come in.

Portis hit a few big shots that ignited the crowd throughout the half. He also received a technical foul as he ran the length of the court after picking up a foul he felt was poorly charged to his stat line.

The game came down to the wire like Game 5 as the third quarter ended in a tie at 77.

The fourth quarter was a battle. But Antetokounmpo would excel at the free-throw line by converting on 17-19 attempts, and Khris Middleton would hit big shots to help the Bucks glide past the Suns, 105-98. Allowing them to hoist the Larry O'Brien trophy.

It was a historic night for Antetokounmpo, scoring 50 points, 14 rebounds, 5 blocks and 2 assists.

Paul ended the night with 26 points, 2 rebounds and 5 assists

Thank you @Suns for an incredible season. 💜 #RallyTheValley now and forever. 🧡 pic.twitter.com/8gzG5KNpts