There were plenty of upset wins on Sunday including Washington taking out Tampa and Carolina beating Arizona, but we also saw some top teams assert themselves. 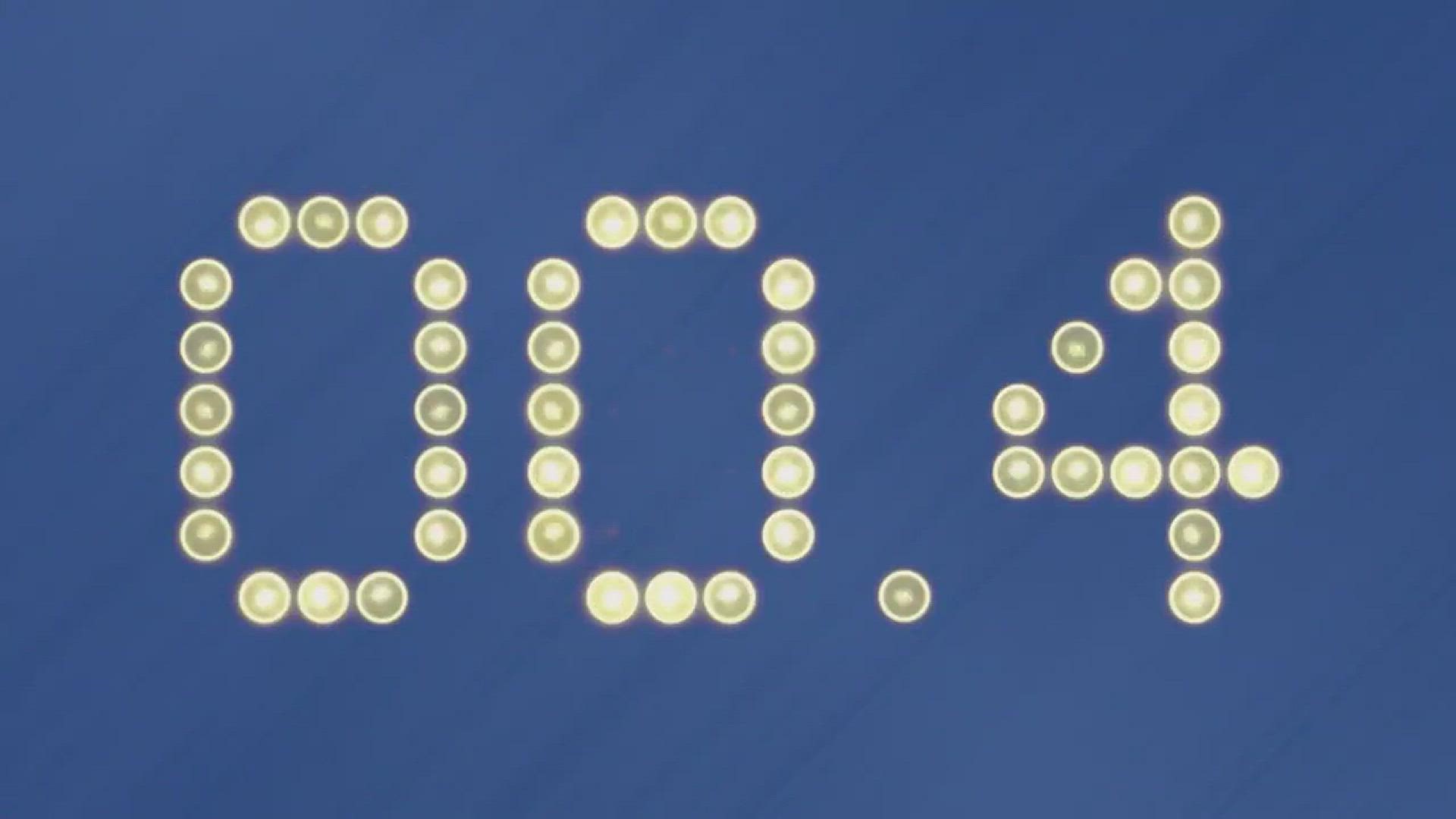 LAS VEGAS — It's been a strange NFL season. That's something many of us can agree on. It's hard to find teams with any sort of week-to-week consistency, there's constantly puzzling upsets and injuries have hampered many teams league-wide.

Week 10 was no different. We had plenty of upsets with five underdogs winning their games outright. It was also a bounce back spots for some teams who went down last week.

Check out some of the other top storylines from Sunday's NFL action.

Get caught up on all things NFL with the Locked On NFL podcast, your daily podcast for NFL news, analysis, rumors and predictions.

Are the Kansas City Chiefs back? That is the question after we saw a complete game from the Chiefs and a dominating performance against a strong Raiders team.

Patrick Mahomes threw for 406 yards, five touchdowns and no interceptions. Travis Kelce had eight catches for 119 yards and Tyreek Hill had two touchdowns. Everything was clicking.

With the win, the Chiefs are finally back on top of the AFC West division, after they were in last place for multiple weeks this season. They're now 6-4 and have a chance to prove a lot more next week when they face the Dallas Cowboys at home.

Cam Newton is back, Panthers blow out Cardinals

We saw magic with Colt McCoy and the backups last week when they came in for the Cardinals and blew out the San Francisco 49ers. Arizona was without Kyler Murray and DeAndre Hopkins for a second-straight week as the Carolina Panthers came to town on Sunday, but it was a different story.

The Panthers dominated the game from the outset, with Cam Newton scoring their first touchdown of the game. P.J. Walker took most of the snaps, but Newton did come in for a handful of plays and rushed for a TD and threw for another.

Meanwhile, the No. 1 team in last week's Locked On NFL Power Rankings goes down in rough fashion, but how much can you knock the Cardinals for the loss? It was their second-straight week without Murray and Hopkins and they're now 8-2 on the year.

They have dropped two of their last three games now and have the Seahawks on the road next week. They're going to need Kyler back.

One of the more inexplicable games of the day was in Maryland on Sunday as the Washington Football Team defeated the Tampa Bay Buccaneers 29-19.

Tom Brady threw two interceptions, but other than that, there wasn't much that caused Tampa to lose other than they were outplayed on both sides of the ball.

Taylor Heinicke wasn't incredible, but he did complete 81% of his passes for 256 yards and a touchdown. He completed numerous first downs down the stretch to seal the game.

From @LockedWFTPod -- and from @FedExField -- the @WashingtonNFL shock the #NFL world with their most complete performance of the season -- 29-19 win over Tom Brady & the #Bucs #GoBucs #WashingtonFootball pic.twitter.com/apzssRElJU

"It has nothing to do with ability," Bucs head coach Bruce Arians said, via ESPN's Jenna Laine. "It's about execution and being a smart football team. We're a very dumb football team. And that's a reflection on the coaches."

The Bucs were No. 2 in the Locked On NFL Power Rankings last week, so they will likely drop a couple spots as well.

Cowboys, Packers get bounce back wins

The Dallas Cowboys were embarrassed last week in a blowout loss to the Broncos at home. That wasn't going to happen this week.

Dallas won the toss, took the ball and went right down the field to score and they never looked back. They went on to defeat the Falcons by a score of 43-3. Cowboys defensive coordinator Dan Quinn and his defense shut down his former team.

"We just wanted to capture our style and identity," Quinn said after the game. "When you don't have it, you really notice it. Leaving the Minnesota game, our style was back, how we like it. When we have one that you don't, it shows up. That's what we challenged one another on. Let's make sure we capture our style and attitude and how we play. I thought the players did a fantastic job of that. It was definitely complimentary football all the way through tonight."

Dak Prescott was much better this week, throwing for 296 yards and two touchdowns. Ezekiel Elliott had two rushing touchdowns for the Cowboys.

Meanwhile, in Green Bay, Aaron Rodgers made his return from COVID-19 and Russell Wilson returned from a finger injury that kept him out for multiple weeks.

Both offenses had a lot of trouble, but it was the Packers that ended up pulling away for a 17-0 shutout win.

Rodgers had no touchdowns, but threw for 292 yards and was picked off once.

Green Bay's defense turned Seattle over twice and allowed just 208 yards. It's the second-straight week that the Packers defense has looked very impressive.

Green Bay moves to 8-2 on the year and they'll take on the Vikings next week.

The #Packers defense carried them to a 17-0 win in the return of Aaron Rodgers. How it did it happen? pic.twitter.com/X0wkIWG4WO 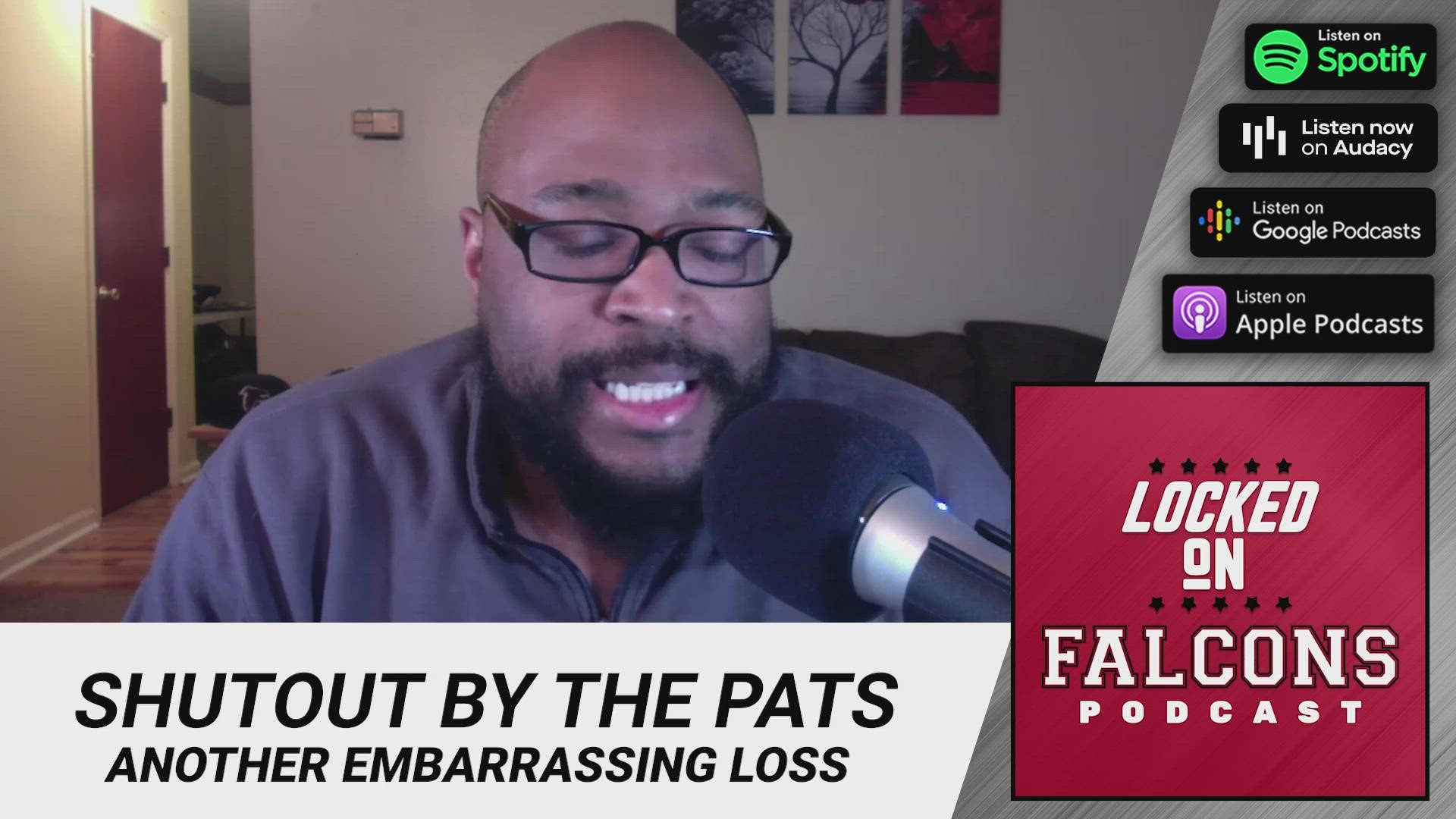 Another embarrassing loss by Atlanta Falcons vs Patriots | Locked On Podcast