From what the Falcons will do at No. 4 to expected early selections of hometown kids like Trevor Lawrence and Justin Fields, Thursday is a big night. 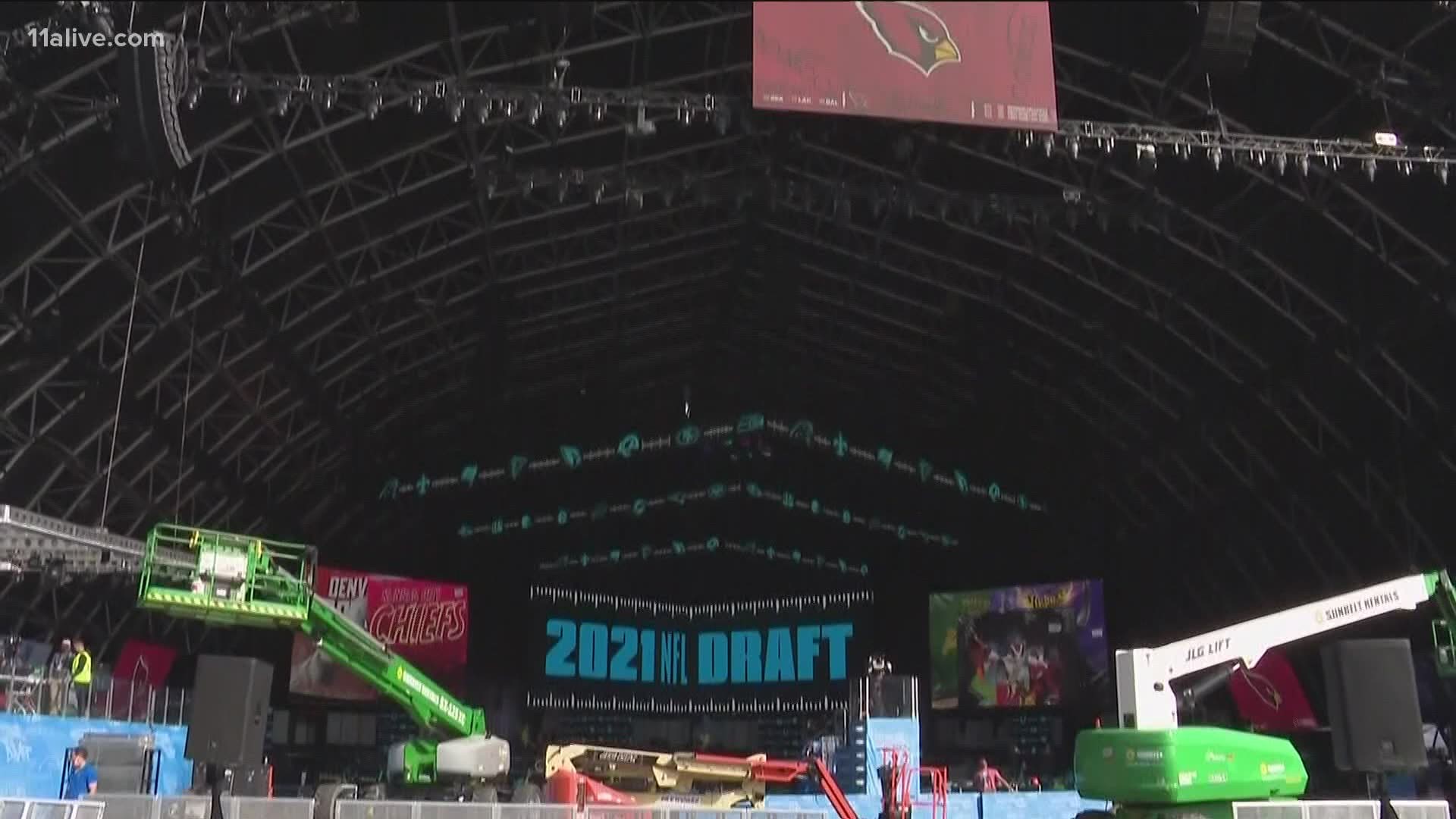 ATLANTA — When the NFL Draft gets going on Thursday night, Atlanta will be playing a leading role.

High school stars from the Atlanta area are expected to be among the top quarterbacks picked, and the Falcons are one of the most intriguing teams in the draft at No. 4.

The No.1 pick is all but assured to be Trevor Lawrence, a Cartersville High School alum. There's virtually no doubt that the Jacksonville Jaguars will take Lawrence, who left Bartow County and went to Clemson to become one of the biggest quarterback prospects of all-time.

RELATED: The ultimate NFL mock draft for 2021: who will your team pick?

It's such a lock, Jacksonville fans raised $10,000 for his wedding registry - and in turn Lawrence and his wife donated $20,000 to charities in the city. Not the kind of thing you typically do when you might wind up living in, say, San Francisco.

Here's what else is connecting Atlanta to the first night of the Draft:

The excitement kicks off tonight at 8 p.m.