The three-time NBA Sixth Man of the Year doesn't miss an opportunity to influence the next generation of basketball players in Gwinnett. 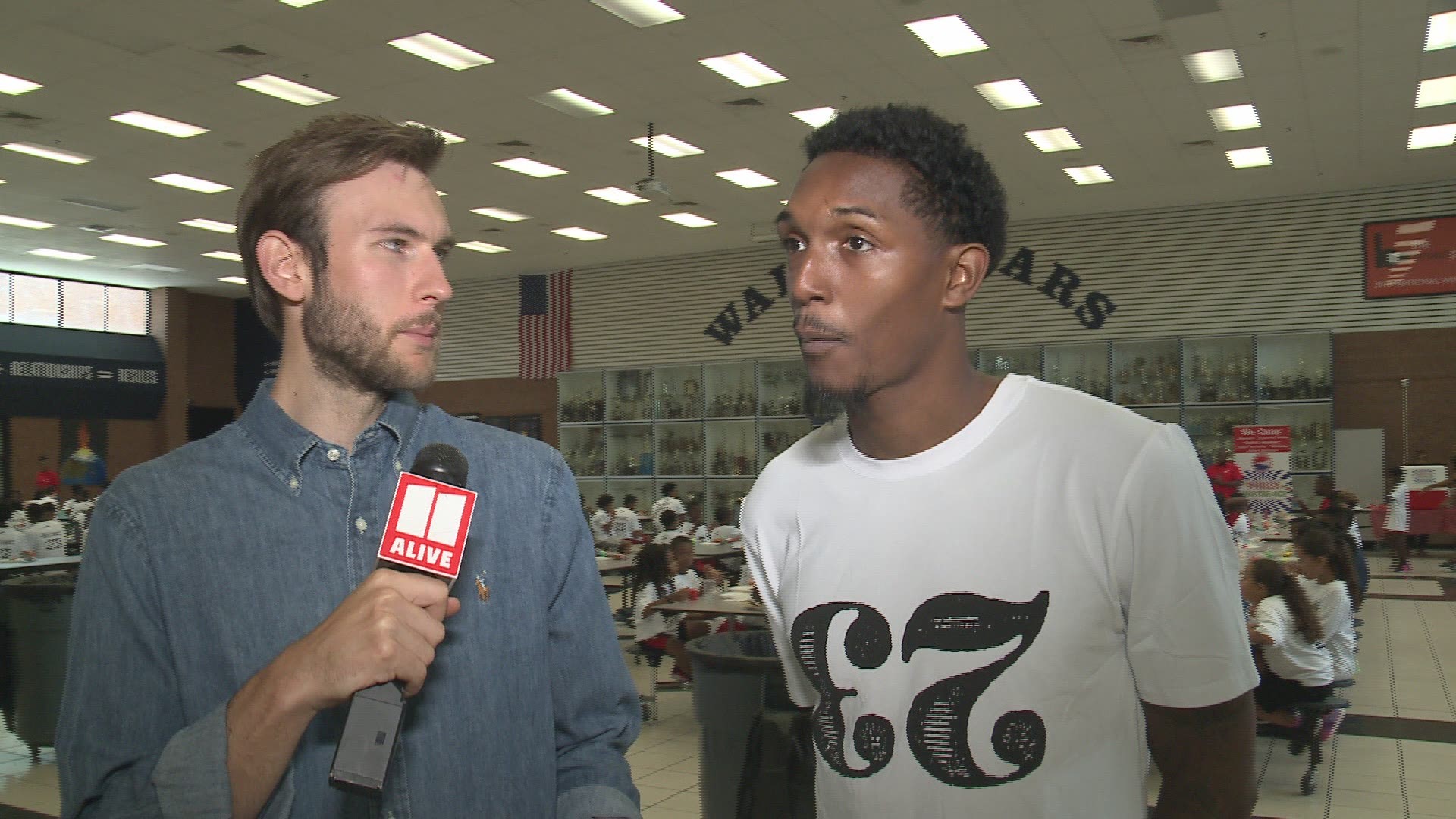 "I'm starting to realize that people don't want me to do that no more, now they want me to do something else," Williams said on Thursday.

That change will not be coming to Williams' game anytime soon, as he sees it.

"That's my lane. That's my legacy," he explained. "We'll keep winning them until we can't no more."

Another part of Williams' legacy takes place at South Gwinnett High School each summer. The Clippers' specialist hosts a youth basketball camp there - 14, now - to be exact.

(Williams told me he's lost count. That's a good sign, when you are sharing your time with the community.)

"I didn't have the opportunity to go to camps until I was in high school, when we would do team camp in high school. That experience always stuck with me," he said.

Williams missed out. Now, Gwinnett County basketball players no longer have to.

"Being a youth, I really didn't go to a lot of after-school activities. I didn't have the resources or funds in my family," he explained. "To have the opportunity to do it for these kids at an affordable price means a lot to me."

The Clippers added free agent and NBA Champion Kawhi Leonard to their ranks this off-season. That signing was arguably the most intriguing, if not the most mysterious, of free agency.

Williams let Leonard have his space.

"As a player, for us, privacy is important. Making decisions that's best for your family is important," he said. "I didn't speak to Kawhi throughout the process. I wanted him to make the best decision possible for him and his family, and what he wanted for his career to be, what he wanted his legacy to be."

"I'm happy to be a part of that process. Happy to have an opportunity to win at a high level with him," Williams said. "I look forward to getting to camp and getting to work with him."