The Falcons tweeted the former quarterback would be in Madden 20. 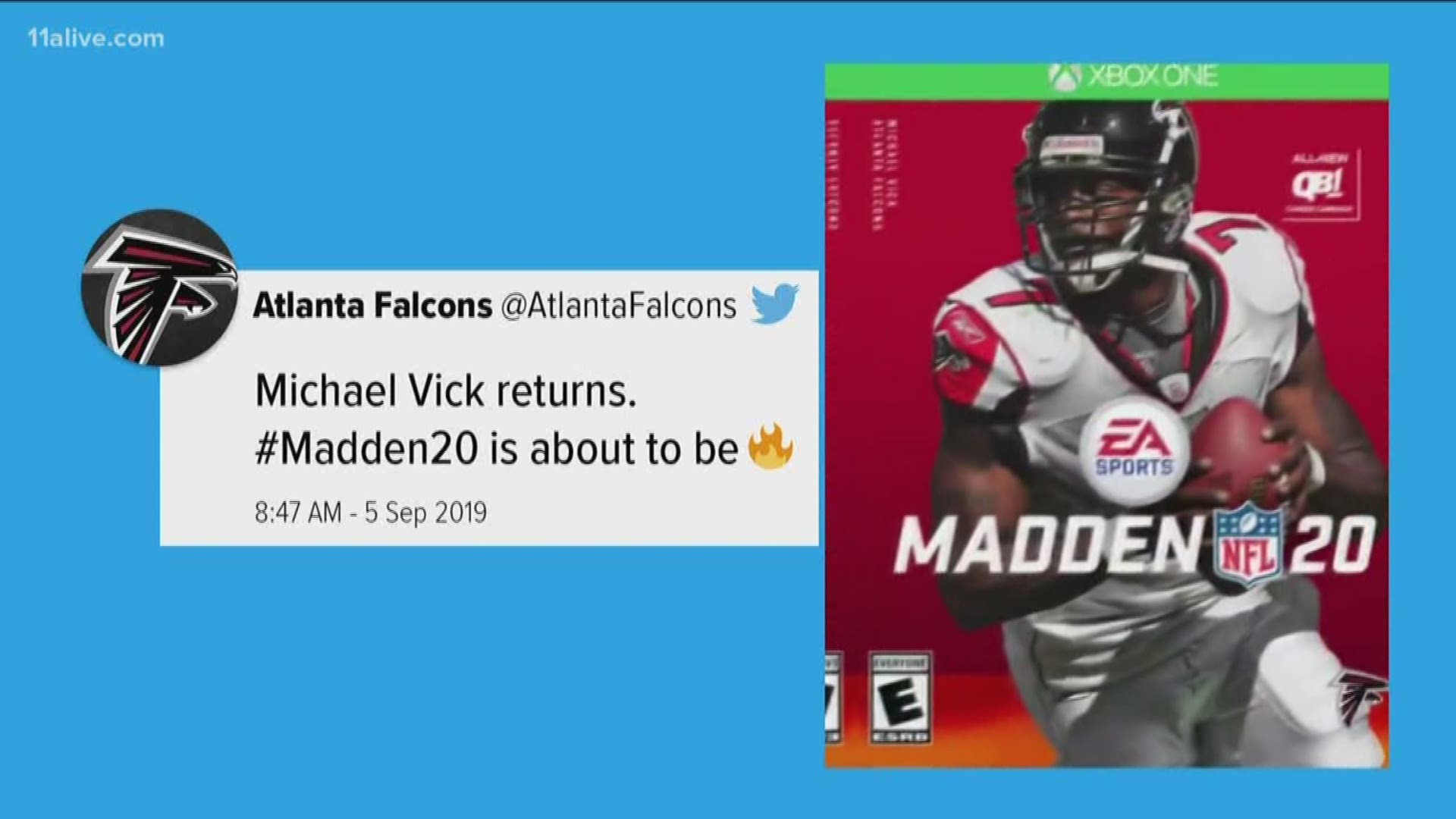 ATLANTA — One of the most legendary sports video game athletes of all-time is returning to Madden.

The Falcons tweeted on Thursday that former Atlanta quarterback Michael Vick would be in Madden 20. EA Sports, the maker of Madden, also confirmed his appearance in tweets.

Vick appeared on the cover of Madden back in 2004, and was seen as an unstoppable player in the game.

EA designed his character to be unusually fast for a quarterback, and players would often use him to drop back for a pass and then run through or around defenses.

EA Sports indicated Vick would be available in Superstar KO, a short-form feature of the game.

He will also be available in Madden Ultimate Team, a mini-game feature within Madden.

With the Falcons, Vick was one of the biggest stars in the NFL in the early 2000s, beloved for his big arm and his even more dynamic running abilities.

His arrest and guilty plea to federal charges in relation to a dogfighting ring he ran tarnished his image for a time and interrupted his football career after the 2006 season.

He returned in 2009 and rehabilitated both his image and his career in Philadelphia, before he retired in 2017.

Last year, Best Friends Animal Society in Atlanta provided an update on the dogs who were abused in the dogfighting ring on the 10-year-anniversary of their arrival at the animal sanctuary in January 2008.