The award was voted on by a panel that included coaching legends Shula and Tony Dungy. 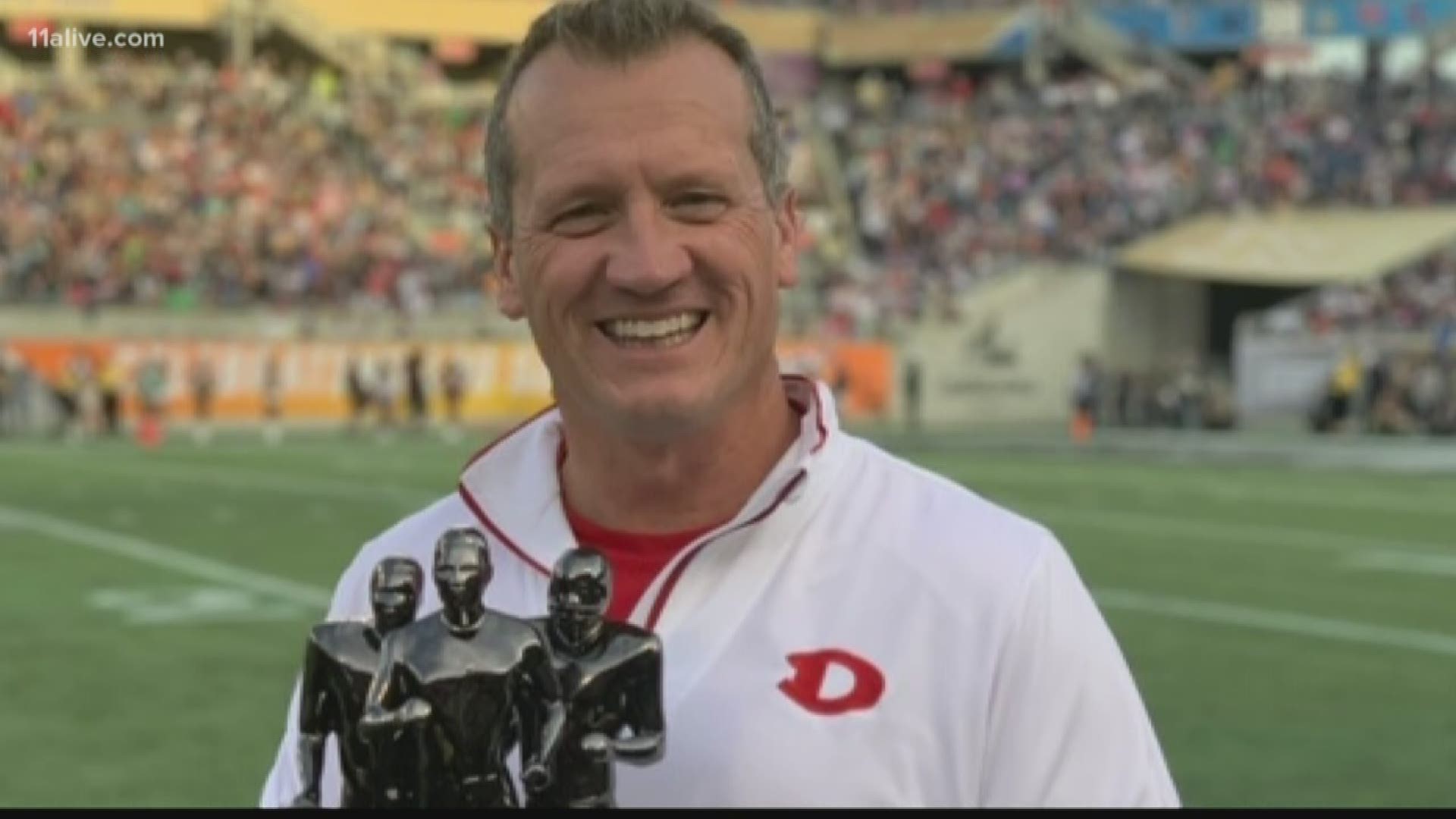 DALTON, Ga. — A north Georgia high school coach has been recognized by an NFL panel that includes coaching legends like Don Shula and Tony Dungy as the High School Coach of the Year.

The NFL announced Tuesday that Matt Land of Dalton High School was being honored with the award, which will come with a $15,000 prize from the NFL Foundation ($10,000 of which will go to the Dalton program) and tickets to the Super Bowl.

“Just to be mentioned in the phrase Don Shula is an honor in itself,” Land said in a release. “I think just the recognition of what the award stands for--it stands for integrity, achievement and making a difference in your community. That's why I coach. I love wins. I love championships, but at the end of the day, I want to see kids’ lives changed. I thank God that this is the way that he lets me do it.”

Land has coached the Dalton Catamounts since the early 1990s and has sent more than 20 players to college football programs, the NFL said.

“We are incredibly proud of Coach Land for how he has represented his family, school, and the great state of Georgia – he truly is deserving of being named the Don Shula Coach of the Year,” Falcons owner Arthur Blank said in the release. “Coach Land’s commitment to his players and community over the last 10 years is a genuine reflection of his character and further demonstrates the life skills taught in and through football by coaches like him make an impact far beyond gameday.”

According to his Twitter feed, Land also recently attended the Pro Bowl and met with other coaches and NFL figures, including Drew Brees.