Kyle Wright, who struggled at times this season, has turned a corner and his dad Roger told 11Alive he saw this coming all along. 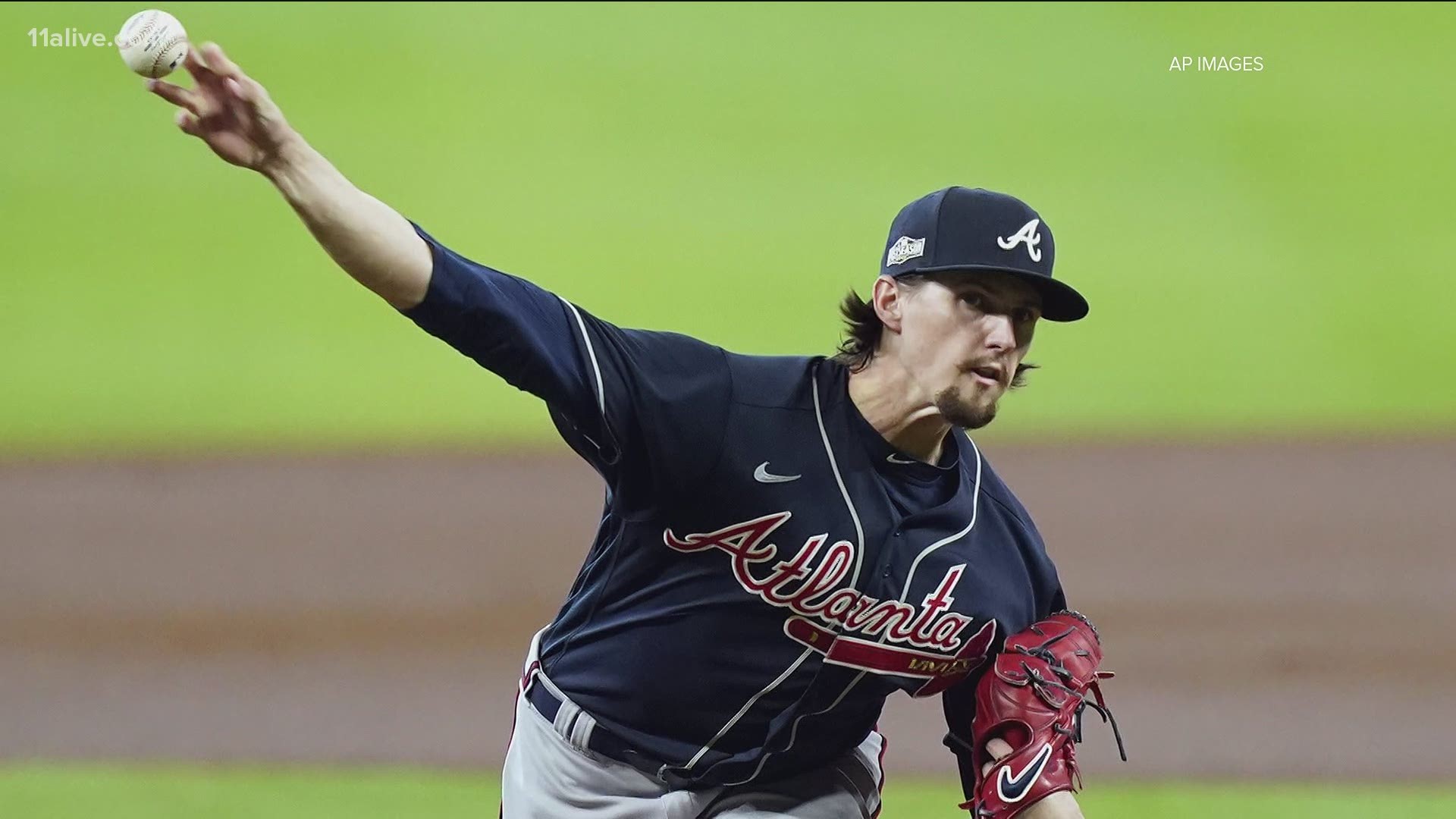 ARLINGTON, Texas — Wednesday night was Game 3 of the National League Championship Series between the Atlanta Braves and the Los Angeles Dodgers.

The pitcher for the Braves is 25-year-old Kyle Wright.

One of the biggest surprises of the postseason has been the starting three young pitchers for Atlanta, including Wright.

They've managed to string together a slew of shutouts and keep the hit counts to a minimum.

RELATED: Braves advance to NLCS for first time in 19 years with sweep of Marlins

Wright, who struggled at times this season, has turned a corner and his dad Roger told 11Alive Sports he saw this coming all along.

Our team was inside Globe Life Field with more on what will be one of the biggest games, so far, of his young life.

RELATED: One Braves fan could be the good luck charm