The team is expanding its capacity to 50 percent for its second homestand. 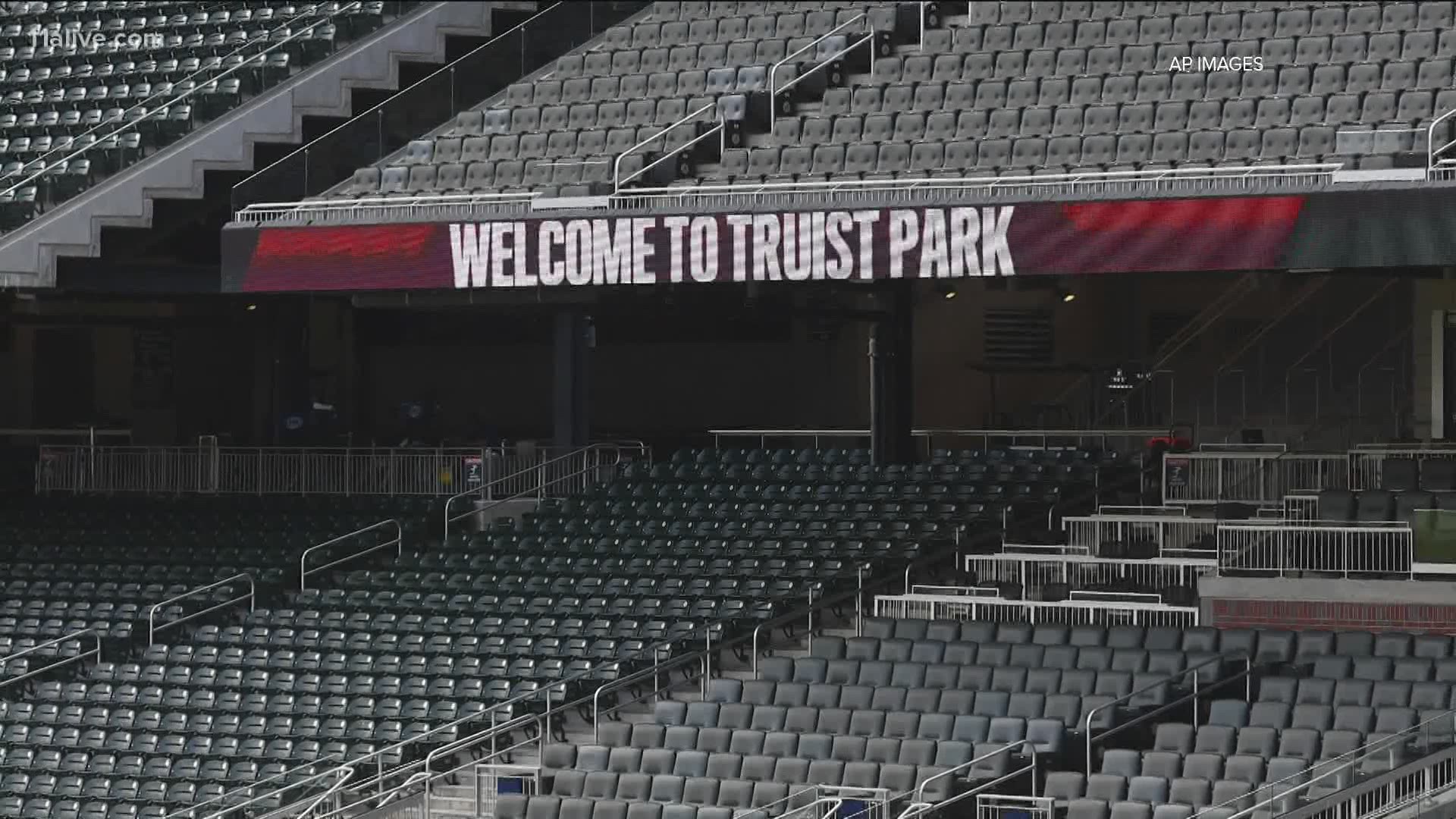 ATLANTA — The Atlanta Braves plans to welcome a larger crowd into the stadium in late April.

The team has expanded its capacity to 50 percent for its second homestand. The new capacity limit will go into effect on April 23 with a three-game series versus Arizona Diamondbacks followed by a four-game series against the Chicago Cubs (April 26-29).

This news comes nearly three weeks after the Atlanta Braves announced that fans would be allowed back in the stadium for its home opener on Friday, April 9. That will be the first time fans have been there since October 2019. The capacity for that Truist Park game is set at 33 percent.

“After reviewing our seating pods, we feel expanding capacity to 50 percent will still allow for our fans to be safely distanced from other seating pods,” said Derek Schiller, President, and CEO of the Braves.

Due to the COVID-19 pandemic, seating will be modified around the ballpark in socially distanced pods (primarily two and four fans each). Attendees will need to wear masks when not actively eating or drinking. Other safety measures include mobile ticketing for a contactless experience along with enhanced sanitation.

“As we previously mentioned we will review seating and make any necessary changes as the season progresses," Schiller emphasized.

The Braves season begins April 1 against the Phillies at 3:05 p.m. in Philadelphia.

Additional information on what to expect at Truist Park during the pandemic can be found on their official website.