According to a press release, one of the biggest items on the school's wish list was to find a place to host their special senior night game. 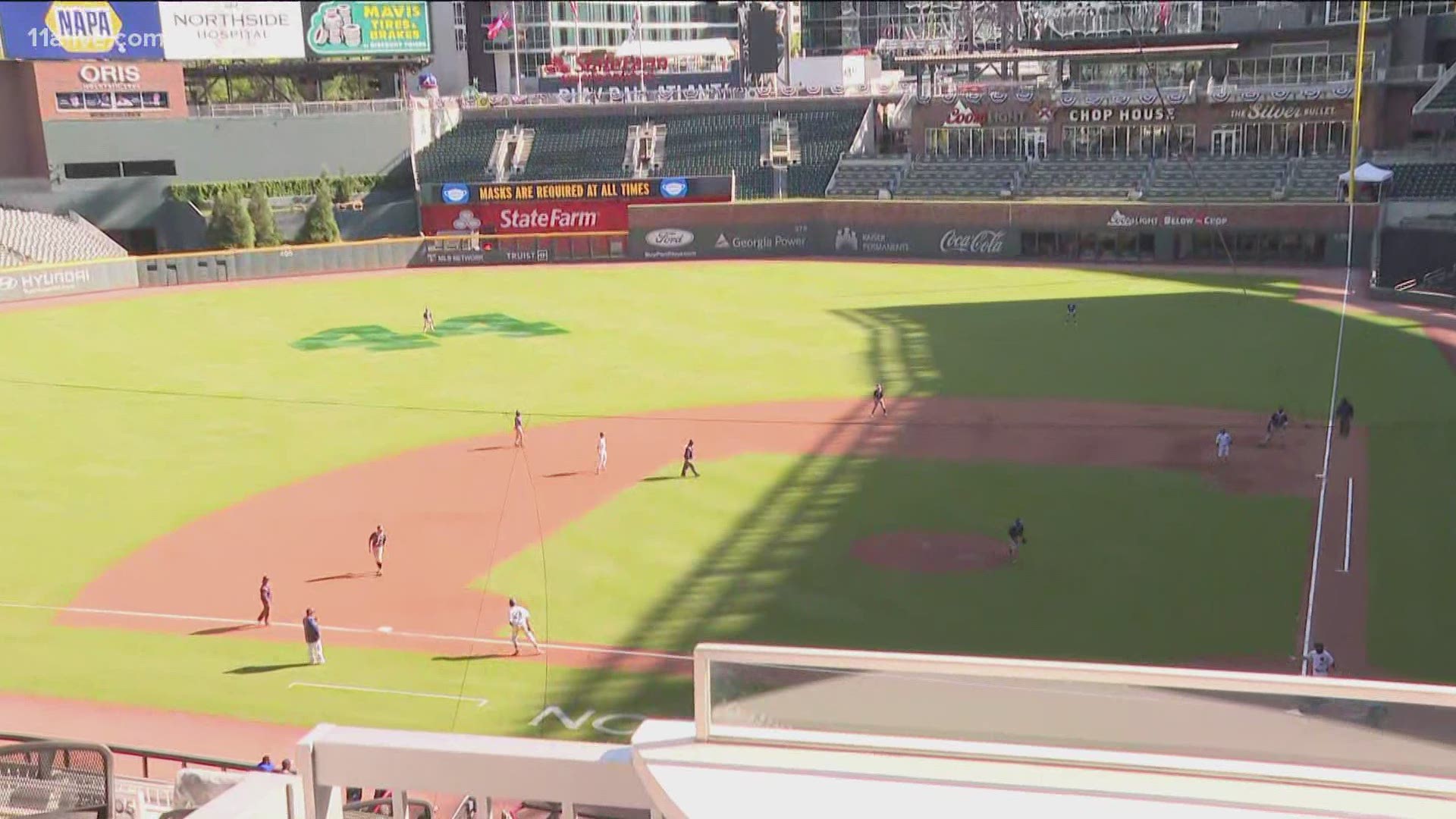 ATLANTA, Georgia — After the devastating aftermath of tornados ravaging through Newnan and Coweta County last month, the Newnan High baseball team has returned to play with the help of the Atlanta Braves.

The Braves hosted the Cougars home game once again on Wednesday,  but this time for their senior night ceremonies against Pebblebrook High School. According to a press release, one of the biggest items on the school's wish list was to find a place to host their special senior night game.

"I feel like as a community, we battled back," said outfielder Jett Lovett as he described the storm's impact on Newnan.

RELATED: Metro Atlanta team left without field after EF-4 tornado gets chance of lifetime from Braves

"The way everybody has reached out to us and showed support, it's been amazing," said Newnan infielder Michael Maginnis.

Braves pitcher Will Smith, a native of Newnan has also started an online auction with all proceeds benefiting the American Red Cross in their tornado relief efforts. The organization said all funds raised will be matched by Smith and the Atlanta Braves.

The Cougars most recently played at the Braves home field on April 17 against the North Cobb Christian Eagles.