Atlanta over Los Angeles 5-1 in opener 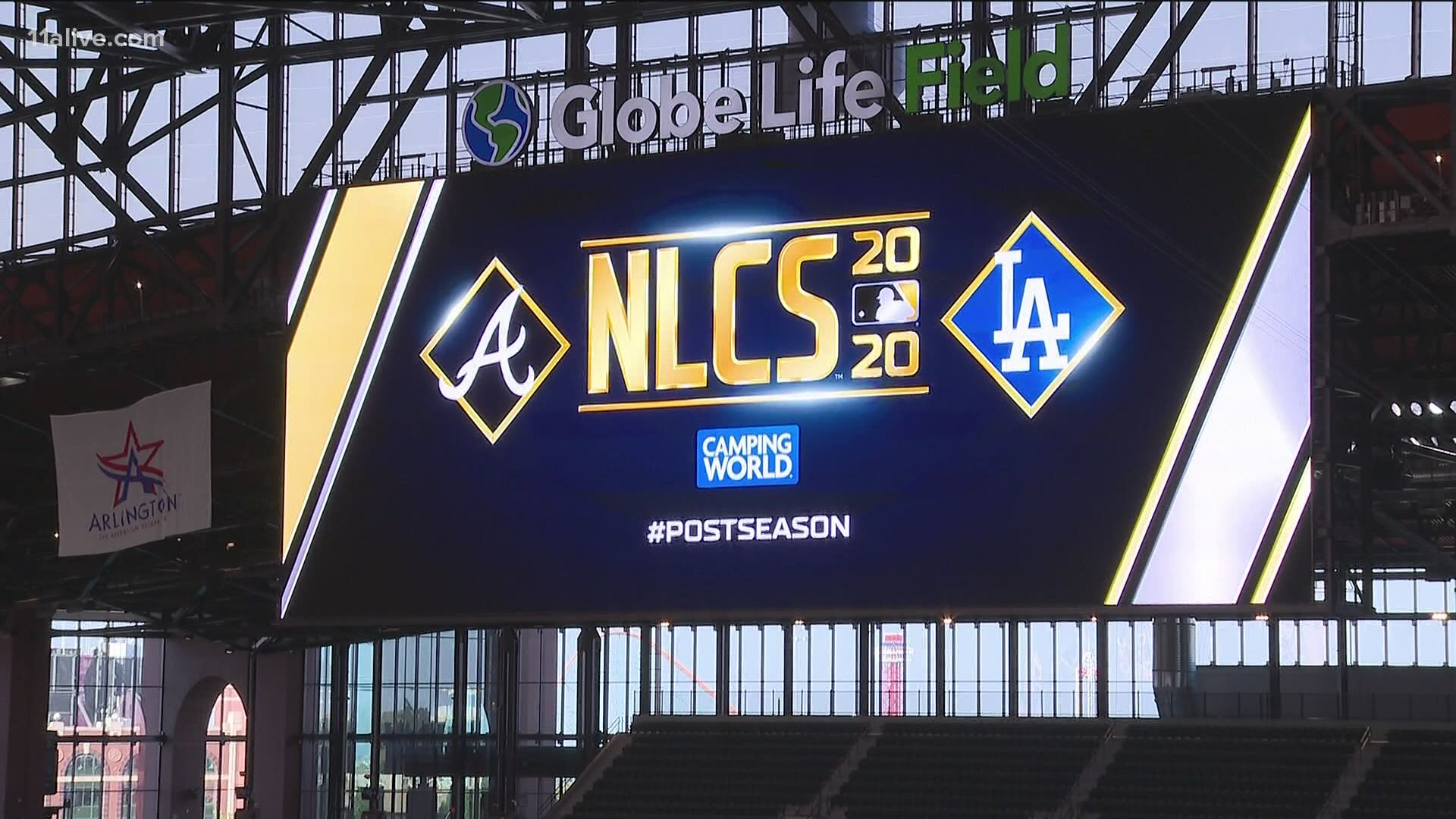 ARLINGTON, Texas — Austin Riley led off the ninth inning with a tiebreaking homer that sparked a four-run outburst, and the Atlanta Braves opened their first National League Championship Series since 2001 with a 5-1 win over the Los Angeles Dodgers.

Riley, the No. 9 batter in the Braves lineup, hit a 448-foot blast off Blake Treinen. Ozzie Albies later added a two-run shot off another reliever.

It was the first MLB game this season with fans. Freddie Freeman hit a solo homer in the first for Atlanta.

The Los Angeles Dodgers are having trouble figuring out the back end of their bullpen.

Blake Treinen surrendered Austin Riley’s tiebreaking home run leading off the ninth inning, and the right-hander combined with lefty Jake McGee to give up four runs in Atlanta’s 5-1 victory over the Dodgers in the NL Championship Series opener.

Treinen and McGee were two of the ninth-inning options because Kenley Jansen, the club’s career leader in saves, has been struggling with his velocity and command.