The Braves are on a roll! 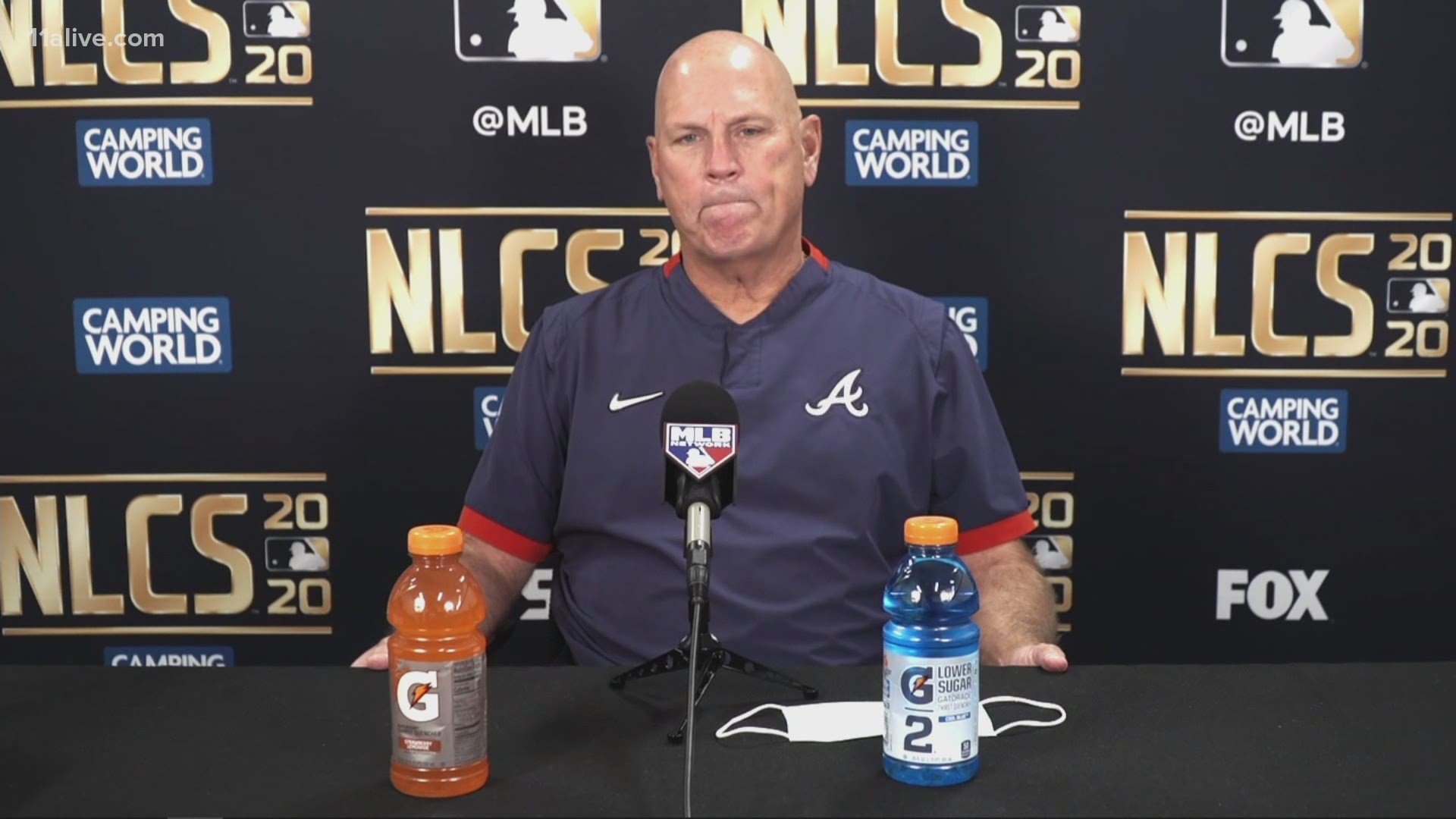 ARLINGTON, Texas — Update: The Atlanta Braves are on a roll. The Braves beat the Los Angeles Dodgers in the second game of the National League Championship Series.

If the Los Angeles Dodgers want to avoid falling into an 0-2 hole against the Atlanta Braves in Game 2 of the NL Championship Series, they are going to have to do so without their starting pitcher.

Clayton Kershaw has been scratched from his start due to back spasms. The Dodgers announced the decision on their longtime ace about six hours before the first pitch in Arlington, Texas. Right-hander Tony Gonsolin will start in Kershaw’s place in Game 2.

Meanwhile, the Dodgers aren't the only ones facing injuries.

Braves outfielder Adam Duvall will miss the rest of the postseason because of an injury to his left side. He was replaced on the Braves’ roster by infielder Johan Camargo.

Duvall will not be eligible to play in the rest of the postseason.

The Braves are playing in their first NLCS in 19 years. To this point, the Braves have not lost a game in these expanded 2020 playoffs.

The Dodgers, meanwhile, have been to the World Series in two of the last three years.