With good start to game, Braves end up falling short against Cardinals

The game was tied 3-3 going into the ninth inning, until Marcell Ozuna and Kolten Wong for St. Louis hit two-run doubles. 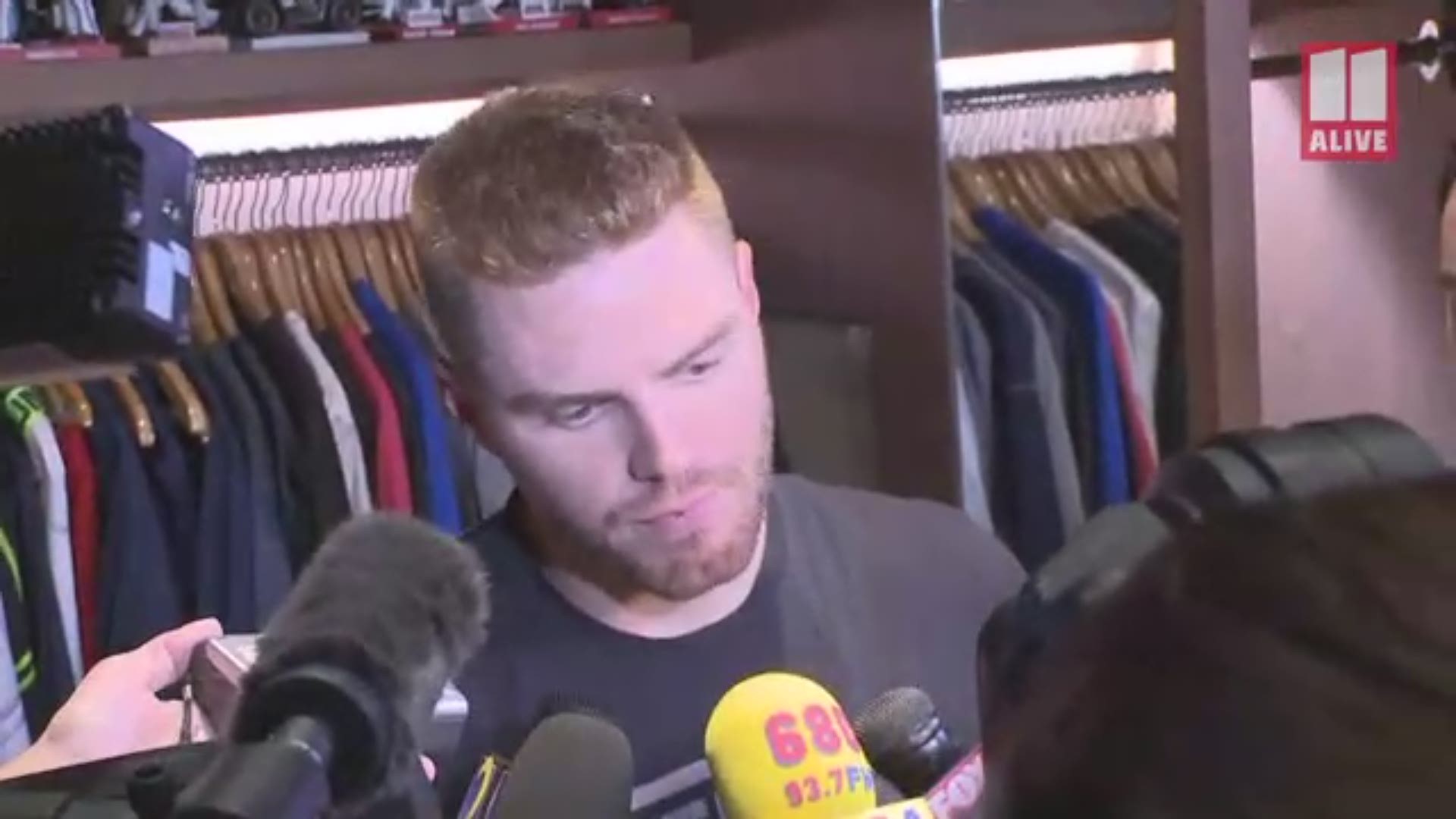 ATLANTA — The Braves fell to the St. Louis Cardinals 7-6 in Game 1 of the National League Division Series on Thursday night at SunTrust Park.

The game was tied 3-3 going into the ninth inning, until Marcell Ozuna and Kolten Wong for St. Louis hit two-run doubles.

The Braves performed well late in the regular season, but things fell apart Thursday night. Chris Martin had to exit the game during his warm-up tosses. According to the Braves, Martin was forced out with left oblique tightness.

RELATED: The Braves can win the World Series. Here's why.

Luke Jackson entered the game for Martin, leading 3-1 in the eighth inning, and gave up a solo home run to Paul Goldschmidt on the second pitch. Jackson and Mark Melancon combined to give up six runs in the final two innings.

Controversy surfaced with Acuña during the seventh inning. On a long drive to right field he watched the ball travel in the air. It stayed in the ballpark and Acuña had to stop at first, instead of ending up on second.

Acuña later moved on to second base, but he could've been on third. He was doubled off on a line drive.

RELATED: Braves in the playoffs: Everything you need to know

Back in mid-August, Acuña was benched for a similar reason for lack of hustle against the Dodgers.

Game 2 will be played Friday at 4:37 PM at SunTrust Park.  Atlanta has not won a postseason series since 2001.

Looking back on the notorious 'infield fly game'

Can rugby become the next soccer in Atlanta?

Coca-Cola plans to launch energy drink in U.S. next year