The Braves' offense came alive in the ninth inning off a pair of RBI doubles courtesy of Dansby Swanson and Adam Duvall to steal Game 3 in St. Louis. 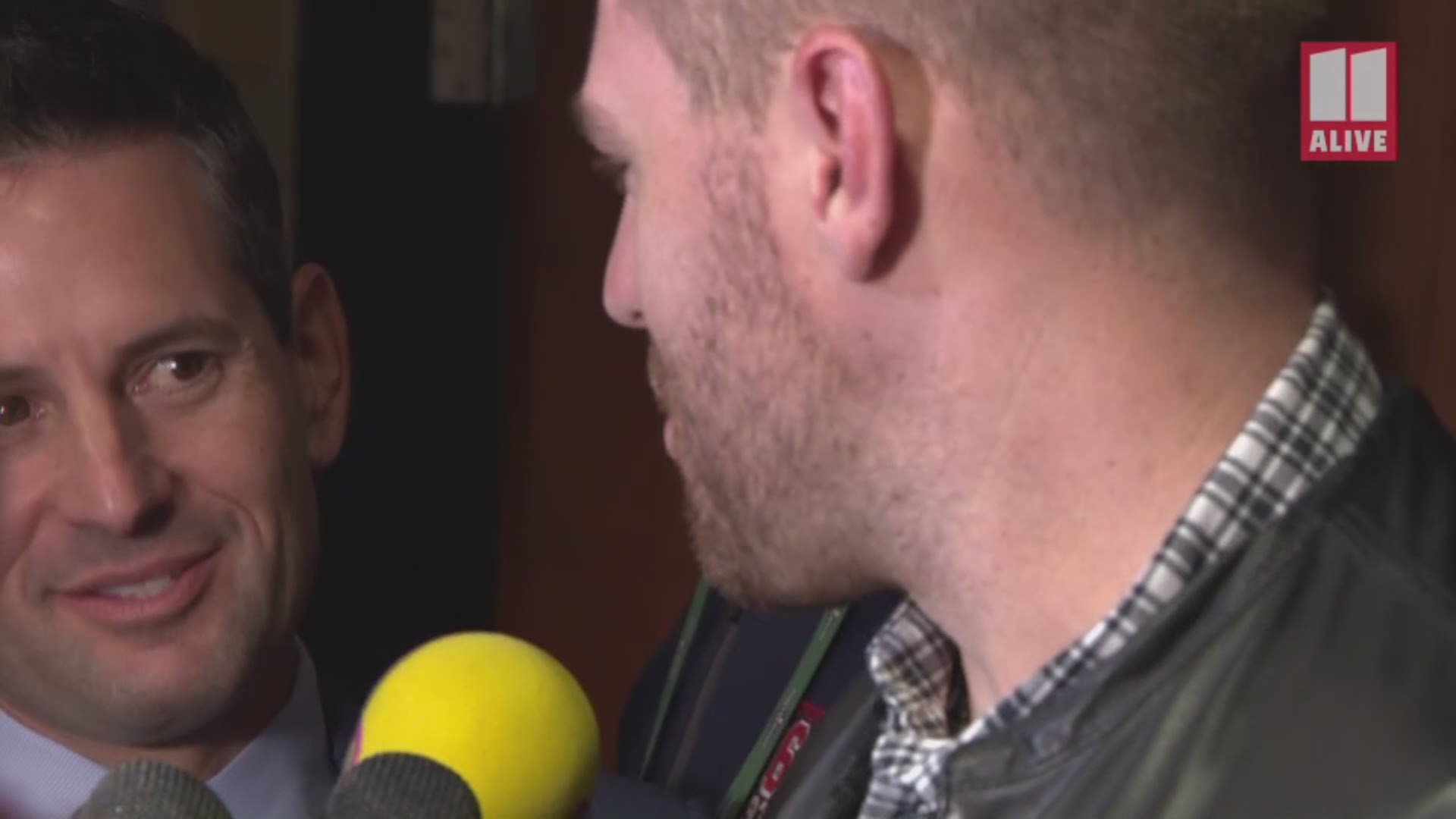 A wild turn of events in the bottom of the ninth inning in Game 3 of the NLDS resulted in a 3-1 win for the Atlanta Braves Sunday night at Busch Stadium.

Most importantly, though, they hold a 2-1 series lead over the Cardinals - a feat they haven't accomplished since 2002.

Josh Donaldson ignited the comeback with a two-out double with Carlos Martinez on the mound, and manager Brian Snitker inserted pitch runner Billy Hamilton to strengthen the Braves’ chances of scoring the tying run.

The Cardinals decided to intentionally walk veteran Brian McCann and challenged Dansby Swanson to deliver in the clutch. Swanson did just that with an RBI-double of his own and drove in Hamilton for the game-tying run at 1-1.

"I love Dansby in those situations - I always have," Snitker said of the Cardinals testing their luck with Swanson at the plate. "That kid lives for that moment, and he's been big for us the last few years since he's been up."

Following Swanson's at-bat, Adam Duvall played the hero role again, smacking an RBI-double to center field to give the Braves their first lead of the game.

After regaining the lead, Snitker went with Mark Melancon to close the game instead of Luke Jackson, who was also in the bullpen warming up.

However, starting pitcher Mike Soroka pitched an exceptional game. The 22-year-old pitcher gave up two hits and one run in seven innings pitched.

The Braves will look to secure a Game 4 win Monday that would advance them to the NLCS for the first time since 2001. The Cardinals will send Dakota Hudson to the mound in hopes of saving their postseason, but it is undetermined who the Braves will start, although many believe Dallas Keuchel will get the nod.