The Braves will head to the NLCS for the first time since 2001. 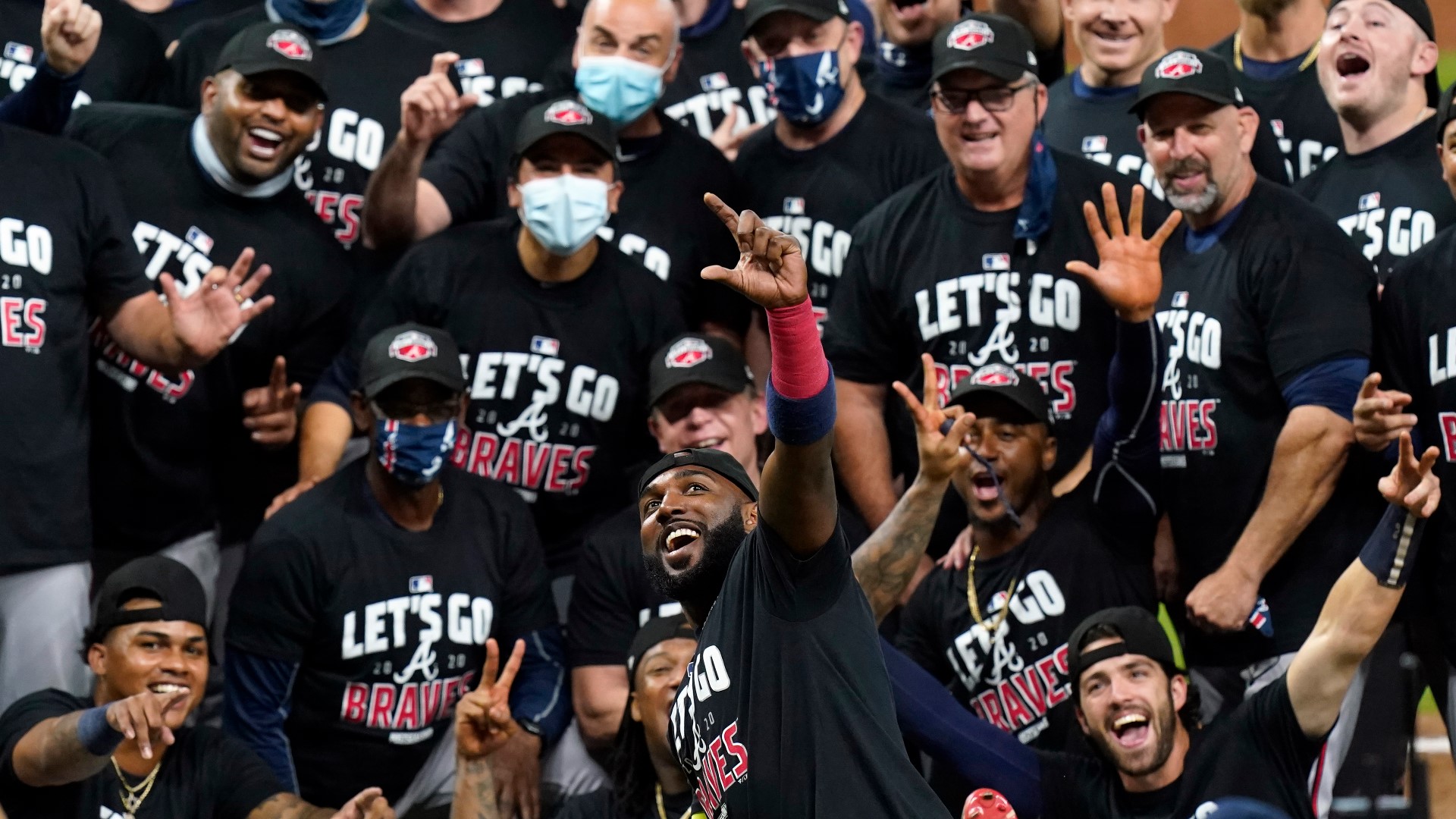 ATLANTA — The Atlanta Braves are providing sports fans with some much need joy in 2020.

The Braves swept the Miami Marlins on Thursday earning their spot in the National League Championship Series, which gets them one step closer to the World Series.

Masks and all, fans cheered in The Battery outside Truist Park as the team recorded the final out in the third game against the Marlins.

The Braves haven't advanced this far since 2001. At the NLCS, they'll be one series away from the World Series where they haven't been since 1999.

RELATED: Braves advance to NLCS for first time in 19 years with sweep of Marlins

Some fans told 11Alive that the bright spot of this year has been watching the Braves.

One person said that being able to cheer with others has brought some since of normalcy back to their life.

“It’s just wonderful to be around other fans and to be able to celebrate with everyone and cheer. It’s a party.”

The Braves have been inviting fans to watch games at The Battery with added COVID-19 safety measures since the start of the season.

Fans over 3-years-old are required to wear masks, unless they are sitting or consuming food and drinks.