Freddie Freeman finally broke a scoreless tie in the 13th inning with a walk-off single to give Atlanta a 1-0 victory. 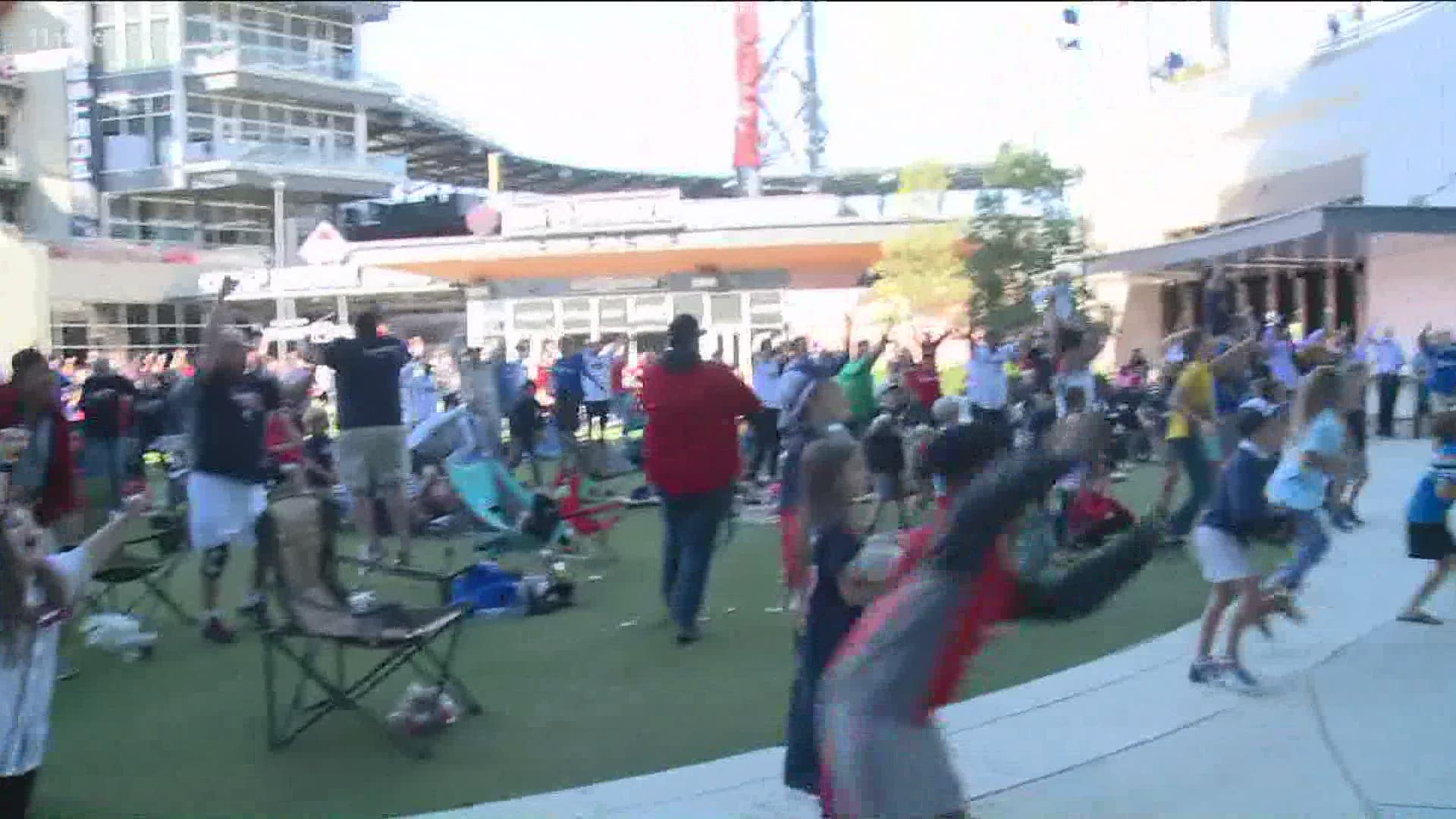 ATLANTA — UPDATE: The Braves beat the Reds, 1-0, in a 13-inning epic capped by a walkoff single by Freddie Freeman.

It was the the longest scoreless duel in postseason history, according to the Associated Press.

The Braves won the first game of a postseason series for the first time since 2001.

If they wrap up the best-of-three series Thursday, they'll snap a record-tying streak of 10 straight playoff round losses.

What began as a pitching showdown between between Cy Young contenders Trevor Bauer and Max Fried devolved into a strikeout contest. There were 37 in all.

Ready to sit down for some lunch and watch the Braves today?

Atlanta begins its playoff run with a relatively bright and early noontime start, hosting the Cincinnati Reds for a best-of-3 series in the Major League Baseball playoffs Wild Card Round.

The Braves come into the series having won the National League East division title, for the third year in a row, while the Reds finished second in the NL Central.

While the Reds only finished two games over .500 at 31-29 and earned the National League's seventh seed - to the Braves' second seed - they arrive in Atlanta one of the hottest teams in baseball, having gone 11-3 over their final 14 games to earn their place in the postseason.

Notably, they have a deep, sturdy rotation - the Braves' weakest point.

While Atlanta churned through more than a dozen starters - most of them, frankly, not very good - on Wednesday they'll trot out the one man who made it through the full season unscathed: Max Fried.

Fried, a left-hander, went 7-0 with a 2.25 ERA in 11 starts, striking out 50 batters in 56 innings. He proved to be the one steady cog in Atlanta's revolving-door rotation.

His opposite will be Cincinnati's Trevor Bauer, who managed to be even better than that - striking out an astounding 100 batters in 73 innings, with a 1.73 ERA.

Atlanta will be hoping their strength - a powerful lineup featuring NL MVP candidate Freddie Freeman, Ronald Acuña, Dansby Swanson, Marcell Ozuna and Travis d'Arnaud that scored the second-most runs in the league - will be able to beat Cincinnati's.

Hopefully for everyone around Atlanta, this year's postseason run ends on a happier note than last year's.