ATLANTA — Families near the Nashville, Tennessee area are trying to pick up the pieces after a series of tornadoes ripped through the area earlier this week.

To support those impacted, the Atlanta Braves are helping with disaster relief efforts.

"The Atlanta Braves, through the Atlanta Braves Foundation, are committed to supporting disaster relief efforts across Braves Country," the team said on its website. "In response to the March 3, 2020 tornado that devastated Nashville and the surrounding area, the organization will be supporting the Middle Tennessee Community Foundation."

You can make a donation online.

The Braves also posted a list of items the team is collecting that can be dropped off at Truist Park. Collection bins will be located at the executive offices and in the clubhouse store. The items will be delivered to the Community Resource Center Nashville, the Braves said.

For those who are not in metro Atlanta and still want to show support, the Braves suggested visiting the Community Resource Center's website.

"In the coming weeks, our friends in Nashville will need help in the recovery efforts. Please visit https://www.hon.org/ to volunteer for Tornado Recovery, or check in here at braves.com/relief for more information about a service trip with the Braves," the website said.

According to the Associated Press, the National Weather Service in Nashville reported at least six tornadoes in middle Tennessee during a series of storms that killed 24 people and caused massive damage. 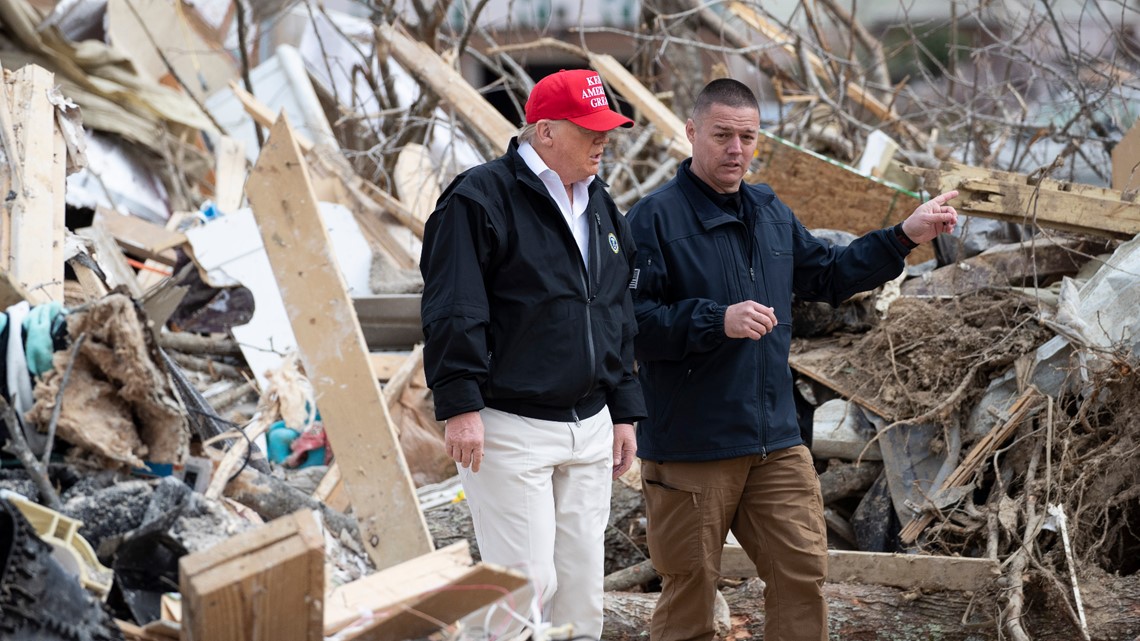