Swanson attended Marietta High School, where he broke records on the baseball field 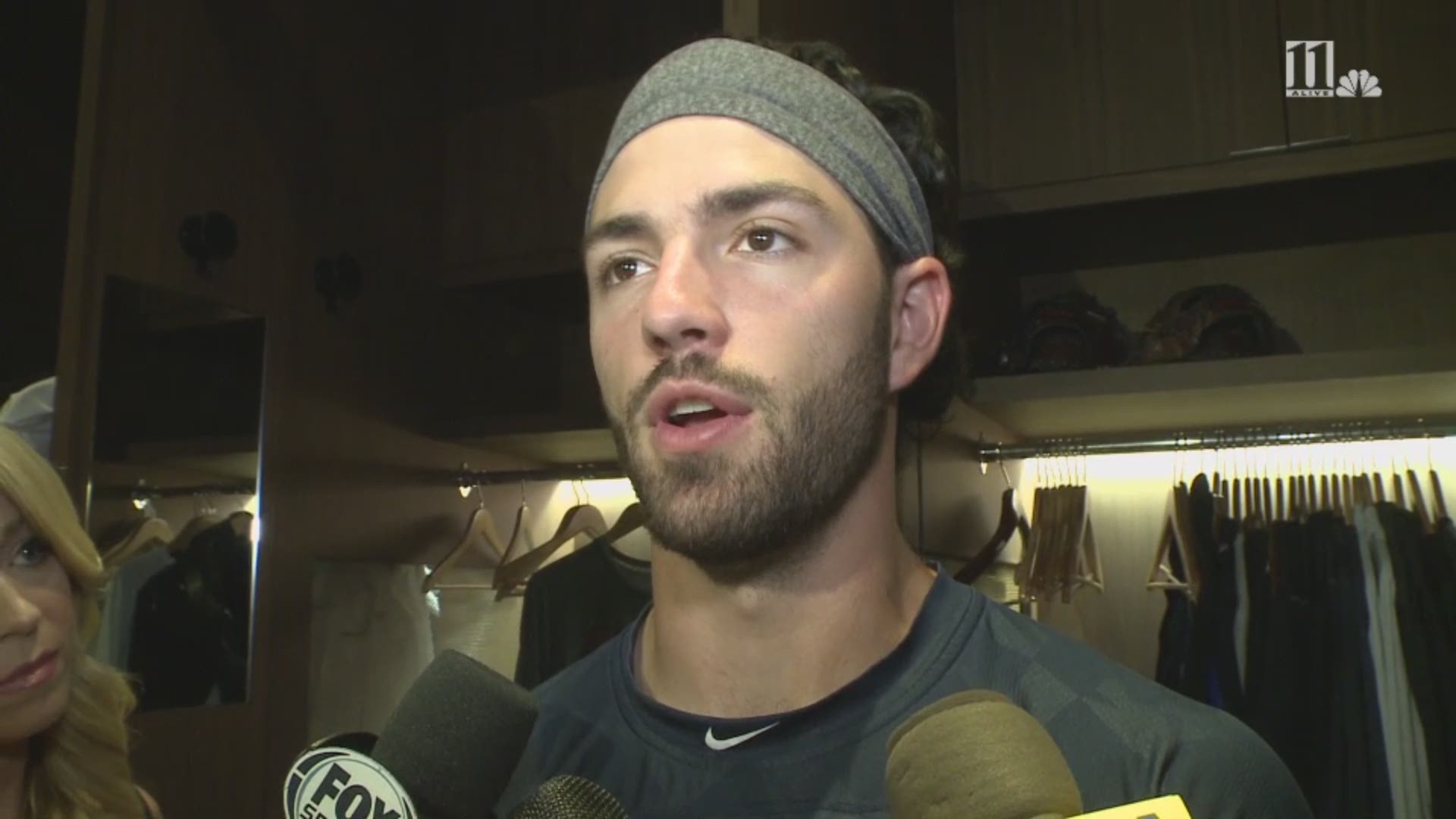 MARIETTA, Ga. — Atlanta Braves shortstop Dansby Swanson is representing his hometown in the World Series. His friends, family, former coaches, teammates, and fans are all rooting him on.

"I got a good chance to coach him in 10th, 11th, and 12th grade," Stafford said. "He probably had the highest baseball IQ of any player I’ve ever coached. He had tremendous instincts. Mostly our coaches tried to not mess him up."

Stafford described Swanson as a winner, someone with a good work ethic and a selfless attitude. The student-athlete lettered for three years in both basketball and baseball along with making straight A's, according to Stafford.

Swanson graduated from Marietta High in 2012, then he went to Vanderbilt on scholarship. He helped the team win the school's first National Championship in baseball and earned MVP honors in the College World Series in 2014.

In 2015, Swanson became the first overall pick in the MLB Draft. The Arizona Diamondbacks took the young upstart, but Swanson would be traded that December to his hometown Atlanta Braves. The Braves now find themselves in the middle of a historic year, which could end with the team becoming World Series champions for the first time since 1995. Swanson was one-year-old at the time.

“Dansby’s the only guy I’ve ever coached that’s played in a big-league game, and now he’s not just up there here and there," Stafford said. "He’s really getting it done and helping be a big part of the team in the World Series. Doing it here in his hometown, you just can’t make it up. I'm just incredibly proud of him and excited for him, 100-percent confident in him. No one is perfect and we’re all going to make mistakes. But he’s going to always give it 100-percent."