Fans described a man who was a larger-than-life giant who found a way to be down-to-earth - someone they won't forget. 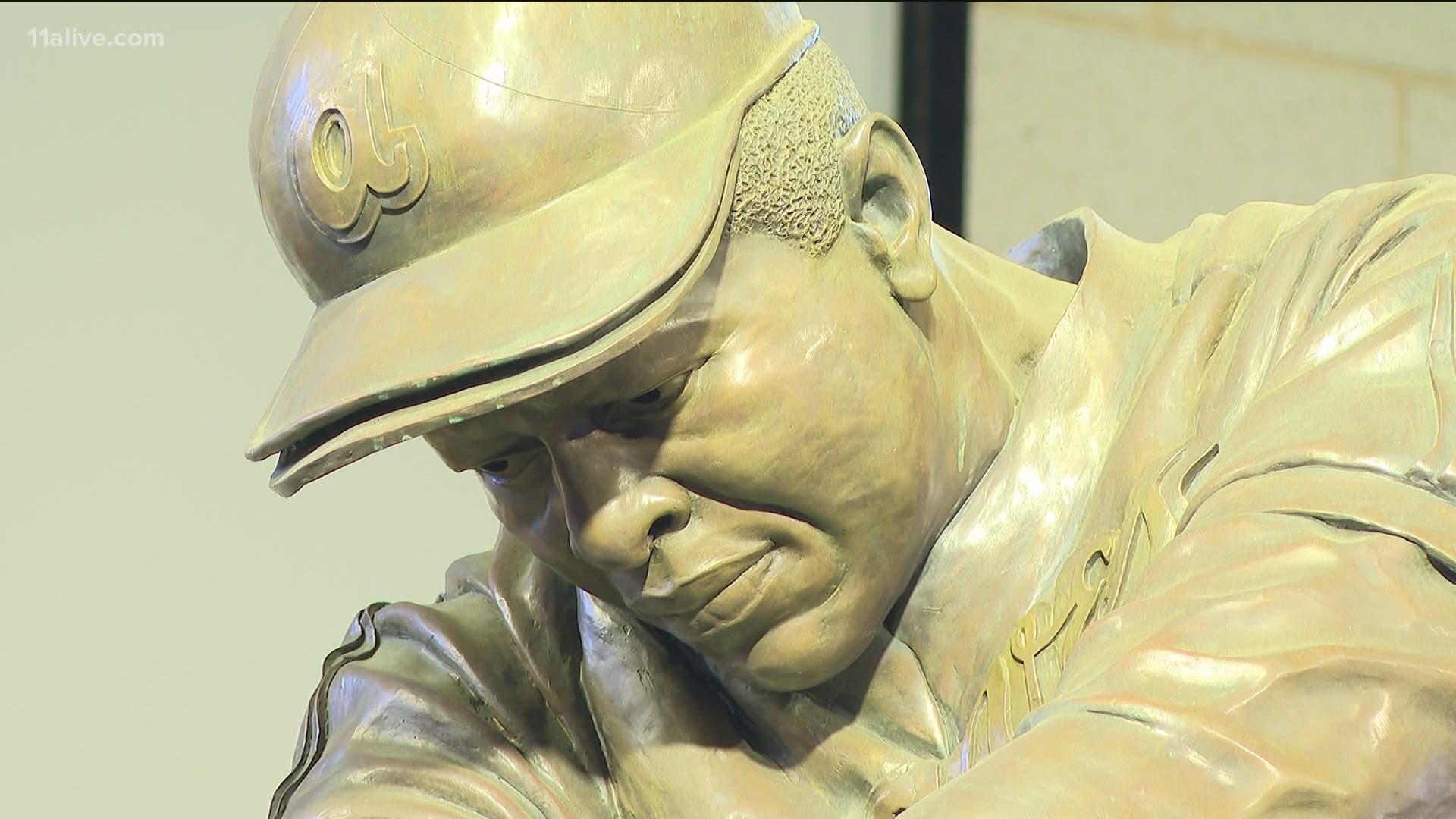 ATLANTA — Many fans and admirers took Saturday as an opportunity to pay their respects to a man who helped transform baseball and change hearts across Atlanta and the U.S.

Fans told 11Alive that they had different reasons for showing up to landmarks across the city to honor Hank Aaron. Some, of course, remembered him for his legendary baseball career. Others knew him for the work he did after putting down his bat.

He said being at Truist Park honoring Aaron - a giant he looked up to in life - was surreal.

"He did mean a lot," Billings said. "His impact reached farther than he probably even knows."

Some, like London Rivers, who waited in line to see Hank Aaron's statue, admired the legend for reasons other than baseball.

"I am a fan of people of color who have made a difference," he said. "So, it's an inspiration to see how much he's done."

It was a point shared by another fan, David Toliver.

"You can't ignore the significance he had - not only with baseball but in the community," he said. "Especially at the time when he broke Babe Ruth's record."

Others took opportunities to celebrate the baseball great's life in the town he was synonymous with in life.

City-wide celebration comes as no surprise to Billings, who was born and raised in Atlanta.

"The people of Atlanta, we definitely mourn his passing, but we'll never forget his memory and what he's done," he said.

Atlanta Technical College also honored Hank Aaron. He has a building at the college named after him. Even in retirement, he continued to make donations and provide scholarships to students.