An Instagram post caught the attention of Delta Air Lines and the Braves. Now a father and son are headed to a World Series game.

A father says he's been a Braves fan since the team won the World Series when he was 10. Now his son, age 10, will join him at a World Series game thanks to Delta. 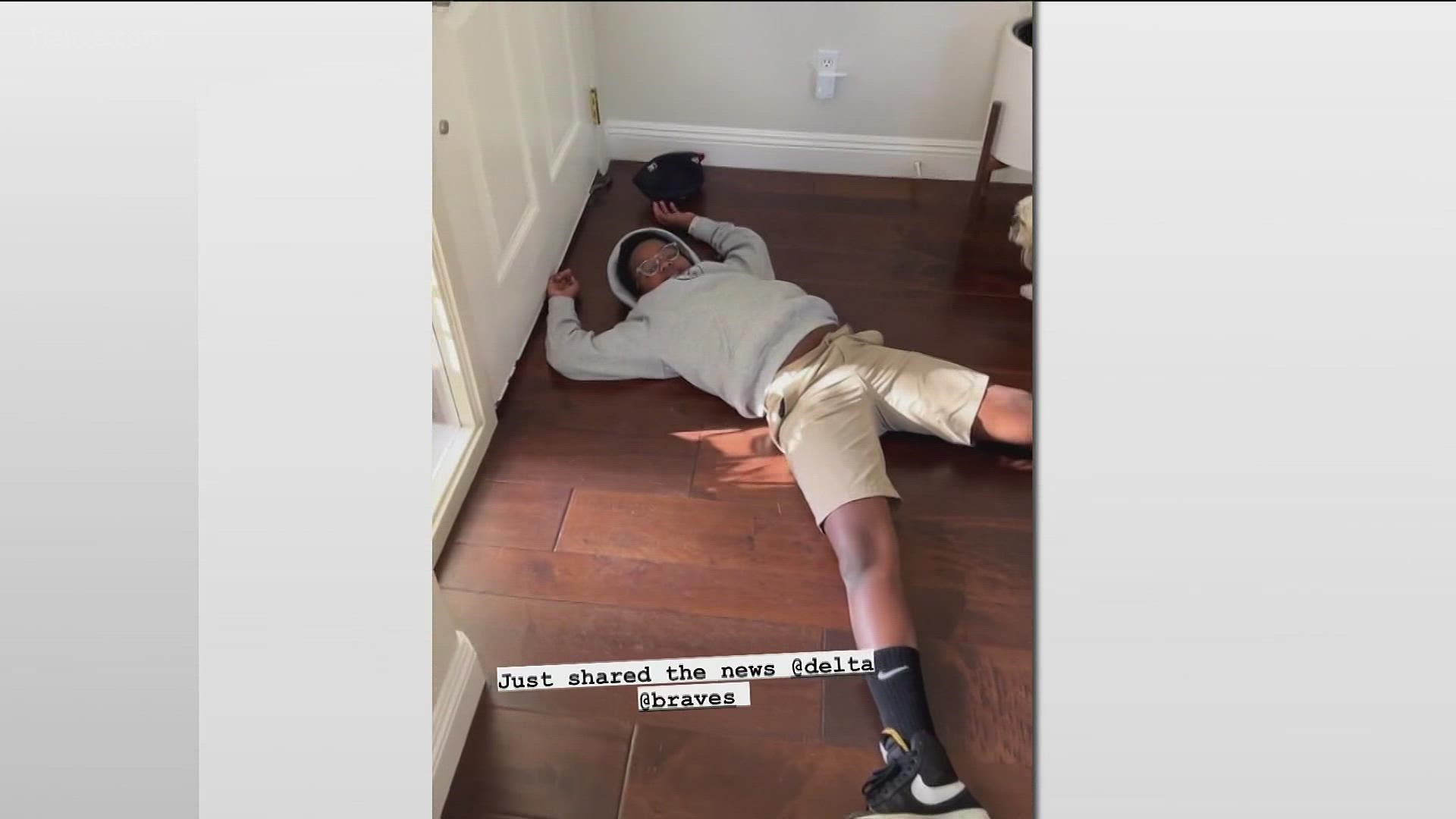 ATLANTA — As World Series excitement continues, so do the social media surprises for fans.

“Me and my boy are going to the World Series,” Jason Caine said in a video shared online. “I cannot believe it.”

It’s official. An Instagram post that took a turn down memory lane caught the attention of the Atlanta Braves and Delta Airlines, and now Caine and his son are headed to Game 4 of the World Series as the Braves continue to face off against the Houston Astros.

“I said I've been a fan since I was 10 when they won the World Series,” Caine explained after learning about the surprise tickets. “If they win again this year, my son will be 10, and then Delta and the Braves hit me up and said we have free tickets for you.”

11Alive’s Liza Lucas checked in with Caine ahead of the trip to see if the news has sunk in yet.

“I can somewhat believe it now because the tickets are in my inbox,” he said with a laugh.

Caine said the flights are also booked. The trip is a dream come true for Caine, a pastor in Sacramento who grew up in Atlanta as a longtime sports fan.

“I’ve been through a lot of sports heartbreak as you can imagine,” he said. “Been through some ups and downs thinking we're going to win, but the fact that we made it back to the World Series at this point, when my son is the same age as I was when we won, it seems like poetic justice.”

His son, 10-year-old Jason, could hardly believe the good news.

“I thought my dad was trying to prank me or something,” he said.

“It just means the world to me to be able to take him to the game,” Caine said. “I’m just excited about it. Hopefully, we won't have to wait until he has a son that's ten to get back.”

11Alive reached out to Delta Air Lines for more information on the surprise tickets.

“Throughout the postseason, we’ve surprised-and-delighted Braves fans on social with flights and game tickets to cheer on their fav team in person,” a spokesperson for the airline explained. “To celebrate the Braves getting into the World Series, we did another surprise-and-delight. This time, we had the Braves post on Twitter and Instagram, asking their followers to explain why they’re die-hard Braves fans. We gave three faraway fans each a pair of round-trip flights and tickets to Game 4 in Atlanta. We also surprised one die-hard fan in ATL with a pair of round-trip flights and tickets to go on the road for Game 2 in Houston.”

“There are fans out there who have been waiting their whole lives for this moment, so it was the perfect time for Delta to bring Braves Country to the Braves,” the spokesperson said.