Who are Freddie Freeman's kids?

Freddie and Chelsea Freeman are parents to three boys, Charlie, Maximus and Brandon. 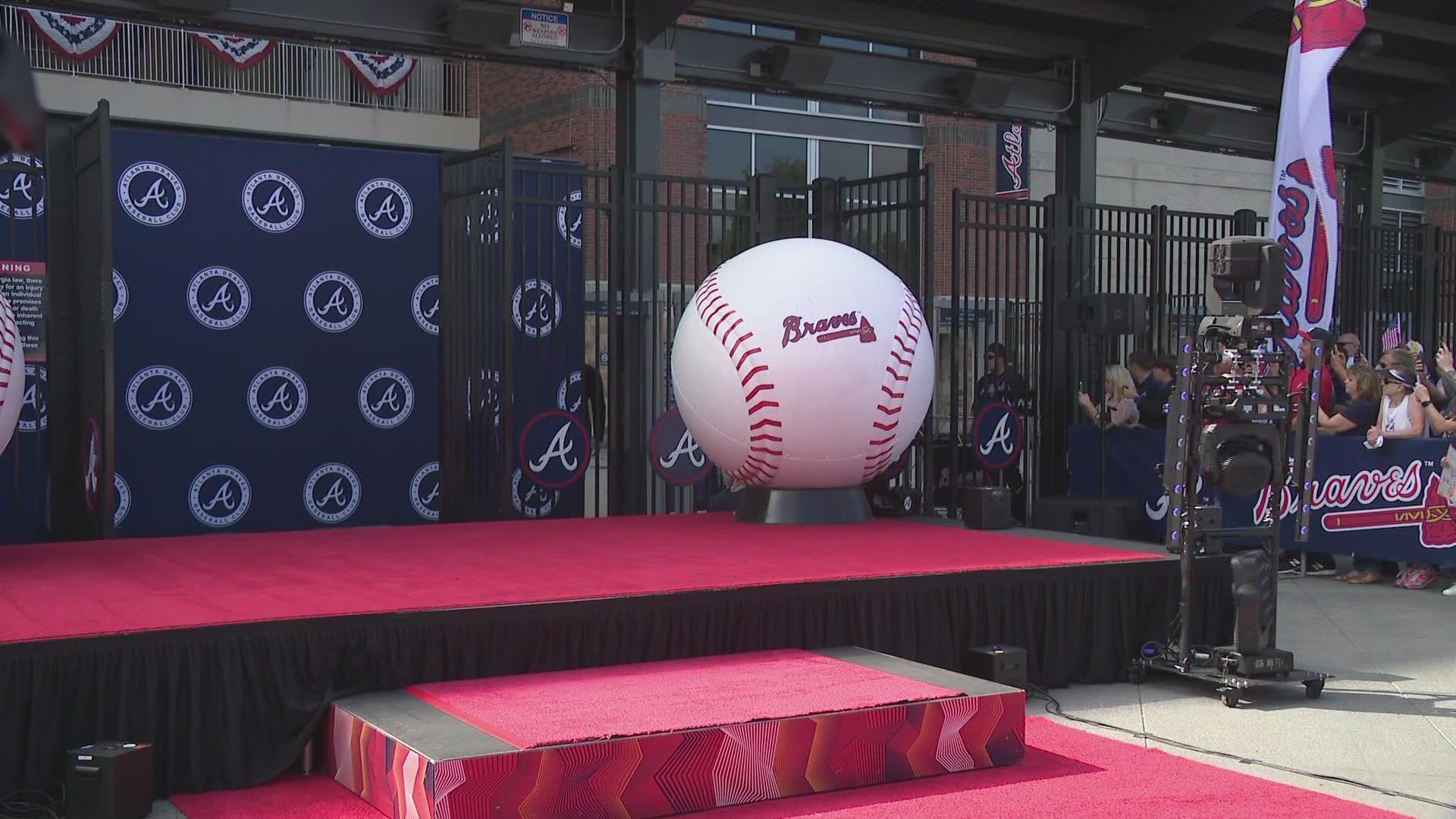 ATLANTA — The Braves' Freddie Freeman is known for being Atlanta's star first baseman.

As the team heads into the World Series, not only is Freeman in the spotlight, but his family is as well.

Freeman and his wife Chelsea, a social media influencer, were spotted alongside their son while leaving Truist Park on Monday, all three rocking suits as the fans sent the Braves off to Houston to take on the Astros in the World Series.

RELATED: Who is Freddie Freeman's wife?

Though the pair was pictured with their 5-year-old and Freddie's namesake, Frederick Charles Freeman II, or "Charlie," the couple is actually parents to three children. Back in February, Freddie and Chelsea became parents to a healthy set of boys, named Maximus and Brandon.

One of the 8-month-old boys was delivered by surrogacy. In an interview with ESPN, Chelsea opened up about the couple's struggles with infertility.

After "years" of trying, while arranging for a surrogate to carry their baby, Chelsea discovered she was pregnant.

Charlie then became a big brother. His birth is tied to its own sweet story. The day he was born, Freeman was on the field playing head-to-head with the Miami Marlins as Chelsea went into labor. The first baseman left in the middle of the game so he wouldn't miss the major moment.

Now, similarly to his mother, he's quite the social media celebrity - often pictured alongside his father and rooting for the Braves on his parents' Instagram pages.

"Vote for my daddy to be an All-Star," Charlie said in a video posted to Freddie's Instagram profile.

Now, the family is set to cheer on Atlanta as Freddie and the Braves try and defeat the Houston Astros in the World Series.