The Braves have a 3-1 series lead. A win Friday sends them to their first World Series since 1999. 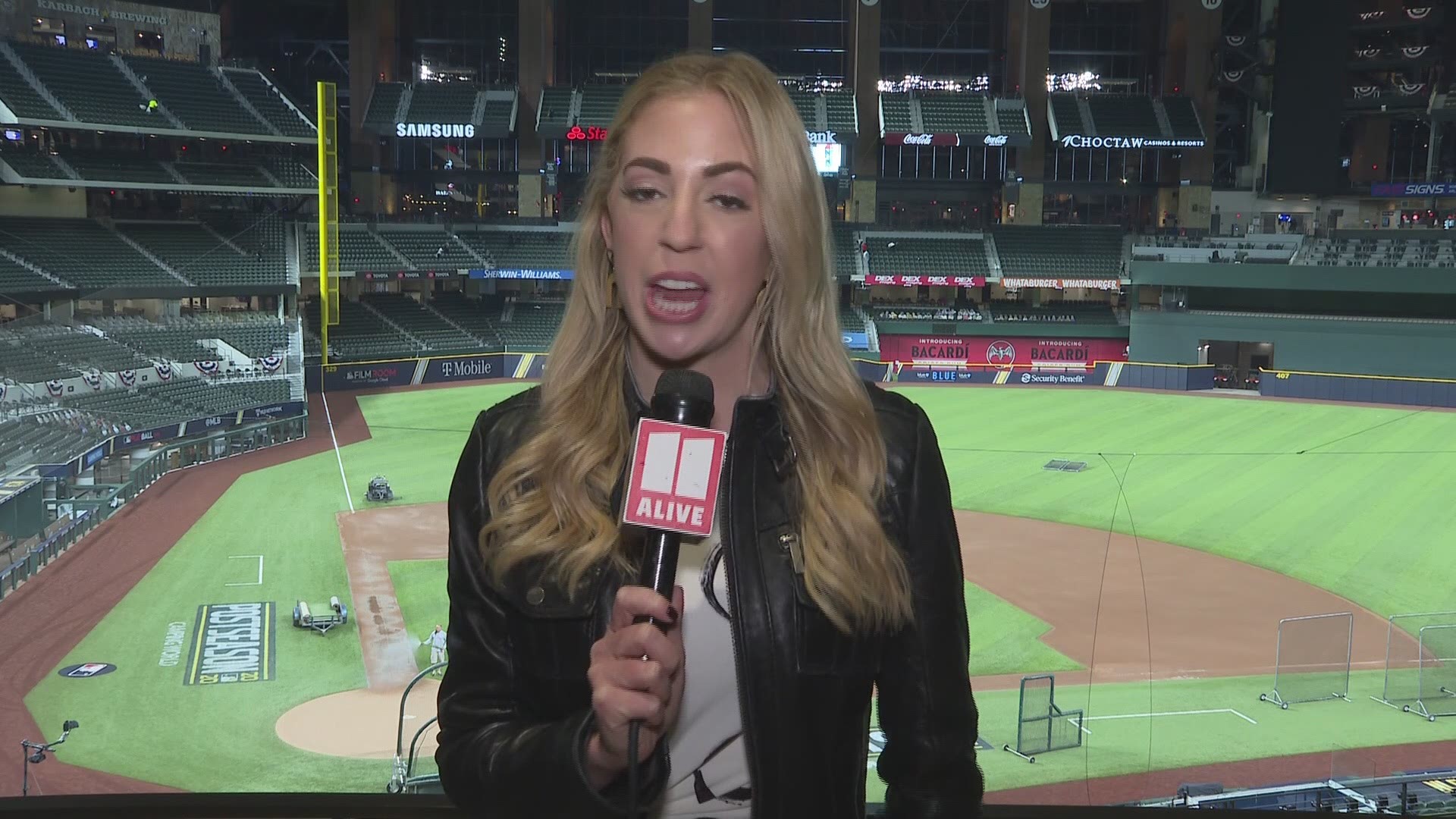 ARLINGTON, Texas — The Atlanta Braves are one win from ending a two-decade World Series drought after a 10-2 win over the Los Angeles Dodgers in Game 4 of the NL Championship Series.

The Braves have a 3-1 series lead. A win Friday sends them to their first World Series since 1999.

Marcell Ozuna had four hits, including two solo homers and an RBI double in their decisive six-run sixth inning. Bryse Wilson held the Dodgers to one hit and one run over his six innings in his postseason debut. Three-time NL Cy Young Award winner Clayton Kershaw took the loss when he didn't make it out of the sixth.

A windy Game 4 of the NL Championship Series in a stadium with a retractable roof has players from both teams reporting trouble seeing.

Fox is reporting on the telecast that Atlanta's Freddie Freeman and Los Angeles Dodgers pitcher Clayton Kershaw are among those affected by the blustery conditions.

Major League Baseball said it wanted to keep the roof open at Globe Life Field for the playoffs except when it rained.

The new home of the Texas Rangers was chosen to host three rounds of the playoffs, including the World Series, in the pandemic-shortened season.