The hearse took a detour on its route to South View Cemetery. 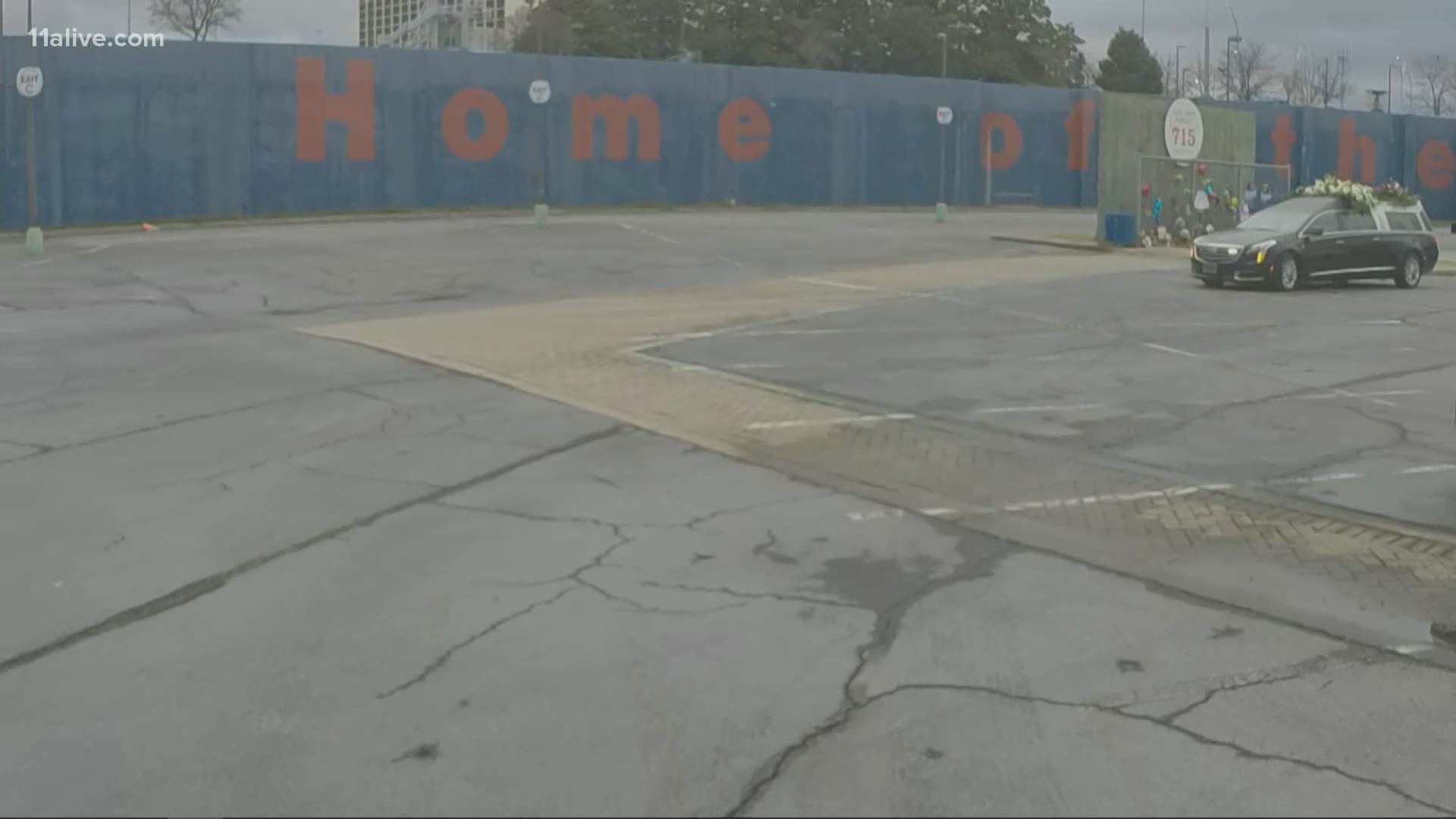 The hearse carrying the "Home run King" made one last stop before making its way to South View Cemetery.

It drove along what used to be the bases of the old Atlanta-Fulton County Stadium, home of the Atlanta Braves, to the very spot where Aaron's record-breaking 715th home run landed.

A marker, and a portion of the outfield wall, still sits in the vacant parking lot that is now owned by Georgia State University.

Over the past several days, since Aaron passed away on Friday, Jan. 22, fans have paid tribute to the baseball legend by leaving flowers, cards, balls and posters at the spot.

The family said Wednesday that Aaron will be placed in a temporary crypt at South View Cemetery until his final resting place is completed in a few weeks.

South View Cemetery is the oldest African-American cemetery in Atlanta and was established in 1886. It has since served as the burial place for many leaders in the civil rights movement including Julian Bond and John Lewis.