Hank Aaron was remembered Wednesday in his funeral service by his wife of 47 years, 2 former U.S. Presidents, former MLB commissioner and a list of other speakers 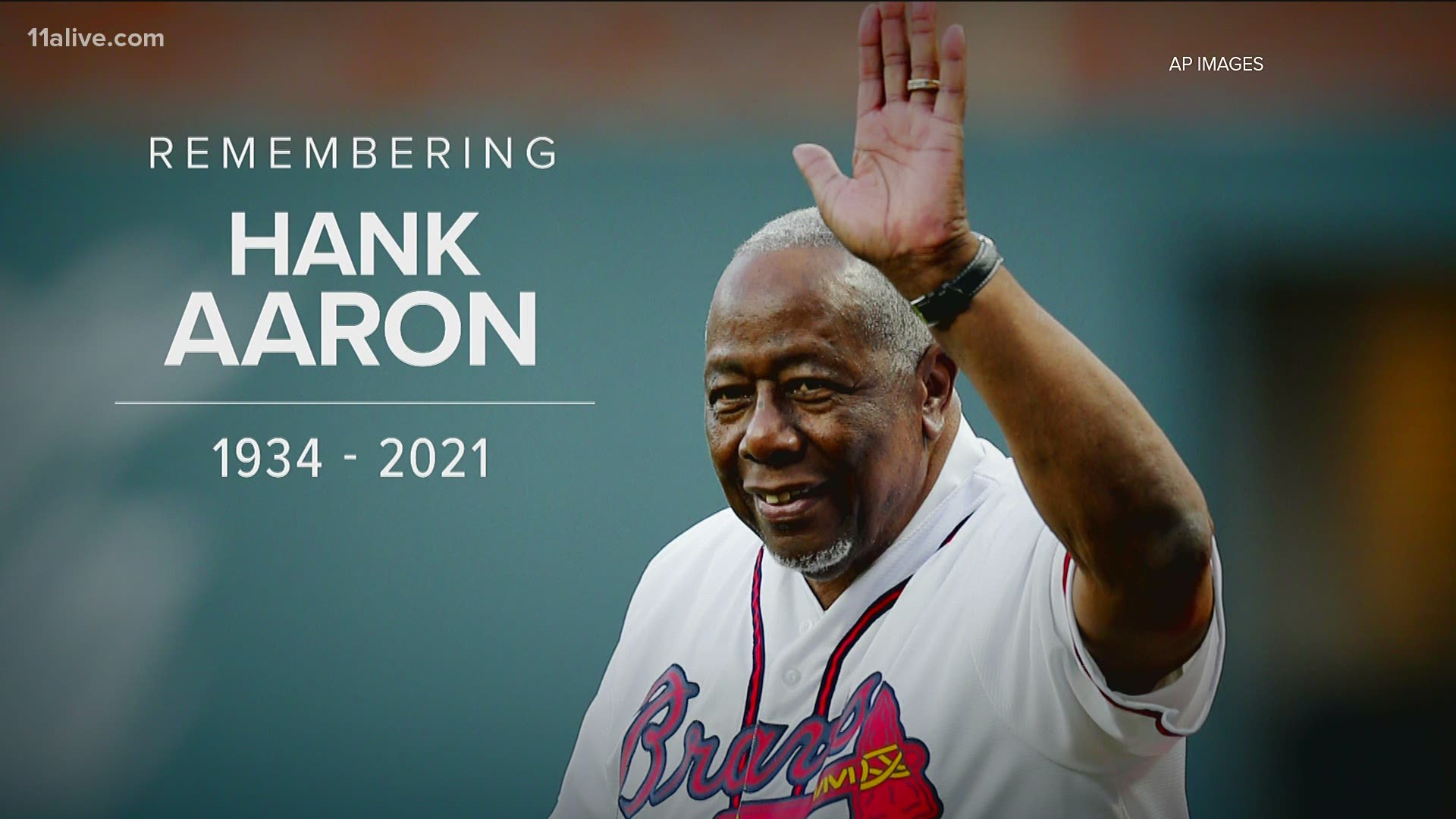 ATLANTA — Inside Friendship Baptist Church, the funeral service for Hank Aaron was small and intimate amidst the on-going COVID-19 pandemic.

The guest list for Wednesday's private service kept to around 50 guests. The memories and stories of Aaron's life though were larger than life.

One of the first to speak and reflect on Aaron's life was his friend of more than 62 years, former Major League Baseball Commissioner Bud Selig.

"Henry was a man of grace, a man of patience, a man of tolerance, remarkable dignity under many tough situations, integrity, and loyalty," Selig said. "Henry, we are going to miss you. We will never forget you, but we will always be grateful for you showing all of us how to chase our dreams."

Georgia's governor at the time, Carter honored Henry Loius Aaron by gifting him a Georgia license plate to capture the moment HLA 715.

Carter ended his messaging by saying, "I send them my heartfelt condolences on behalf of me and Rosalynn. We've lost a good friend and great athlete."

Andrew Young, former Atlanta mayor and ambassador to the United Nations told the congregation that Aaron's legacy will live on. A legacy of being a Major League Baseball Hall of Famer in his baseball career and also a hall of famer in his life away from the ball field.

"I'm here to testify that Hank ain't gone nowhere, he is in the minds and hearts of everybody here and everybody looking," Young said.

Former President Bill Clinton recalled his family getting its first television set in 1957, just in time to see Aaron win the World Series and MVP award that season.

"From the time I was in grade school until I was a grown man when Hank retired, I believed that Hank Aaron's greatness as a baseball player was just a way of an ordinary part of the fabric of American life," Clinton said.

Years later and locked in a tightening presidential race, then- Arkansas Governor Bill Clinton came to Georgia in 1992 for a campaign rally in front of 25,000 people, where he received the endorsement of Aaron.

"Hank was the big draw I was just sort of on the program," Clinton recalled.

"If we win here on Tuesday, maybe he can get credit for one more home run on the record books," Clinton told the rally crowd back in 1992.

Clinton declared victory in Georgia three days later. He said  Aaron never bragged about anything in his life, but also never let Clinton forget he helped him win Georgia on the way to the White House.

Clinton's campaign memory of Aaron, just one of countless moments from Aaron's home run of a life.