Hank Aaron's start in the Negro League before coming to Atlanta

Hammerin' Hank Aaron was an Atlanta legend, but there is so much more to his background that people don't know. 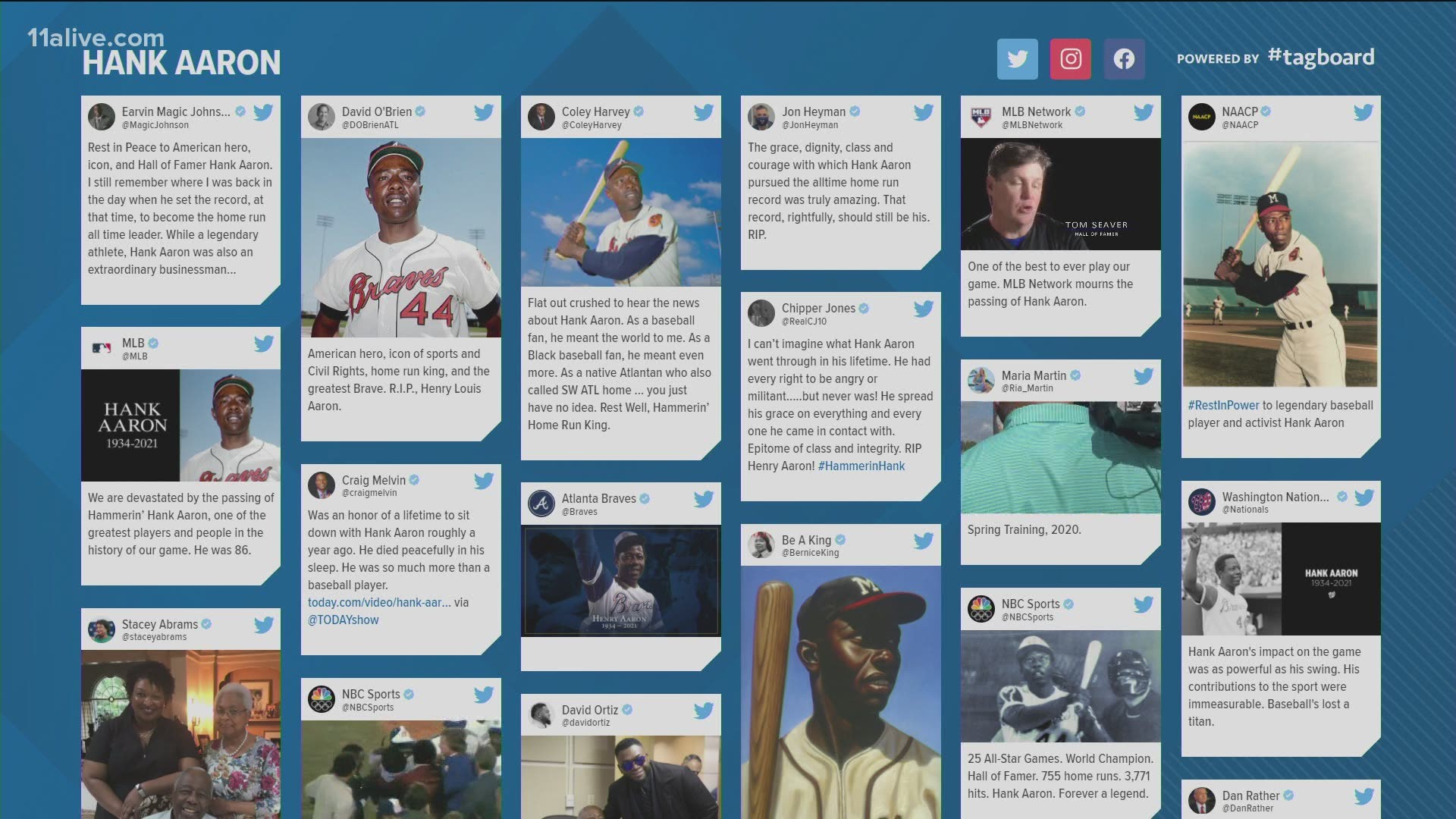 ATLANTA — Hank Aaron is best known for his 21-year-long career with the Milwaukee and Atlanta Braves, and for holding the major league career home run title for 33 years. According to the National Baseball Hall of Fame, boxing legend Muhammad Ali once called Aaron, "The only man I idolize more than myself." But there are many other aspects to his long career that people are not familiar with.

Before he began playing for the Milwaukee Braves, at the age of 18, Henry Louis Aaron began playing shortstop in 1952 for the Negro League's Indianapolis Clowns. He had been signed by the team's business manager for about $200 a month, according to the Negro League Baseball Museum.  Aaron's solid infield skills and incredible batting helped the Clowns win the 1952 Negro League World Series title.

According to the museum, during the 1952 season, Aaron was scouted by both the New York Giants and the (then) Boston Braves. The Giants weren't completely impressed with Aaron, having latched onto another Negro League player -- Willie Mays. The Braves, however, saw the potential in Aaron and purchased the teenager's contract and sent him to their minor leagues.

After two seasons with the Braves' farm system, Aaron joined the Milwaukee Braves in 1954, shifting from shortstop to the outfield position that most fans know him from, where he hit 13 home runs.

In 1973, Aaron approached what was thought to be the unbeatable home run record of Babe Ruth. This was something that many people not only thought was unattainable for any ballplayer, it was unheard of for a Black man.

According to the Negro League Baseball Museum, when interviewed in late 1973, Aaron said, "For two years, I had to live in a hotel, my children had to go to private schools and my entire family was split up because people were mad that I was going to break the record."

As the next season started on April 4, 1974, Aaron hit his 714th homer, equaling Ruth's all-time record.

By the time he retired from baseball, Aaron had hit 755 homers while with the Braves and the Milwaukee Brewers.

In addition to Aaron's home run record, Aaron remains baseball's all-time leader in runs batted in with 2,297, and total bases at 6,856.

According to the Baseball Hall of Fame, if each of his 755 home runs were taken out of his records, he still would have more than 3,000 hits to his credit.

“Through his long career, Hank Aaron has been a model of humility, dignity, and quiet competence," said long-time friend and former Ambassador Andrew Young shortly after Aaron broke the record. "He did not seek the adoration that is accorded to other national athletic heroes, yet he has now earned it.”