Jets over Atlanta? This is what you were probably hearing 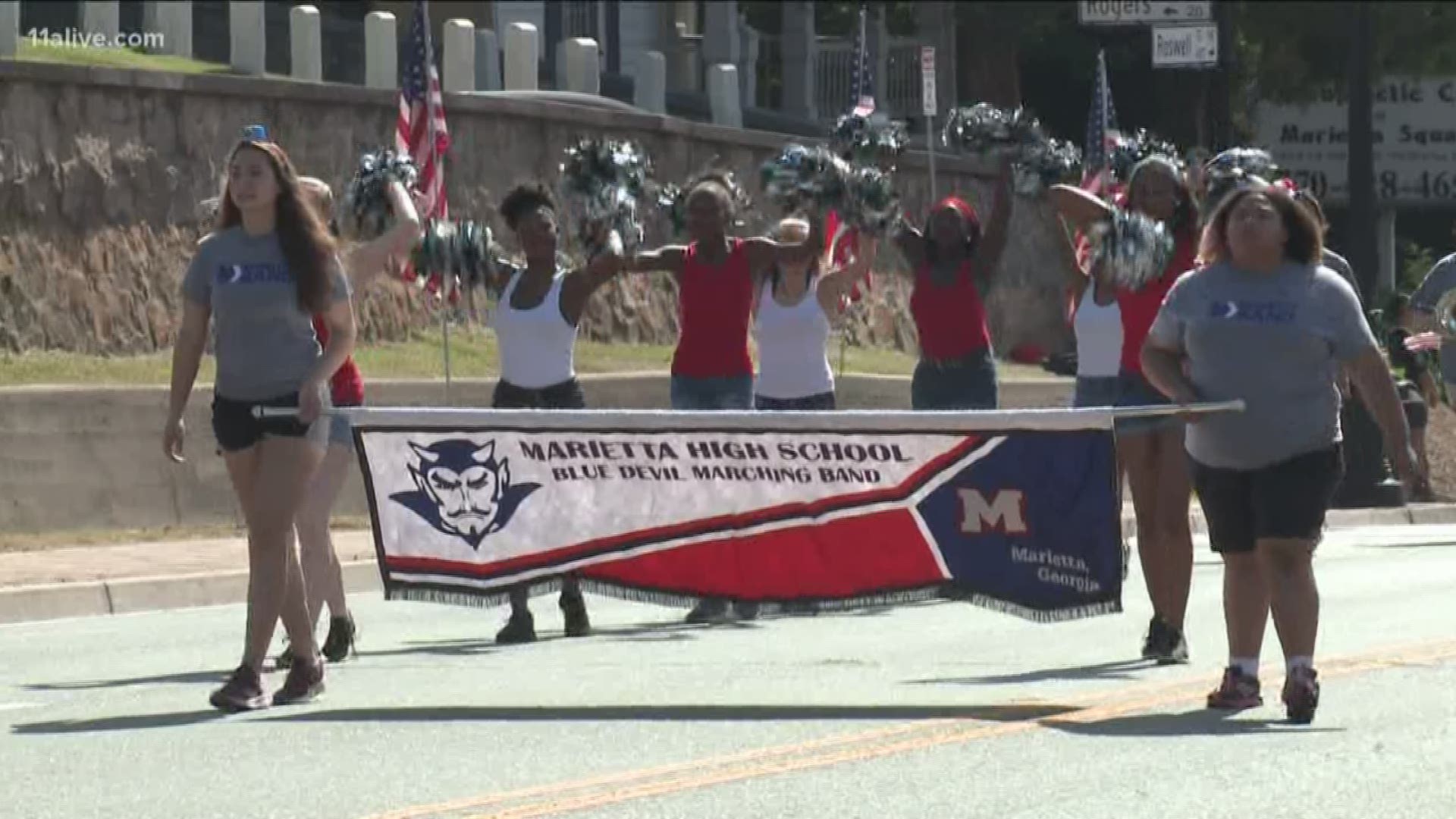 COBB COUNTY, Ga. — Atlanta's no stranger to aircraft with the busiest airport in the world. But the sounds of jets over the city got some attention on Thursday.

Some residents took to Twitter announcing their frustration while others took video of what appeared to be fighter jets flying fairly low over the city.

Well, it turns out there may have been a plausible reason for the aircraft being in the area. Just before the 7:30 p.m. start of the Atlanta Braves game, the team tweeted a message along with a photo of three fighter jets flying over the stadium as fireworks flew into the air nearby.

They were part of a patriotic salute to the military before the home team took on the Philadelphia Phillies.