The news comes after four players tested positive for COVID-19. 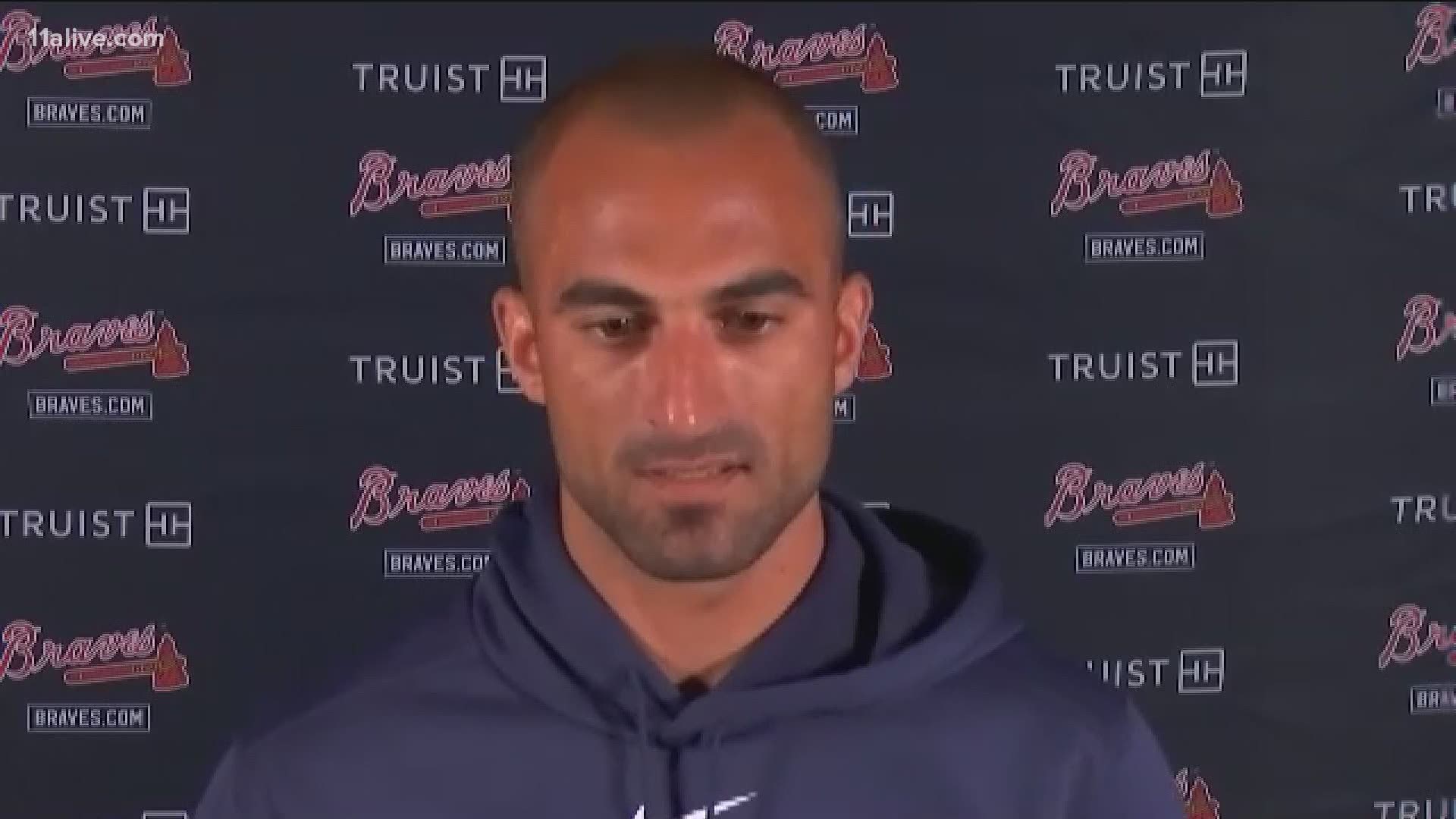 ATLANTA — Braves outfielder Nick Markakis will not participate in the 2020 MLB season, he announced on Monday.

The news comes after Freddie Freeman tested positive for COVID-19.

“I think the biggest thing for me was talking to Freddie Freeman the other day that opened my eyes. Freddie didn’t sound good. It was tough and eye opening,” Markakis said. “I’ve got three kids.”

Markakis joins Felix Hernandez who previously announced he would not play after four Braves have tested positive.

According to manager Brian Snitker, Touki Toussaint and Will Smith are both asymptomatic, while Freeman and Pete Kouzma are both showing symptoms of the ailment.

Snitker said that both Kouzma and Freeman have fevers and will be out for an extended period while recuperating.

“I love this game. I’ve loved this game for 15 years but I just don’t feel comfortable going out there and competing every day without the fans. It’s just tough. I’ve made my decision and I’m pretty confident,” Markakis said.

Mike Trout, arguably one of the best players in the game, is considering to opt out because his wife is pregnant.