One Braves fan could be the good luck charm 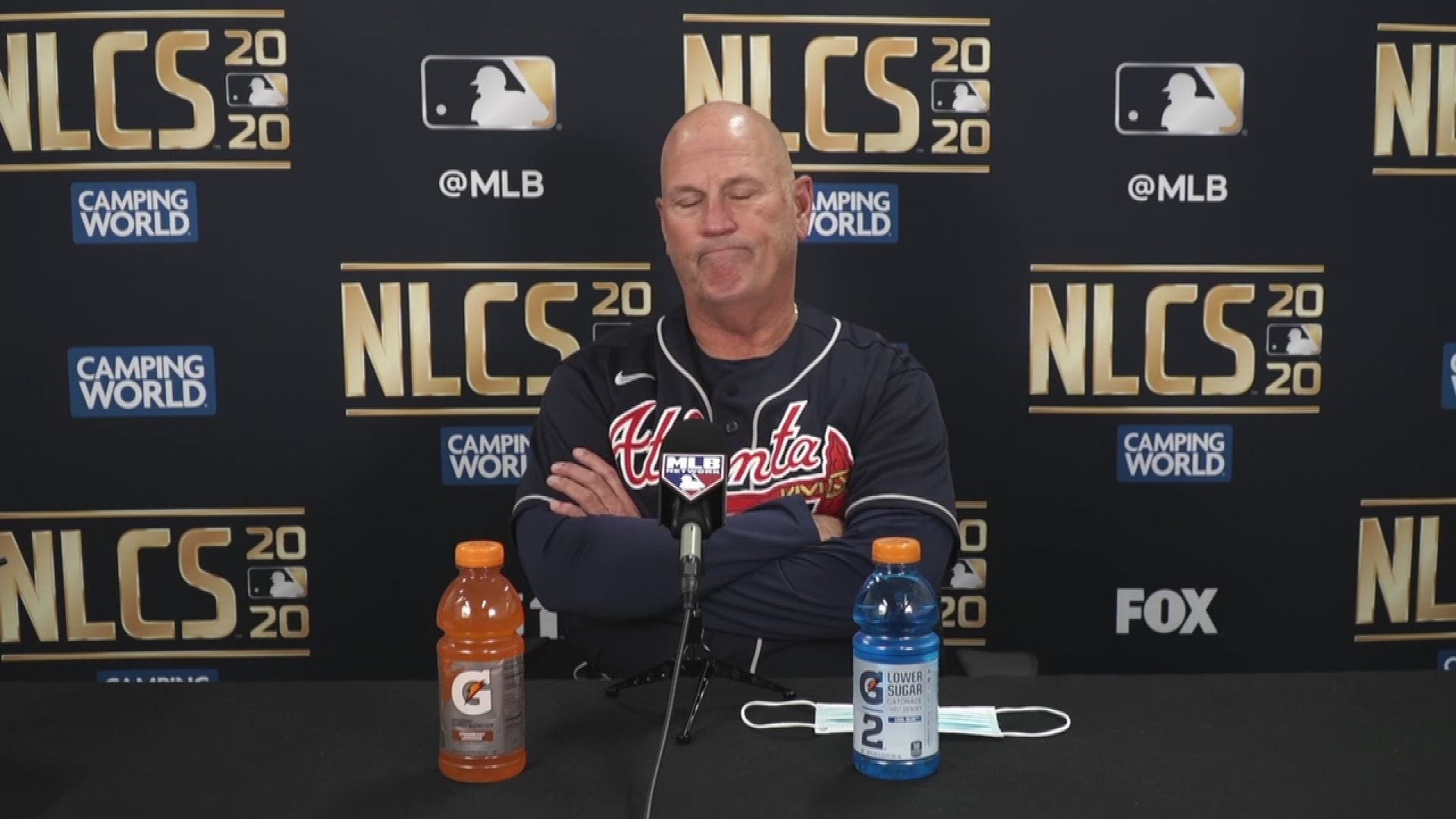 He and others who have been kept distant from baseball for months are finally being allowed in under cautious restrictions as the Braves head into the NLCS.

"I go to a lot of Braves games and a lot of parks, but to see a new one like this and be the first fans inside that's pretty incredible," said another fan, Brandon Rutkowski.

Fans could only purchase the 4 seats together for social distancing purposes.

"I thought this was going to be the first time I missed a baseball game in like a decade; so, I jumped on the opportunity to go as soon as I heard they were selling tickets," said Braves fan Aaron Perez.

For die-hard Braves fan and Atlanta native Brett Washburn, he wouldn’t dare miss this opportunity to cheer on a team he’s loved his whole life.

"It was total destiny. The first time I was ever living in Atlanta for my first year, I had no money, I was broke as could be and I could pick one game," he said. "Sixty dollar ticket and I guessed that we were going to win Game 6. I sat in the very top row of left field. When Marquise Grissom caught the last out, I couldn't even see it cause I was too high but I was there."

The Dodgers have been the nagging team in the Braves' way for years, but now, that Atlanta has put something strong together. So, is it finally time?

"If we win tonight, we will win the series in seven," he said.