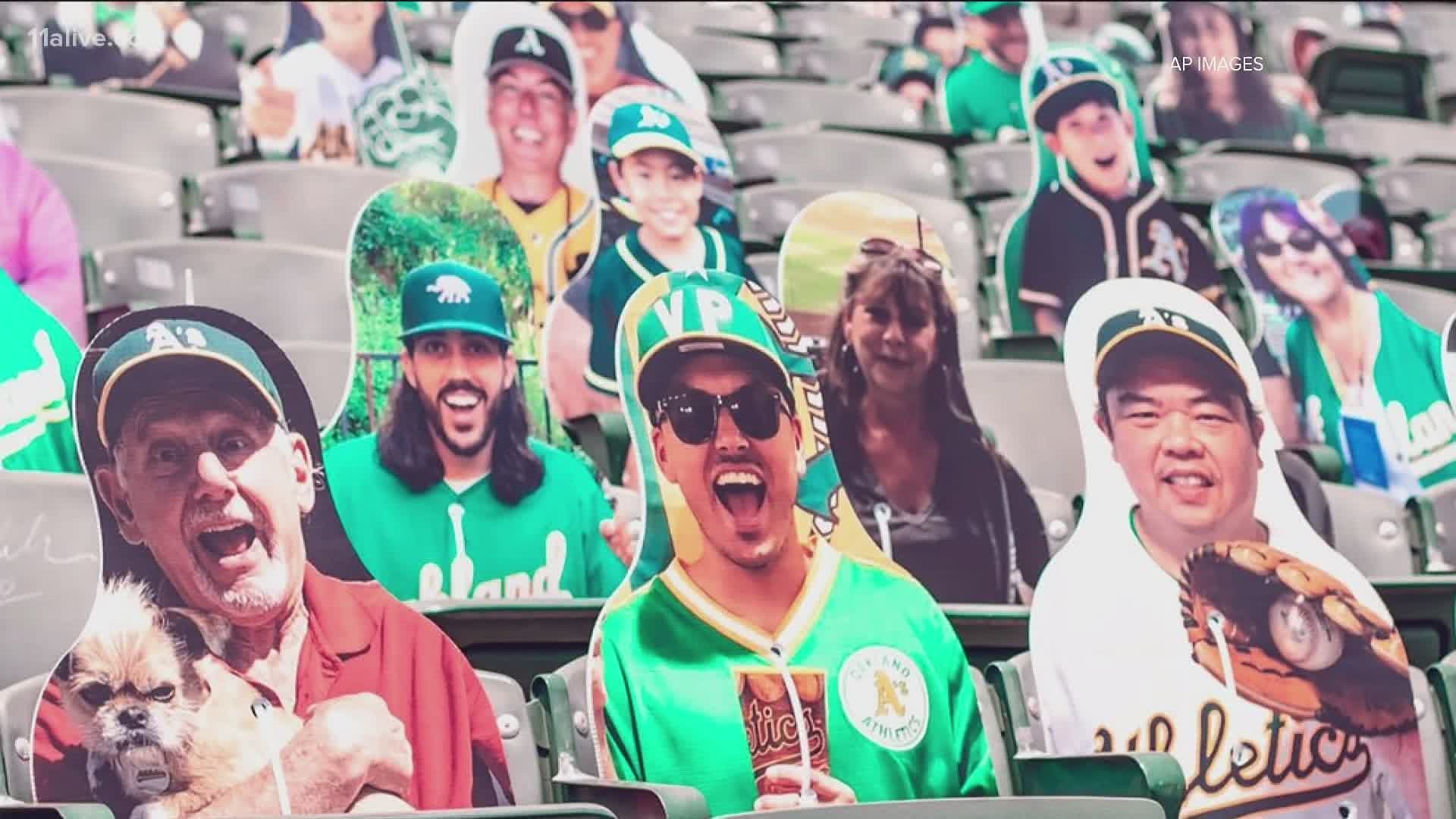 NEW YORK — Four months after we expected to hear the crack of baseball bats and roaring crowds, baseball is finally going to show up -- in an entirely different form than any of us expected.

The unusual year that 2020 has become is taking yet another turn.

The Atlanta Braves and the New York Mets are opening the season at Citi Field in Queens on Friday, not on a crisp March afternoon, but under a sweltering July sun.

And instead of the 45,000 eager baseball fans that show up by subway and by cab to Flushing Meadows to hear the immortal call of the umpire to start the game, "Play ball!" -- a scant few beyond the players, coaches, and a handful of other staff from each team will be present.

Those watching on television will hear crowd noise from a soundtrack.

Twenty-two-year-old Mike Soroka will take the mound for the Braves, becoming the team's youngest Opening Day starter ever as Atlanta begins its defense of its 2019 National League East title.

Soroka had the National League's lowest home run rate last season. On the other side of the field, Soroka will be facing off against one of the best pitchers in the major leagues in Mets starter Jacob deGrom.

The 32-year-old, three-time All-Star has won the Cy Young Award for the past two seasons and led the National League in strikeouts last season.

According to the Braves, Freddie Freeman looks to be in good shape following his recovery from COVID-19, and is ready to go into his customary number three spot in the lineup for Friday afternoon.

They said he has spent time putting in more than two dozen at-bats into the final stretch of camp after his return.

According to a tweet from the team, two Braves catchers, Tyler Flowers and Travis d'Arnaud, have both been sidelined for Friday afternoon's game. Both have shown COVID-19 symptoms. Both players have tested negative and are back in Atlanta.

The line-up for Friday afternoon, according to the Braves, is as follows:

As far as notable injuries, according to the Braves, Johan Camargo, who was working hard to and going up against Austin Riley for that 3rd Base slot, strained his right hamstring last weekend, but he's on the team's Opening Day roster.

The weather in New York is expected to be warm Friday afternoon with highs in the low 80s. Scattered storms are possible.

First pitch is scheduled for 4:10 pm.