The Braves began the night needing a combination of three wins and Washington losses to clinch the division. 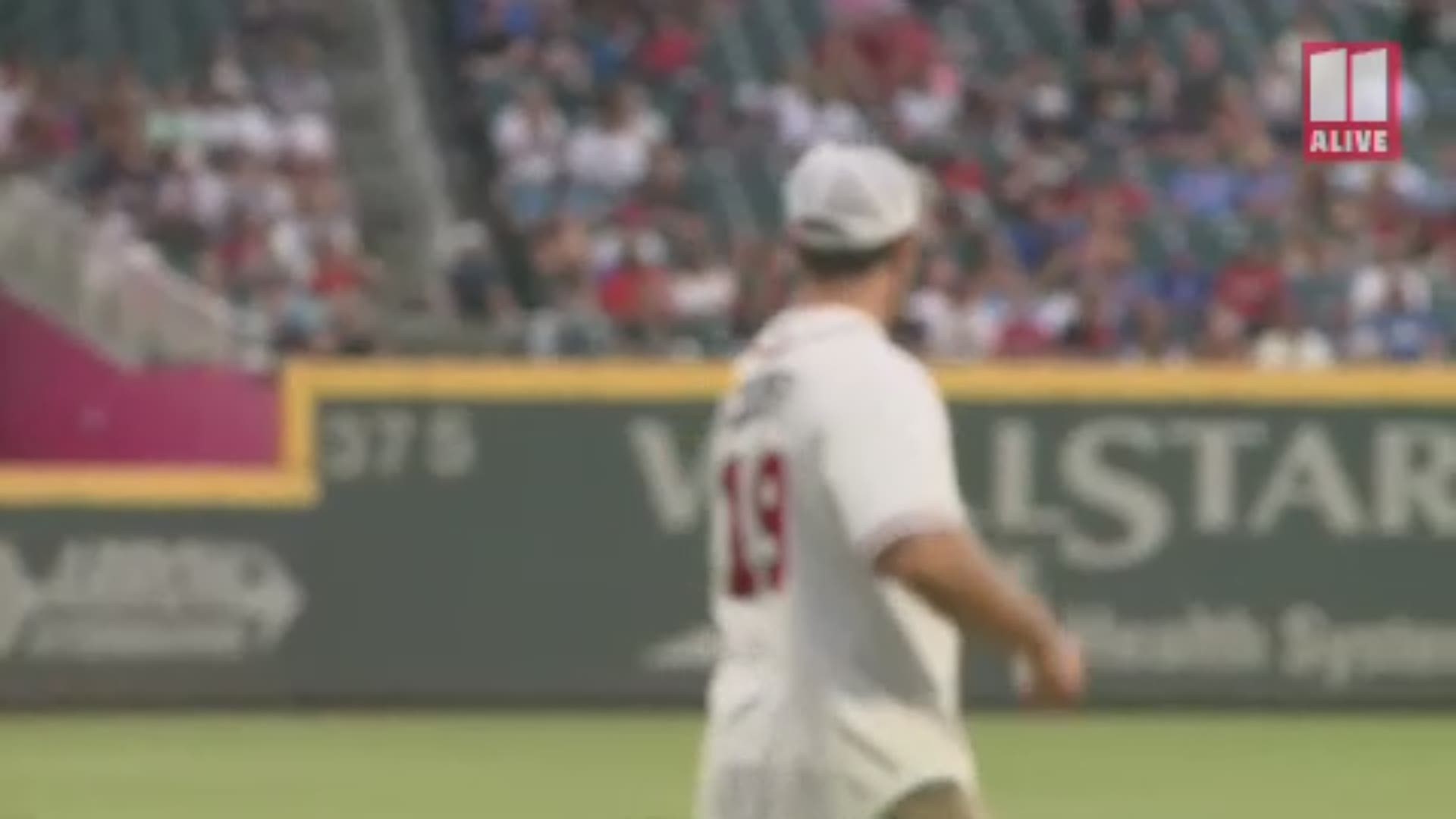 ATLANTA (AP) — Rhys Hoskins and Jose Pirela hit two-run homers off Dallas Keuchel in Philadelphia's five-run fourth inning and the Phillies escaped in the ninth to beat Atlanta 5-4 on Tuesday night and prevent the Braves from moving closer to clinching the NL East.

Adeiny Hechavarría's pinch-hit homer off José Alvarez in the eighth cut Philadelphia's lead to two runs. Adam Duvall led off the ninth with a homer off Phillies closer Héctor Neris, cutting the lead to one run.

Neris walked Ronald Acuña Jr., who stole second and moved to third on Ozzie Albies' groundout to Hoskins at first. Neris walked Freddie Freeman before striking out Josh Donaldson on a called third strike. Neris earned his 27th save when Nick Markakis popped out to end the game.

Credit: AP
Atlanta Braves' Ozzie Albies runs on a tripled during the first inning of the team's baseball game against the Philadelphia Phillies on Tuesday, Sept. 17, 2019, in Atlanta. (AP Photo/John Bazemore)

RELATED: One year after he was shot in the head, Covington officer throws out first pitch at Braves game

The Braves began the night needing a combination of three wins and Washington losses to clinch the division. The Phillies were five games behind the Chicago Cubs in the race for the second NL wild card.

Keuchel's streak of five straight wins ended when he gave up five runs in five innings. Keuchel (8-6) allowed a combined four earned runs in his winning streak but topped that total in the fourth.

Pirela's first homer, off the facing of the second deck in left field, drove in Sean Rodríguez, who singled. César Hernández drove in Scott Kingery, who reached on an infield hit.

Albies hit a triple into the right field corner with one out in the first. Following the first of Velasquez's two walks to Freeman, Albies scored on Donaldson's fly ball to left field. Matt Joyce drove in Freeman with a single to left.

Hechavarría's homer was the Braves' franchise-record 236th of the season. Duvall's homer pushed the new record to 237. Atlanta hit 235 homers in 2003.

RELATED: A League of the Their Own | Special game pits ‘pros vs joes’

Braves: OF Ender Inciarte (right hamstring strain) worked on outfield drills before batting practice but is "still a ways away" from game action, according to manager Brian Snitker. Inciarte has been out since Aug. 17. ... IF Charlie Culberson, already declared out for the season, was placed on the 60-day injured list when the team recalled C John Ryan Murphy from Triple-A Gwinnett. Culberson suffered multiple broken facial bones when he was hit in the face by a pitch from Washington's Fernando Rodney on Saturday. He will not require surgery.

Phillies: OF Corey Dickerson was placed on the 60-day IL with a broken bone in his left foot. Manager Gabe Kapler said a follow-up test revealed the fracture after initial X-rays were negative. Dickerson had not played since Sept. 11. RHP Edubray Ramos (right shoulder impingement) was reinstated from the 60-day IL.