Now that Washington is back in Texas, he has Braves fans and Rangers fans pulling for him. 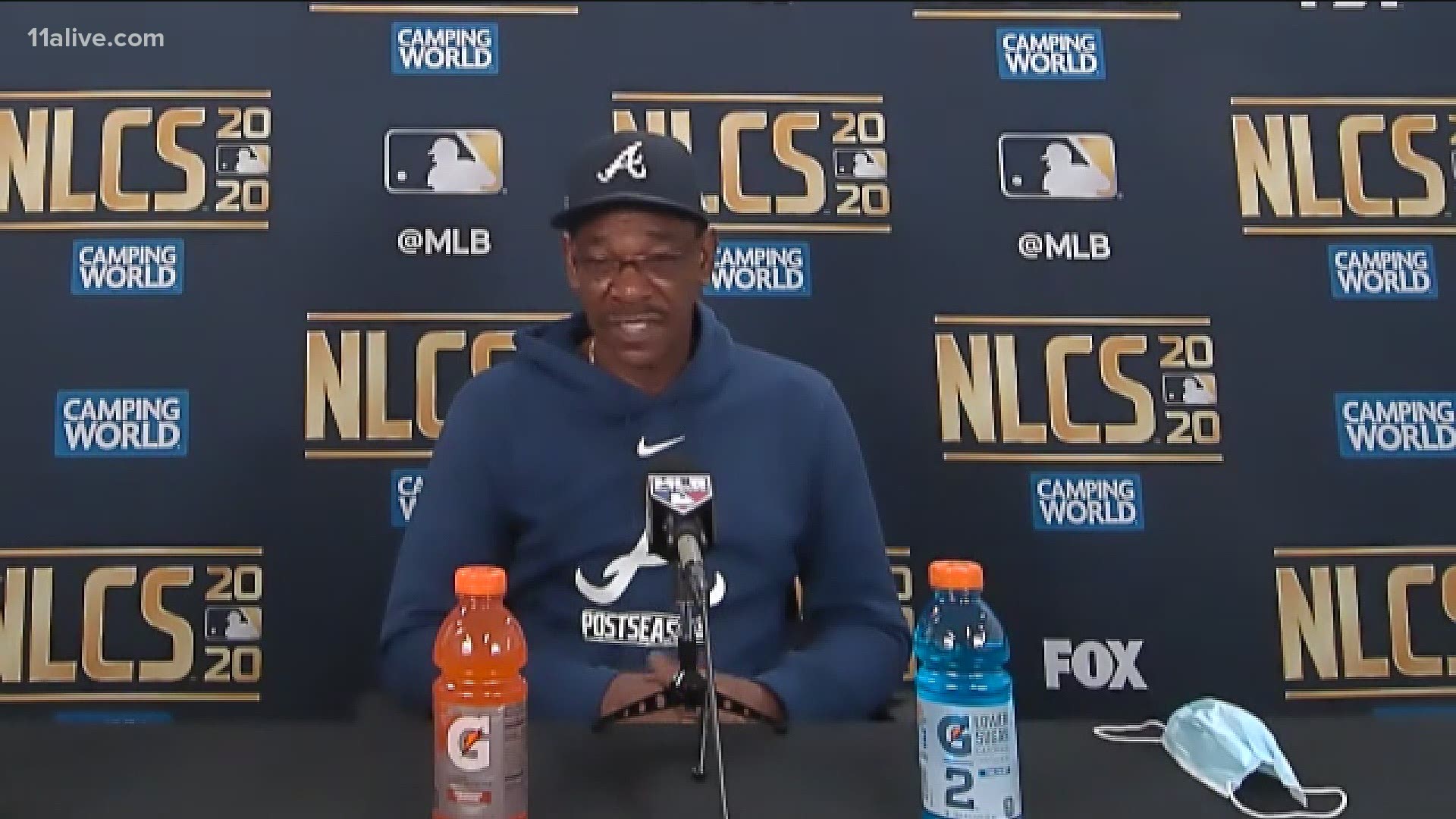 ATLANTA — Atlanta Braves Third Base Coach Ron Washington is back in Texas, hoping to push the Braves towards a big win.

The team has been playing against the Los Angeles Dodgers at the Globe Life Field in Arlington, Texas in the National League Championship Series.

It's the place he called home for 7 years. As manager, Washington led the Rangers to back to back World Series appearances in 2010 and 2011, but came up short both times.

“I had two opportunities to do it here and I always look back on those times and I and I say maybe it just wasn’t meant to be,” Washington said.

“Of course, we all strive to become world champions and I certainly hope we can hold it together long enough to do it here in Atlanta. To win it in Arlington would be very nice, but to hoist it in Atlanta would be nicer.”

The impact Washington has had on his players is obvious.

“I have gold on my glove and that’s because of Ron Washington,” Braves first baseman Freddie Freeman said.

"The fun that he has, the way that he loves the game, just his smile, his laugh, everything about it. He was popular here and I think everybody knows why," said former Rangers outfielder David Murphy.

Washington has also had an impact on fans.

“He’s such a real person,” said Rangers fan Ricky Thiot. “Just being that passionate mangers he was when he was with the Rangers, we just absolutely love him.”

Now that Washington is back in Texas, he has Braves fans and Rangers fans pulling for him.

“We work every day,” Washington said. “All I’m trying to do is give back all of the things the people in my life gave to me.”