Fans were invited to send off the Braves to Houston with a bang at Truist Park. 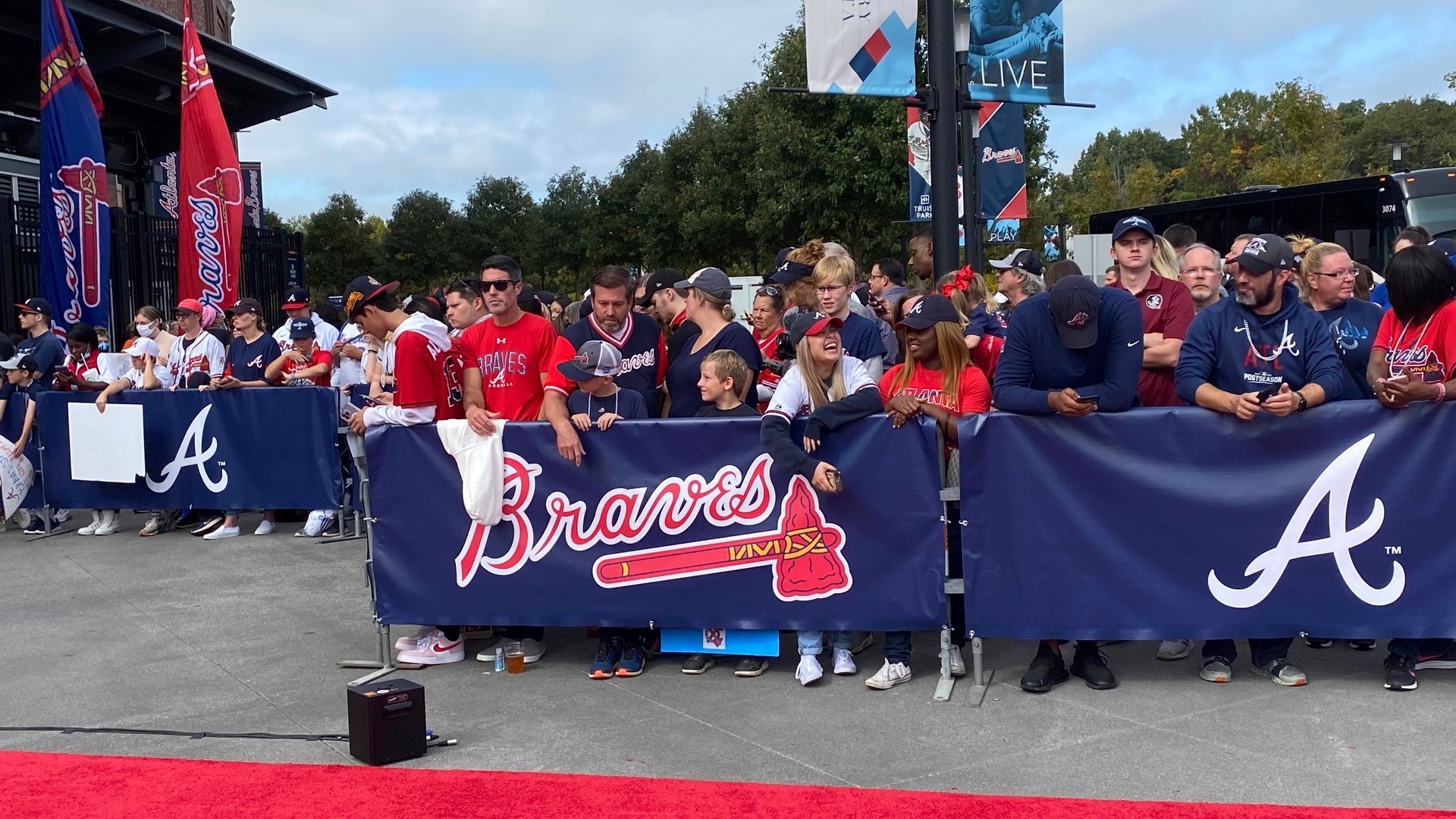 ATLANTA — Braves fans gathered Monday to send off the team with a bang as the team headed off to Houston for the World Series!

The Heavy Hitters, Tomahawk Team, and BLOOPER were packed with the fans outside of the Third Base Gate on Battery Avenue for the sendoff.

Fans were encouraged to bring their "A-game," and come equipped with signs while draped in Braves gear. It's all about sending the players off with warm regards and wishing them luck in their quest to bring home a trophy.

"The fact that we came back and got our division was enough for me this year, but we're going to the show," said fan Valerie Weaver.

Another fan, Lyle Woodward offered her own prediction for the series and feels optimistic about the outcome.

"The Astro's better watch out because not only are the Braves bringing it, but the fans are bringing it," she added

Can't make it to Houston? There will be watch parties for the first couple of games at the Battery starting at 7:30 p.m. Tuesday and Wednesday.