Tragedy and competition fuel Ozzie Albies' pursuit to the majors 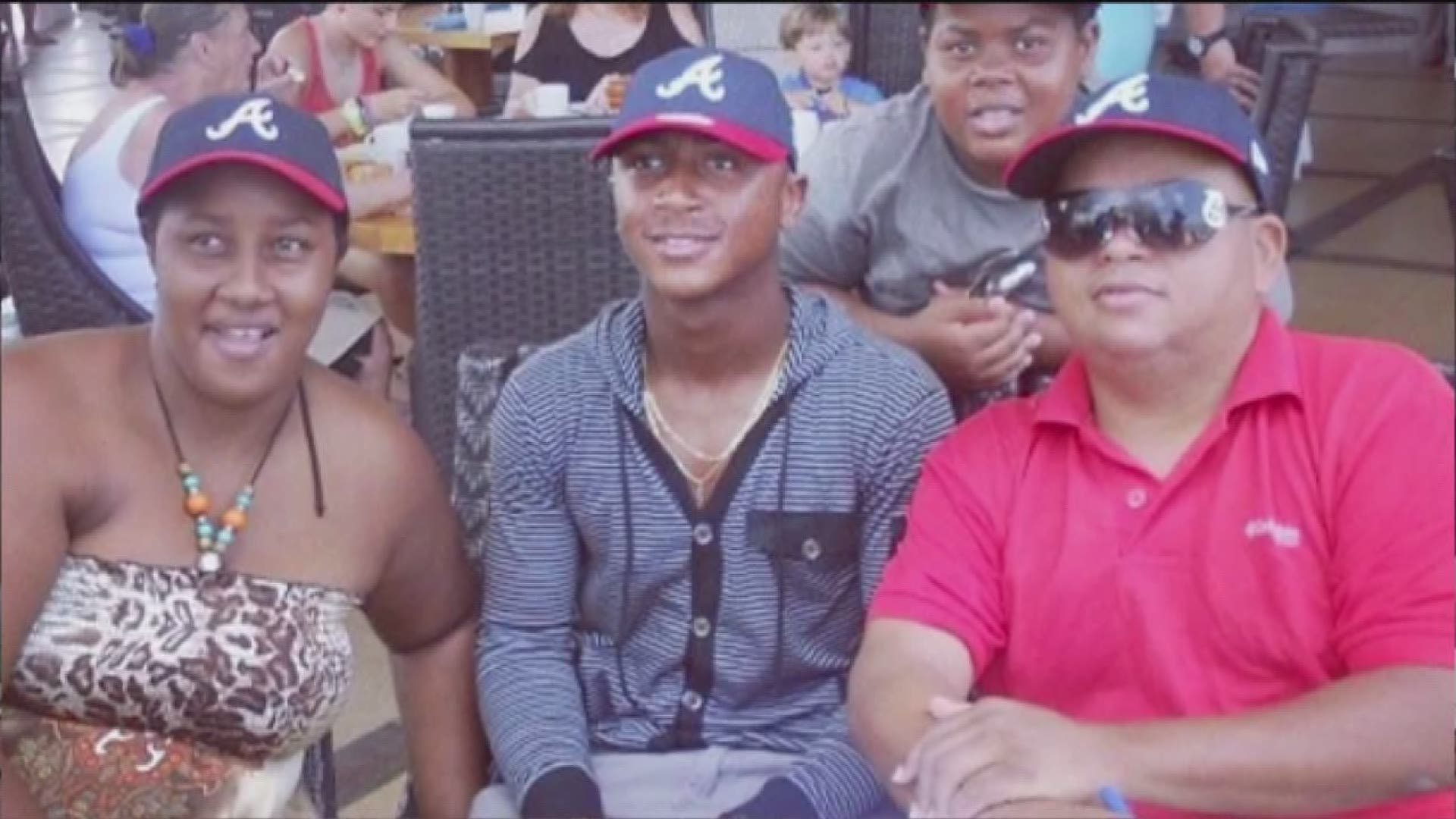 KISSIMMEE, Fla. -- The connection between a father and son can never be replaced.

The connection between Atlanta Braves prospect Ozzie Albies and his late father, Osgarry, is something the 20-year-old infielder will never forget.

“I started playing at 6, and he was always the one to tell me go for it,” Albies told 11Alive after a day of working out with the team at spring training.

Osgarry had the chance to see his son reach for the highest star possible. He was there when Albies signed his first contract in 2013, but he passed away at just 40 after a heart attack.

“It was hard for me to go through it. But now I know he’s looking at everything I’m doing in my life, and I’m doing this for him,” Albies said. “He inspired me a lot. Even now, sometimes I feel him during the game.”

Osgarry never got the chance to see Ozzie play a single inning in the Braves organization.

“He was always the one who [would] bring me to the field, pushing me, saying, ‘Let’s go, let’s go,’ and whenever I feel like I was getting tired he would push me again.”

The life lessons didn't end there.

Just last year, Albies, while in one of his best seasons, was on the verge of being called up to the bigs before he injured his elbow and had to go into surgery. He hit .292 in Double-A and Triple-A last year and had six home runs and 52 RBIs.

“It was a hard moment,” Albies said. “It's life, I need to go through it. So I just have to keep calm and stay positive.”

He is still recovering and won’t be able to participate in the first spring training games until he is fully cleared, according to manager Brian Snitker.

All of the pain and adversity, they are intangibles that Albies believes are helping him prepare to achieve his next big goal: making it to the majors. He feels like the competition with veterans, like Brandon Phillips who was just signed to the team, is fuel to get better.

“It’s a great challenge to play with guys who are older than me, and I like it. I like to challenge myself,” Albies said.

“No one is going to block Ozzie Albies,” Braves General Manager John Coppolella said. “He’s still got to get healthy and still has some things to prove. When he's ready, he will get an opportunity,” Coppolella said.

Coppolella sees no reason to try and rush a prospect who he views as vital to the future success of the organization.

When Albies does get his chance, he will always have his family with him. His mother, Jhadari, visits Atlanta once a year from Curacao, Albies' native country. He has her name tattooed on his left arm to keep her close. His brother calls him everyday to challenge him to get better.

And then there is the memory of his father, which brings both pain and joy, that he carries with him everywhere.

And his father will be there with him when Albies takes his first steps up to the plate as a major leaguer.