The Braves are taking on the Mets without two key players - even though their tests came back negative for coronavirus. 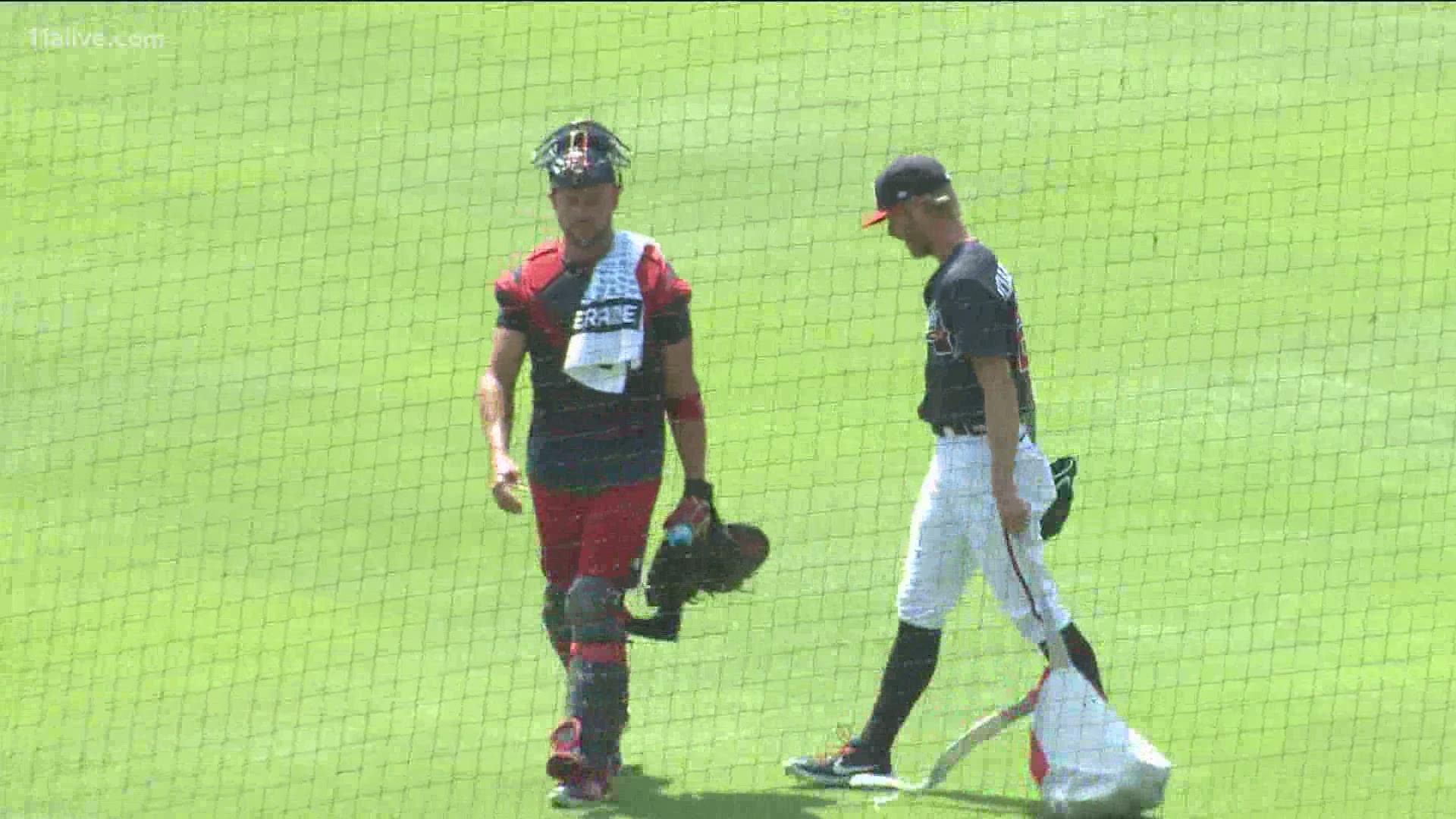 NEW YORK — The 2020 season for the Braves is finally underway. Unfortunately for Atlanta, two key players missed the road trip to New York to face the Mets

The Braves took on the Mets without Tyler Flowers and Travis d'Arnaud. Both were showing symptoms related to COVID-19. Even though they had tested negative, the Braves are keeping them off this road trip to New York out of an abundance of caution.

“Because they had symptoms we didn't want them on the plane with us, obviously, last night,” Braves Coach Brian Snitker said. “So, we were just we're hoping they'd both wake up today and feel great, but that wasn't the case. They tested negative, but they are, you know, having symptoms. They just want to, like you said. on the side of caution.”

Braves first baseman Freddie Freeman applauded them for “being truthful.” Freeman himself had a rough bout with the illness just weeks earlier.

“It's tough, you know, when you lose your two catchers, but no one's going to feel sorry for us,” he said. “The Nationals didn't have Juan Soto last night and you know it's going to be happening throughout the course of this year.”

Freddie also said he had a conversation with his teammates about how important it is to stay transparent about how you're feeling, especially now that this 60-game season is underway. When it comes to catchers who will be available against the Mets, Alex Jackson and William Contreras will get that opportunity.

'I know people swimming in rivers and lakes': Team USA swimmers train however possible for Tokyo 2021