The Astros and Rays battle again tomorrow in St. Pete. 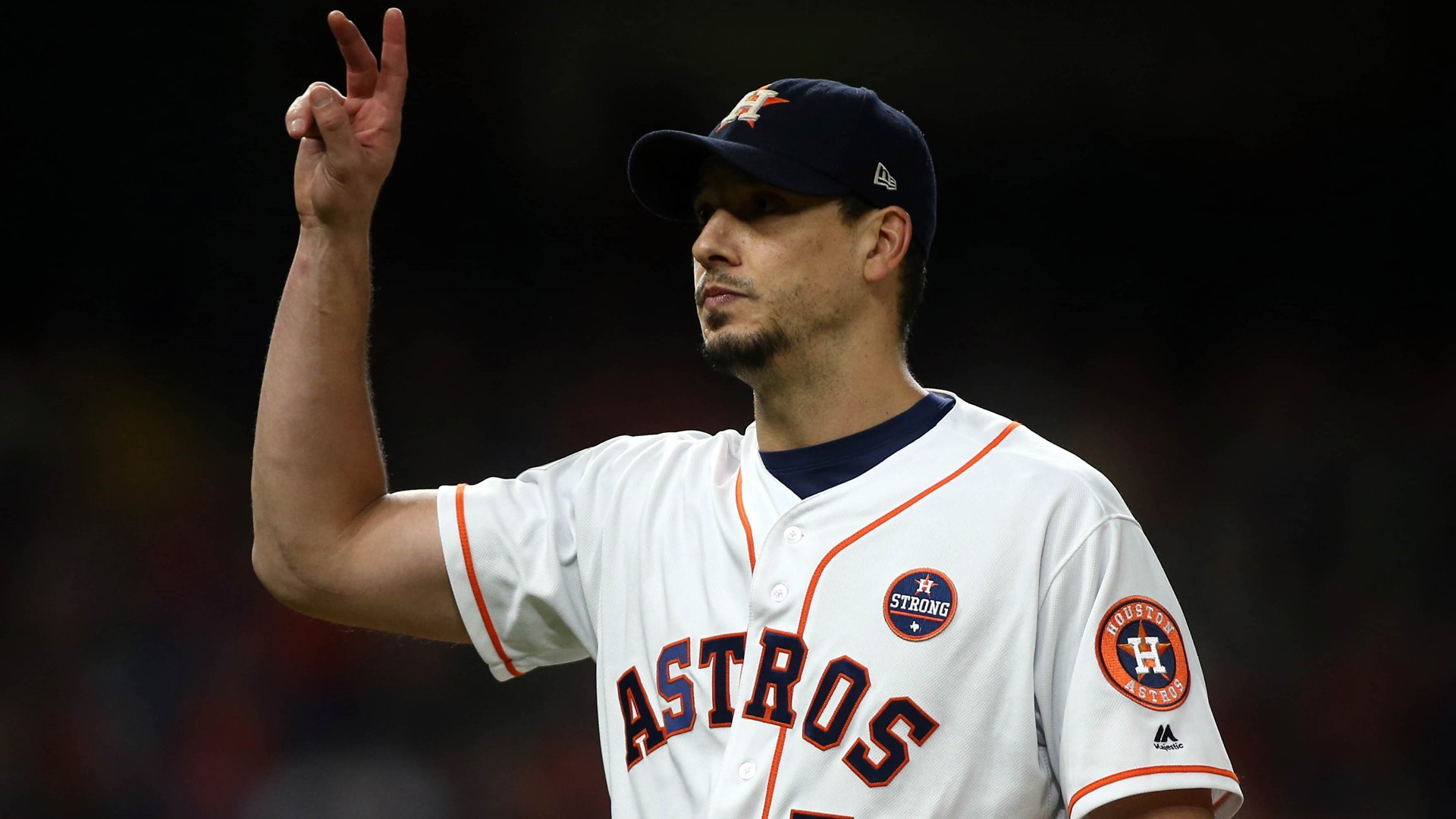 Facing the team he helped win the World Series two years ago, Morton allowed one run and three hits while striking out nine over five innings. The 35-year-old Morton is 4-0 with an 0.95 ERA in four career elimination starts, including last week's wild-card win at Oakland.

Astros manager AJ Hinch announced after the game that Houston will start Justin Verlander on three days of rest in Game 4 in the best-of-five matchup at Tropicana Field on Tuesday. Tampa Bay will use Diego Castillo as an opener.

Kiermaier got the wild-card Rays going with his shot the second inning. Ji-Man Choi and Brandon Lowe added solo shots off Greinke, who has never won in Tampa Bay, and Willy Adames added a solo blast against Wade Miley in the sixth.

Tampa Bay's four home runs matched a franchise record for a postseason game. The Rays also went deep four times against the Boston Red Sox during the 2008 AL Championship Series and did it again during last week's 5-1 wild-card victory against the Athletics.

Jose Altuve homered for the Astros, who are one victory away from their third straight appearance in the ALCS. It was Altuve's 10th career postseason home run, tied with Chase Utley for the most by a second baseman in major league history.

Morton, who won 29 games for Houston over two seasons before joining the Rays as a free agent last offseason, departed with an 8-1 lead. Four relievers finished the combined seven-hitter for the Rays, who have never been swept in a playoff series.

The Astros won the first two games with a pair of dominating pitching performances from Justin Verlander and Gerrit Cole, who combined to limit the Rays to one unearned run and five hits with 23 strikeouts over 14 2/3 innings. Houston's other pitchers have allowed 12 earned runs in 11 1/3 frames, an ERA of 9.53.

With Morton on the mound, and returning home for the first playoff game at Tropicana Field in six years, the Rays were confident they would find a way to get back into the series against Greinke, an 18-game winner who was 8-1 with a 3.02 in 10 starts after being acquired from Arizona at the trade deadline.

Kiermaier's homer to right-center whipped a sellout crowd of 32,251 waving bright yellow rally towels — more than twice the 14,734 the Rays averaged during the regular season — into a frenzy. The party continued when Choi homered with two outs in the third and Lowe led off the fourth with an opposite-field shot that made it 5-1.

Morton, meanwhile, remained perfect in potential postseason elimination games, including a pair of Game 7 victories during Houston's 2017 World Series run. He shrugged off yielding Altuve's first-inning homer to hold the Astros potent lineup in check while his offense was building a comfortable lead.

Astros are retired in order to end the game.

Yordan Alvarez singled to right, but was stranded there. Rays

The Astros claw their way back a little. Yuli Gurriel singled to center, driving in Alex Bregman and Yordan Alvarez. But in the bottom of the inning, Willy Adames went deep to give Tampa Bay a 9-3 lead.

Rays and Astros both go three up, three down.

Yuli Gurriel singled to lead off the inning, but was stranded.  In the bottom of the inning, Brandon Lowe homered for Tampa.  Pham and Meadows also drove in runs, giving Tampa Bay an 8-1 lead.

Jose Altuve doubled to lead off the inning, but was left there when Charlie Morton retired the next three batters in order.  In the bottom of the inning, Ji-man Choi homered to give Tampa Bay a 4-1 lead.

Robinson Churinos walked, but was left there when George Springer ended the inning with a strikeout. In the bottom of the inning, Kevin Kiermaier left the yard for a three-run homer to give Tampa the lead.

Jose Altuve gave Houston a 1-0 lead with his second home run of the American League Division Series.  In the bottom half of the inning, Zack Greinke put the Rays down in order.  1-0 Astros.