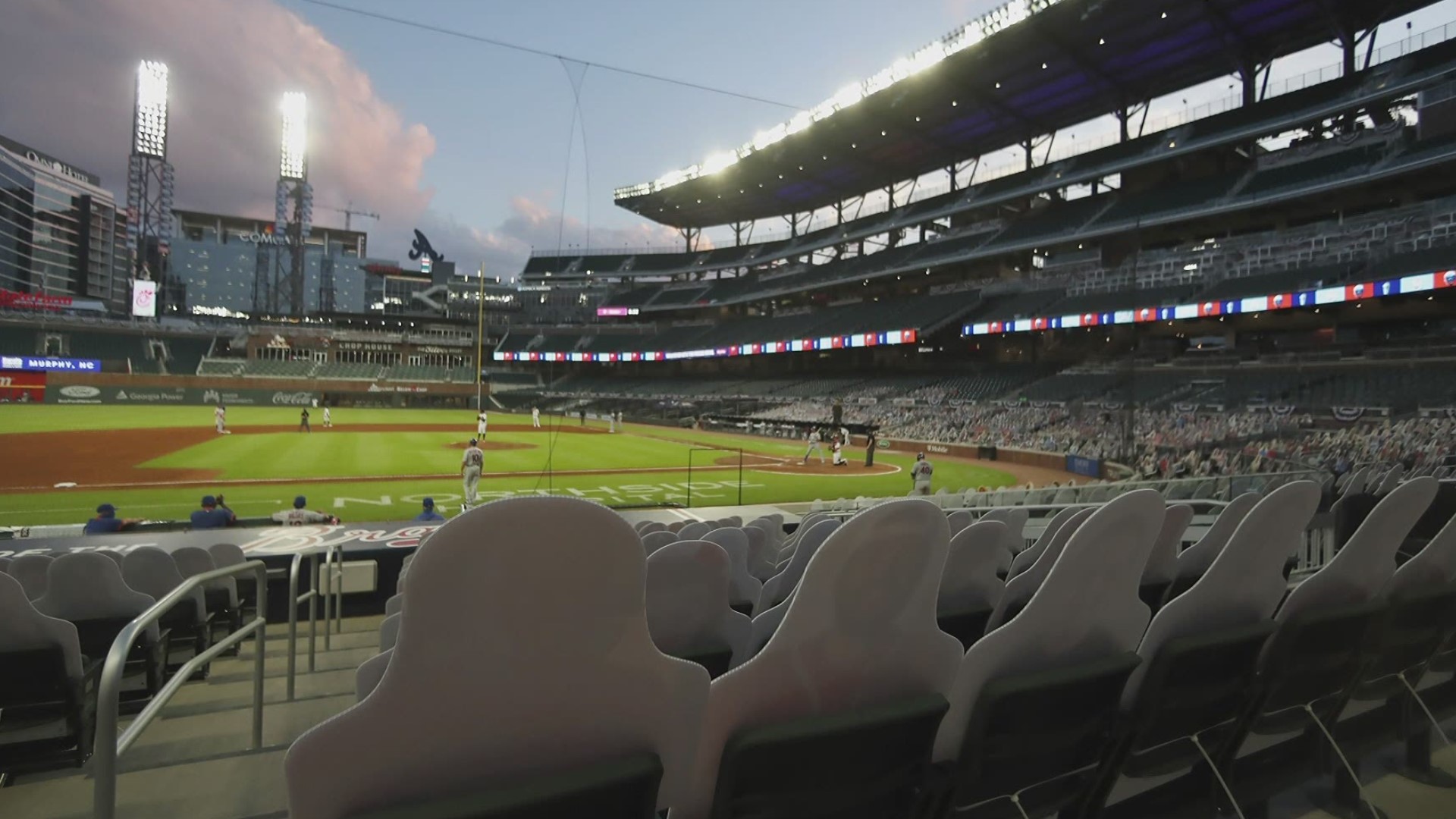 Since its passage, critics of the new law have called for boycotts and put pressure on companies headquartered in the state to take a stand against the law.

Discussion of the law now also appear to have made its way onto the fields and courts.

"It's one of the biggest things we do as Americans is to vote," Hawks forward Solomon Hill said. "If anything, as far as rigging, that's the closest thing that you can get to rigging, is to suppress voters."

But baseball could feel some of the ramifications.

The new voter law limits absentee voting and the use of ballot drop boxes while strengthening ID requirements. some argue the moves restrict minorities' right to vote.

Clark told the Boston Globe, “we have not had a conversation with the league on that issue. If there is an opportunity to, we would look forward to having that conversation."

The All-Star game is scheduled for Truist park in July. Moving the game would hardly be unprecedented.

"We have to go back to the 90s - Arizona lost a Super Bowl when they passed a bill not to have Martin Luther King Jr. Day as a paid holiday," Leak said. “The NFL owners voted to take the Super Bowl away from them."

This summer, teams, leagues and players have proved they can force change.

While Clark said that players are discussing Georgia's new voting law, Braves manager Brian Snitker said that no players have said anything to him about it.

11Alive reached out to Major League Baseball and the Braves, but both declined to comment at this time.

In a video statement, Cobb County Chairwoman Lisa Cupid said she understands the sentiments shared by some to move the game, but said the impact of moving the game could hit the county hard.

"Our top industries are retail travel and tourism," Cupid said during the statement, adding that the All-Star Game has the ability to buoy the county from what it has endured during the pandemic to "the successful county that we know we have always had and will continue to have."

Instead, Cupid said that she hoped the All-Star Game would be a platform for having a conversation that "addresses inclusiveness within our state and our county."

"I can assure you this recent recent bill does not reflect the heart or the interest of our local elected leaders," Cupid said. "The time is now for us to move our county and our state forward together."