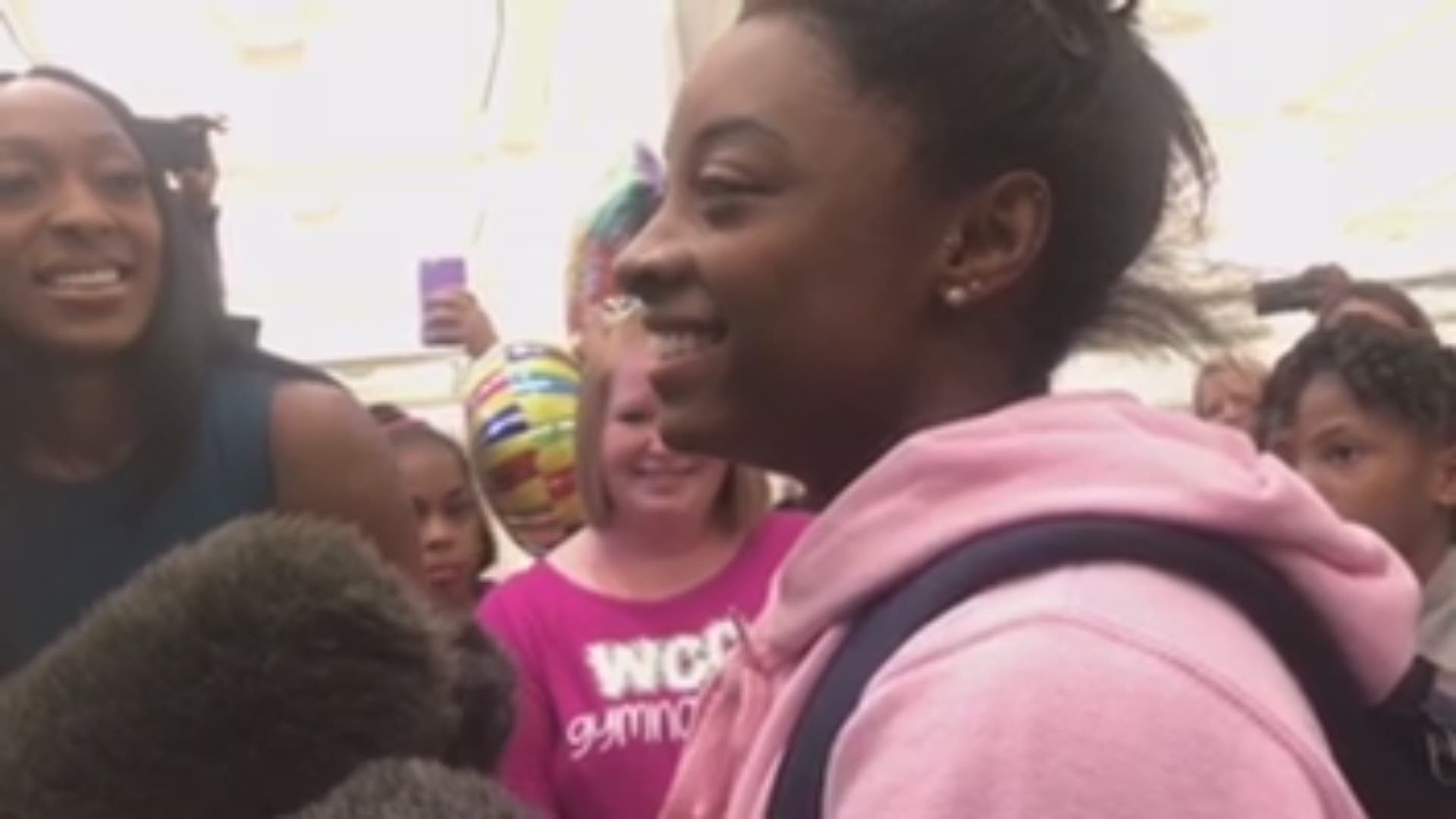 HOUSTON — The Houston Astros look to bounce back tonight after falling 5-4 to the Washington Nationals in Game 1 of the World Series at Minute Maid Park.

Justin Verlander (21-6) will take the mound for the Astros while Stephen Strasberg (18-6) is set to pitch for the Nationals.

Here are more festivities you can catch before the game.

KHOU 11 Sports Anchor Jason Bristol caught up with Abigail before she entered into Minute Maid Park to watch Game 1 of the World Series and asked her about what she talked to Altuve about.

"I told him, that Altuve, please make a home run for me," said Abigail.

Springer became the first player in MLB history to hit a home run in 5 consecutive World Series games. He had been tied at 4 straight with Hall of Famers Reggie Jackson and Lou Gherig. Pretty good company, right?

Nationals rookie Juan Soto managed to tie Game 1 of the World Series up at 2 with a solo home run of his own in the top of the fourth inning.

A moment of silence was held before Game 1 of the World Series in memory of umpire Eric Cooper, who died last weekend after developing a blood clot following knee surgery.

Cooper had worked the AL Division Series between the New York Yankees and Minnesota Twins earlier this month.