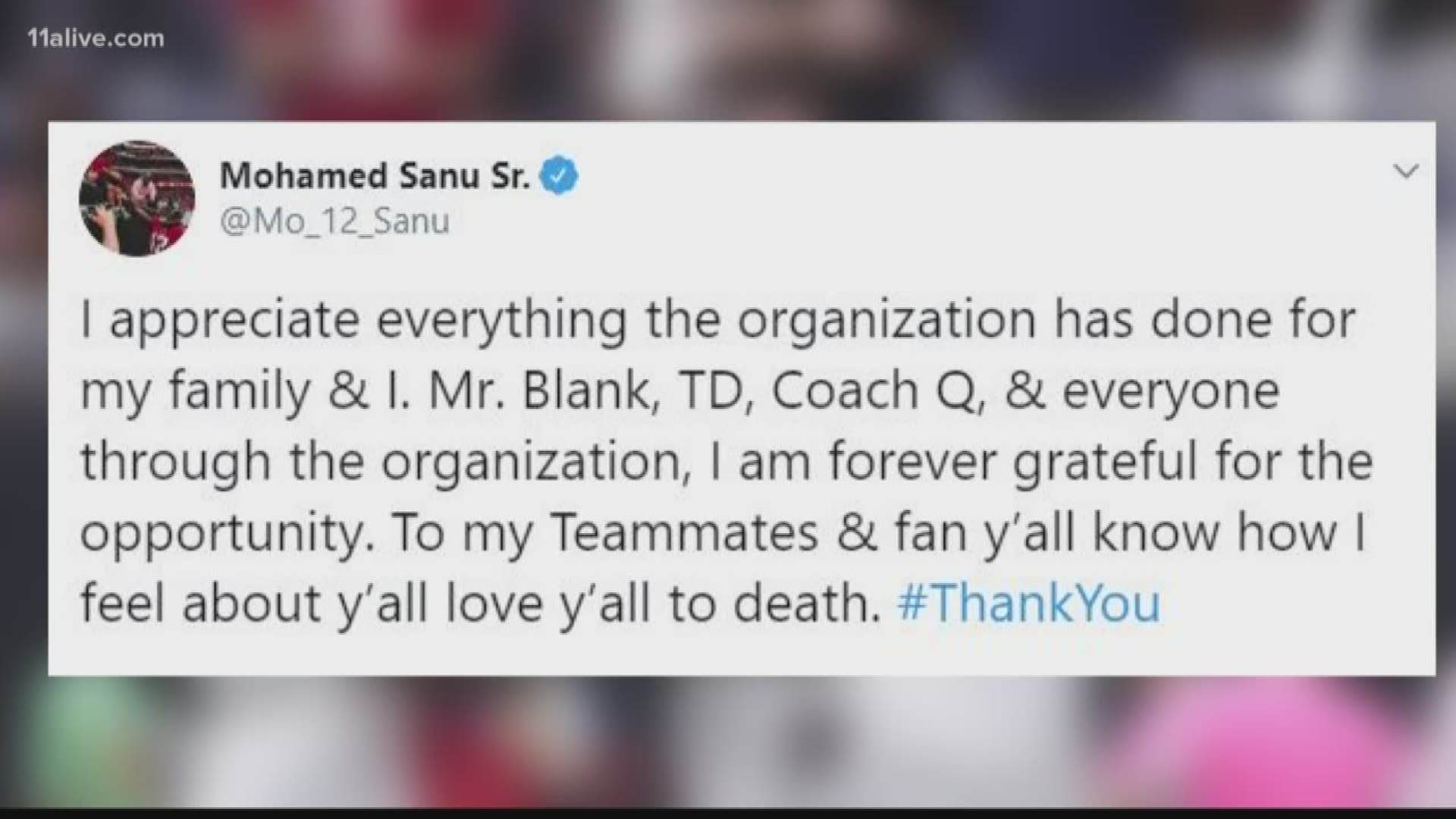 The move comes as doubts swirl about the team's future following a 1-6 start to the season, including five losses in a row.

Sanu, a mainstay of the Falcons receiver corps since 2016, had recorded 33 receptions for 313 yards and one touchdown this season.

"I appreciate everything the organization has done for my family & I," the receiver wrote. "Mr. Blank, TD, Coach Q, & everyone though the organization, I am grateful for the opportunity. To my Teammates & fan(s) y'all know how I feel about y'all love ya'll to death. #ThankYou."

It was confirmed to 11Alive by Sanu's business manager Patrick Powell.

According to ESPN's Adam Schefter, who first reported the trade, he was dealt for a second-round pick.

Sanu, 30, joins a Patriots team on the opposite trajectory of Atlanta - flying high at 7-0 after dominating the New York Jets 33-0 on Monday night.

Sanu's trade appears to signal the beginning of the end for the Falcons team that went to the Super Bowl LI and went 21-11 between the 2016-17 seasons.

Atlanta went a disappointing 7-9 last year, and hopes of a rebound have been unceremoniously dashed this season with the 1-6 start.

It is widely assumed coach Dan Quinn's job is in jeopardy, though so far he has maintained public support from Falcons owner Arthur Blank.

Not just the losses, but the style in which they have come - blowouts by 27, 21 and 14 points among three of their last four - has been hard to stomach for fans.

Frustrations boiled over during a 24-10 loss to Tennessee last month, as fans booed and the team's biggest star, Julio Jones, told reporters after the game that he "doesn't hear that s****."

Things won't likely get any better this weekend, with a 5-2 Seattle Seahawks team visiting the Mercedes-Benz Stadium.

Falcons' Matt Ryan has ankle sprain, not ruled out vs Seahawks