Young never looked like a playoff rookie, hitting the winning shot with 0.9 seconds left in the opener and scoring at least 20 points in every game. 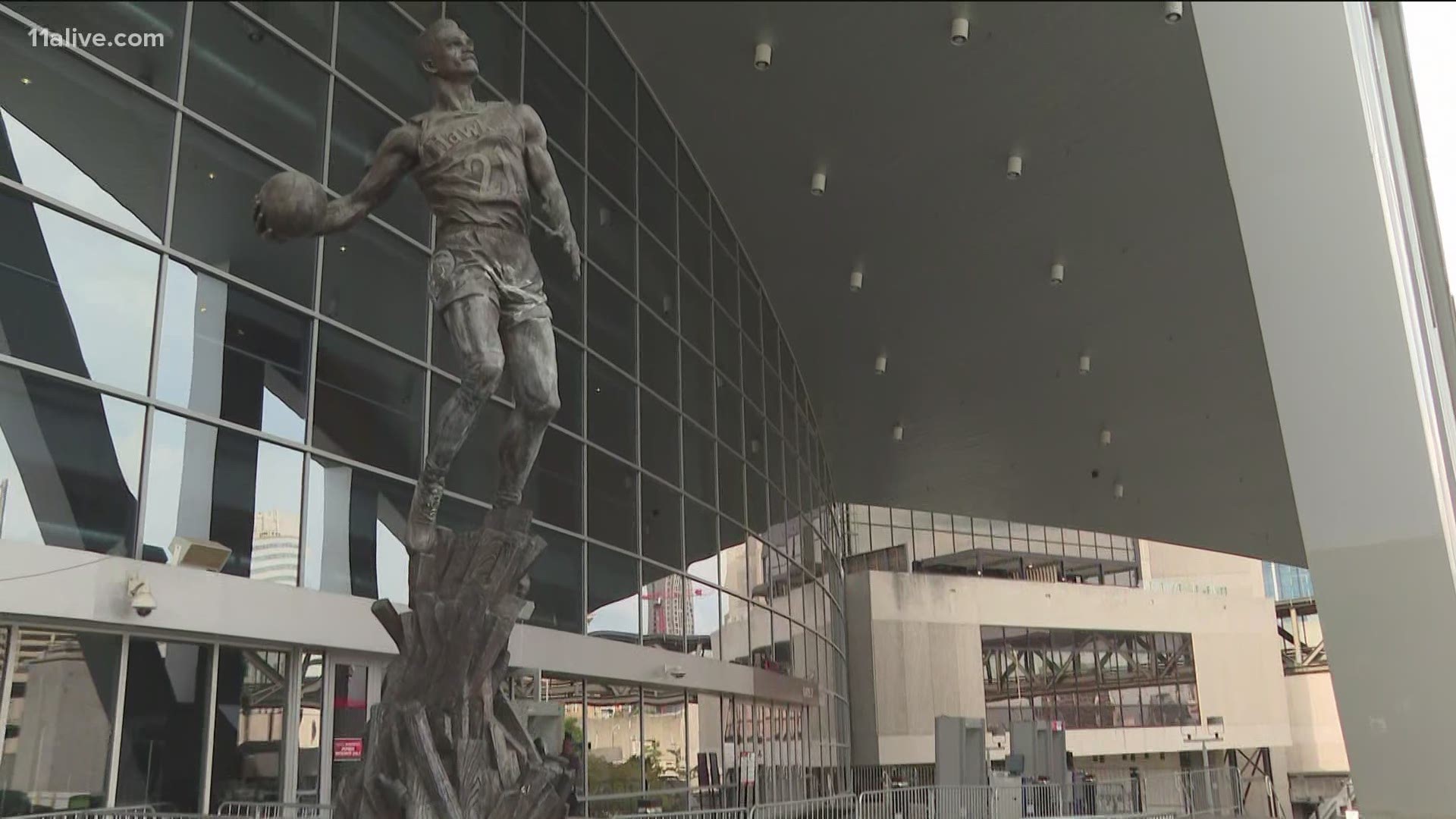 UPDATE: Trae Young put the finishing touches on his impressive first playoff series with 36 points and nine assists, and the Atlanta Hawks beat the New York Knicks 103-89 in Game 5.

Clint Capela backed up his confident words from a day earlier with 14 points and 15 rebounds for the Hawks, who will play the top-seeded Philadelphia 76ers in their first trip to the Eastern Conference semifinals since 2016.

That series begins Sunday. Young never looked like a playoff rookie, hitting the winning shot with 0.9 seconds left in the opener and scoring at least 20 points in every game.

The Atlanta Hawks are set to take on the New York Knicks for Game 5 as they lead the series 3-1.

This is the first round of the playoffs and this would be a big win for the Hawks if they come out on top. The win would advance the the team to the second round.

The game is in New York and starts at 7:30 p.m. eastern. Here's what you need to know about the game and the recent top performers.

The Atlanta Hawks look to clinch the series over the New York Knicks in game five of the Eastern Conference first round. The Hawks won the last meeting 113-96. Trae Young scored 27 points to lead Atlanta to the win and Julius Randle recorded 23 points in the loss for New York.

The Knicks are 25-17 against conference opponents. New York is at the bottom of the Eastern Conference recording 21.4 assists per game led by Randle averaging 6.0.

The Hawks are 24-18 in Eastern Conference play. Atlanta is fifth in the league with 45.6 rebounds per game led by Clint Capela averaging 14.3.

Randle is scoring 24.1 points per game and averaging 10.2 rebounds for the Knicks. Derrick Rose is averaging 18.2 points and 3.9 rebounds while shooting 46.2% over the last 10 games for New York.

Bogdan Bogdanovic leads the Hawks averaging 3.3 made 3-pointers while scoring 16.4 points per game and shooting 43.8% from beyond the arc. Young is averaging 25.3 points and 9.6 assists over the last 10 games for Atlanta.