'Keep ya mask on my boy' | Knicks fan appears to spit at Trae Young, now banned from games

The incident happened during Atlanta's loss on Thursday night in New York in Game 2 of their playoff series. 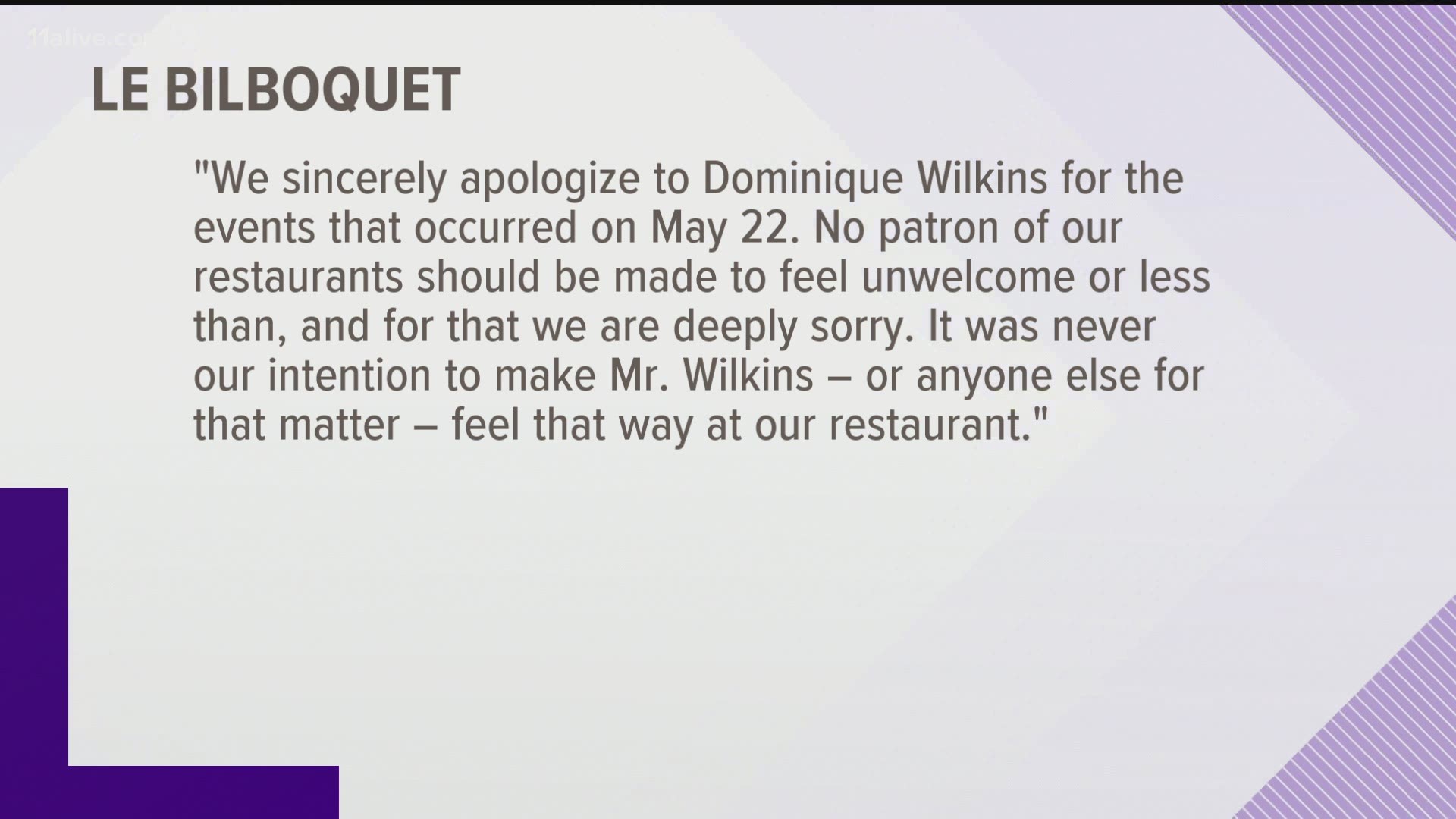 ATLANTA — Hawks star Trae Young on Thursday aimed to brush off an incident from the night before in which he was evidently spit at during Atlanta's loss in Game 2 of their playoff series against New York.

A viral capture of the incident off TV footage circulated on Twitter, showing the spit seemingly landing behind Young before an in-bounds play midway through the fourth quarter.

Everyone is talking about the Sixers fan dumping popcorn on Westbrook, but let’s not ignore the Knicks fan spitting on Trae Young pic.twitter.com/HWioRIs8Al

It's not clear the spit actually landed on Young, who doesn't seem to react in the moment. A female fan behind him appears to startle, however.

On Twitter, Young responded by writing: "Keep ya mask on my boy #ThatsJustChildish."

The Knicks said they banned the fan.

“We investigated the matter and determined that this patron, who is not a season ticket holder, did indeed spit on Trae Young, and for that reason, he is now banned from The Garden indefinitely,” the team said in a statement. “We apologize to Trae and the entire Atlanta Hawks organization for this fan’s behavior.”

The statement added: "This was completely unacceptable and will not be tolerated in our venue. We have turned the information over to the appropriate authorities."

It was one of two incidents from Wednesday night in which fan behavior was the focus of criticism. The other involved Washington Wizards star Russell Westbrook, who had popcorn thrown on him by a Philadelphia 76ers fan.

That fan was also banned, and had his season tickets revoked.

In a statement, the NBA said: "The return of more NBA fans to our arenas has brought great excitement and energy to the start of the playoffs, but it is critical that we all show respect for players, officials and our fellow fans. An enhanced fan code of conduct will be vigorously enforced in order to ensure a safe and respectful environment for all involved."