The Day After: 5 things we learned from the Atlanta Hawks' whirlwind draft

According to Atlanta GM Travis Schlenk, he didn't know the Hawks and Mavericks would consummate the Luka Doncic-Trae Young trade until 7:15 p.m. EST on Thursday. 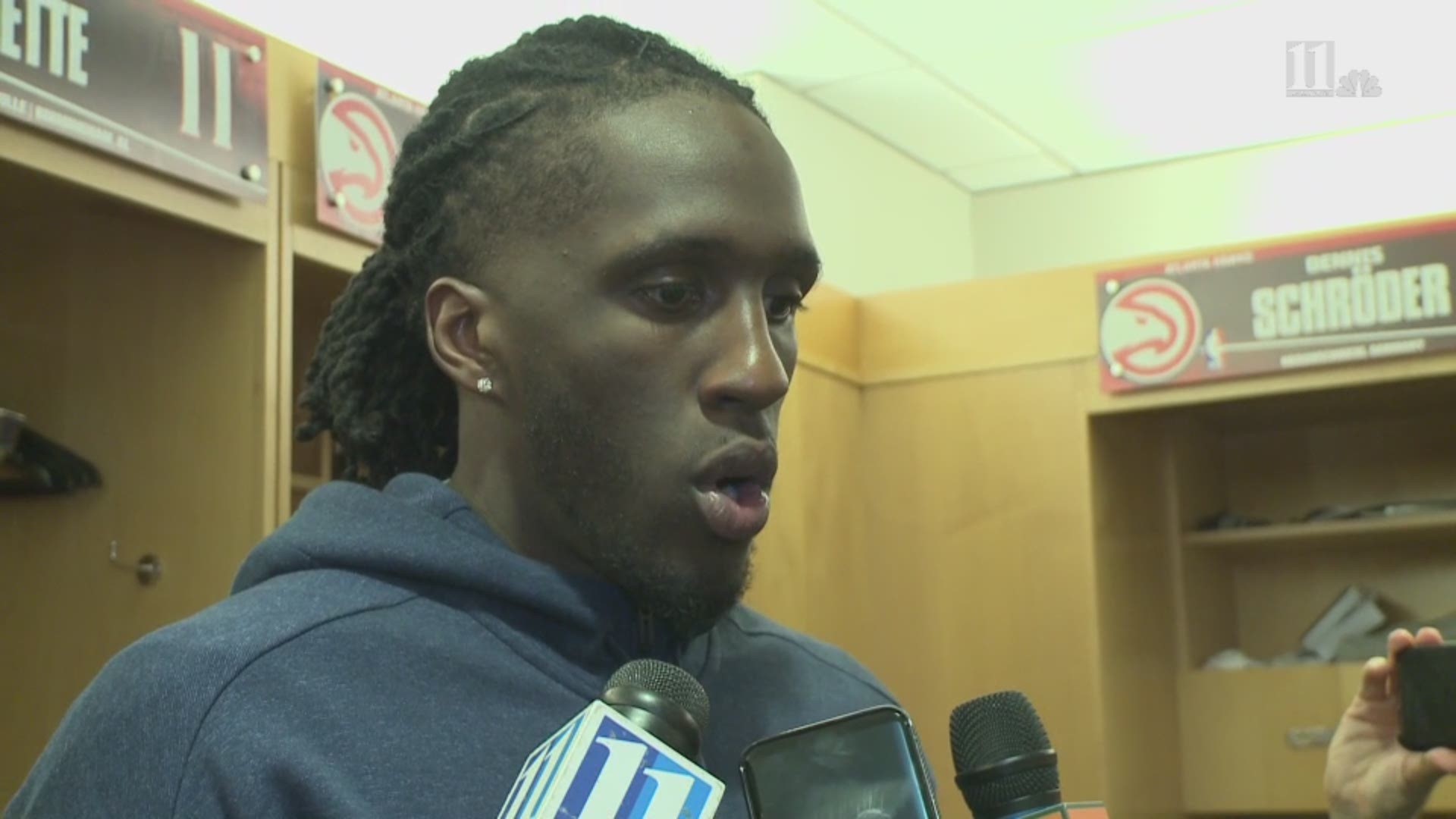 ATLANTA–Here are five things we learned from the Atlanta Hawks' whirlwind draft on Thursday, which yielded three first-round picks for the fall (Trae Young, Kevin Huerter, Omari Spellman) and a bonanza of coveted selections down the road.

Not bad for a franchise that was woefully overmatched for large chunks of last season.

1. Luka Doncic and Trae Young will forever be linked in NBA lore, thanks to Thursday's big-time swap

According to GM Travis Schlenk, he didn't know the Hawks and Mavericks would consummate the evening's first blockbuster trade until 7:15 p.m. EST.

This left Atlanta officials with roughly 30 minutes to scramble for a new game plan at the top, reassessing the draft marketplace at the 5-slot, as opposed to No. 3 overall.

Enter Trae Young, easily the draft's most electrifying college talent last season. For his lone campaign with Oklahoma, Young became the first player in NCAA history to lead the nation in scoring and assists.

By extension, the freshman also led the country in double-doubles with points and assists (11).

Watching Young should be a thrilling experience for Hawks fans. This hometown Sooner's bigger than he looks on TV (6-foot-2, 180 pounds). He's also substantially quicker in live action, which seems weird to say, since Young's dribble-drive moves to the basket play quite well on TV.

Simply put, if this year's rookie class has anything resembling the greatness of two-time MVP Stephen Curry (compare the college highlights), Young's likely carrying that torch. He's a scoring machine, with also the knack for collecting 15-plus assists on any given night in the pros.

"It'd be great if Trae grew 6 inches before (Monday's introductory press conference)," joked Schlenk, while citing Young's need to get stronger at the next level.

However, the critique ended there.

On the plus side, Schlenk marveled at Young's quickness, high basketball IQ and absurd knack for shooting at a high percentage 25-30 feet from the basket.

"The way we drafted (at Golden State) is the way we're going to draft here," says Schlenk, a former front-office executive with the dynastic Warriors (three NBA titles in four years).

For Young, he likened Thursday's draft experience to choosing a college just one year ago.

Now for the weird portion of this mini-section:

Did you happen to catch ESPN insider Adrian Wojnarowski's televised scoop of the Hawks-Mavericks trade at 3 and 5, before either club selected a player?

While broadcasting to a nationwide audience, including those attending the draft at Barclays Center (Brooklyn), Wojnarowski reported the Atlanta-Dallas trade would be contingent on Memphis selecting Michigan State's Jaren Jackson Jr. over Trae Young at No. 4 overall.

This begged the question: What if the Grizzlies had intentionally sabotaged the prospective trade, after learning about it on live TV?

It's one thing for sports insiders to break news before everything goes down with a trade. That's life in our social-media-obsessed world.

That aside, I can never recall the particulars of a deal going public, while a non-participatory team still had a chance to destroy everything high in the draft.

It's not like this was some planned second-round swap. With executives, sports careers are made and broken on high-level picks. It's why we lean on the time-tested phrase of, "Drafts have consequences!"

Nonetheless, Schlenk didn't seem fazed by ESPN ratcheting up the pressure of the proposed trade.

"I was pretty confident" the Grizzlies were going to draft Jackson, revealed Schlenk on Thursday.

That's the result of having strong bonds of trust with executives from other teams.

2. For NBA draft historians, there was an eerie, deja-vu feel to the Young-Doncic trade

In 2001, the Hawks drafted a Spanish teenager named Pau Gasol with the third overall pick.

A few minutes later, the club traded Gasol, Brevin Knight and Lorenzen Wright to the Memphis Grizzlies for Shareef Abdur-Rahim and Jamaal Tinsley.

On paper, the trade made perfect sense for both sides: The Grizzlies seemingly got a long-term anchor in Gasol ... and the Hawks were primed for an immediate boost with Abdur-Rahim (averaged 18.1 points/7.5 rebounds over 12 NBA seasons) and Tinsley (averaged 10.4 points/7.5 boards/1.7 steals during his first seven NBA seasons).

But alas, it wasn't meant to be. Abdur-Rahim was statistically sound with the Hawks (averages: 20.4 points, 8.9 rebounds), but his star tenure with the club would barely last two seasons; and Tinsley would quickly be traded to the Pacers, in exchange for French prospect Boris Diaw.

Once again, thoughtful trades on paper ... but never enough to vault the Hawks into the upper-echelon of NBA teams. 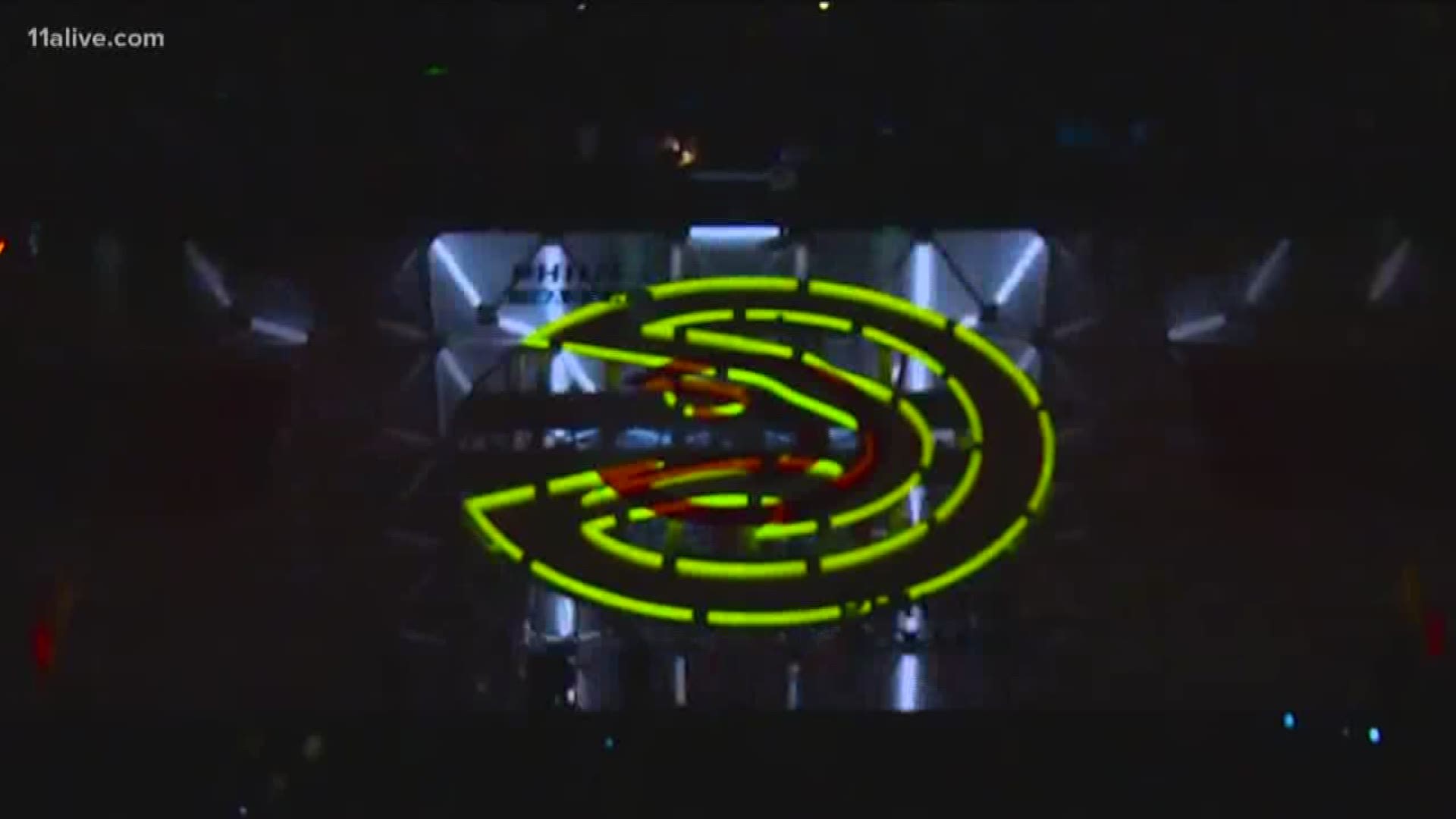 Fast forward to the present: When rumors of a Doncic-Young trade were rampant on Thursday, I immediately wondered if–akin to the Gasol vs. Abdur-Rahim debate–there would be a clear winner between Young and Doncic ... 10, 12 or even 17 years from now?

"To us, (Doncic and Young) were the best two playmakers in the draft," said Schlenk, while praising the pair's court vision, passing skills, pick-and-roll acumen and high basketball IQs. "To be honest, our group was really split between the two."

3. Expect the Hawks to be nightly candidates for 115 points next season, when things are rolling

It also helps to welcome in three rookies with shooting expertise: Young, Huerter and Spellman; and in the case of Young (328 triples attempted last season with Oklahoma), would you doubt his chances for averaging 18-20 points as a rookie?

It sounds trite on paper, but Atlanta's best hopes for outscoring opponents next year might have little to do with the defensive end. Instead, it could involve winning the head-to-head battles with three-pointers attempted, treys made, field goals made, assists and shots per possession.

Evolving into a defensive-focused or playoff-hardened group will come in time. For now, the Hawks might bear the look of a team that's hoping to shoot (or run) their opponents out of the gym on a nightly basis.

And the timing couldn't be better: Last year, eight different Hawks averaged double-figure scoring; and with Philips Arena's massive renovation, the marketing side of the franchise will surely appreciate the on-court product's renewed commitment to the 'wow' factor.

4. The Hawks could possibly own three lottery picks in next year's NBA draft

If LeBron James leaves Cleveland in free agency next month (likely) and Dallas struggles to make the playoffs next year (even more likely, given the incredible depth of the Western Conference), Atlanta would be on the precipice of possessing three top-15 selections next June.

(Note: The Mavericks' first-round pick for 2019 is top-five protected.)

Of course, this would also entail the Hawks missing the postseason for a second straight season; but in the grand scheme, it's not a major concern for a franchise that's laser-focused on only two components of the rebuild:

"With three (first-round picks), we have a real chance to be active next year, as well," said Schlenk, overseeing his second amateur draft with the Hawks.

Similar to Thursday's outing, the 2019 NBA Draft won't lack for transformative talent at the top. The ultimate prize seems to be Duke-bound teenager RJ Barrett, who recently led Canada to the Under-19 world championship.

5. Schlenk publicly welcomes the notion of Trae Young and Dennis Schroder occupying the court together next season

On the flip side ... what else was Schlenk supposed to say Thursday night, when addressing the Atlanta media?

If he had downplayed Schroder's chances of remaining with the Hawks long term, the point guard's trade value could be marginalized.

And if he had lavished the veteran guard with praise, it might have come off as disingenuous, since club officials are obviously aware of Schroder's conscientious rant from two months ago.

Back in May, while giving a press conference in his native country, Schroder diplomatically played both sides to whether he'd like to remain with the Hawks through the 2021 season–when his contract comes off the books.

Dennis Schroder posted a career-high 41 PTS, along with 5 REB, 7 AST to fuel the @ATLHawks win in Utah! #TrueToAtlanta pic.twitter.com/K7S4GH3EU4

On one side, Schroder gushed about Atlanta and the franchise's long-term prospects. Twenty seconds later, he was entertaining the notion of playing for the Pacers or Bucks, given how those clubs may be one point guard or playmaker from championship contention.

And perhaps he's right ... on both accounts.

The big question comes in this form:

Are the rebuilding Hawks tangibly better off with Schroder in the fold, especially when his jettisoned salary could set Atlanta up for a major free-agency run in 2019 or 2020–coinciding with the franchise's readiness to compete for the postseason?

At this juncture, Schlenk's not tipping his hand.