The teams both took penalties to start the game 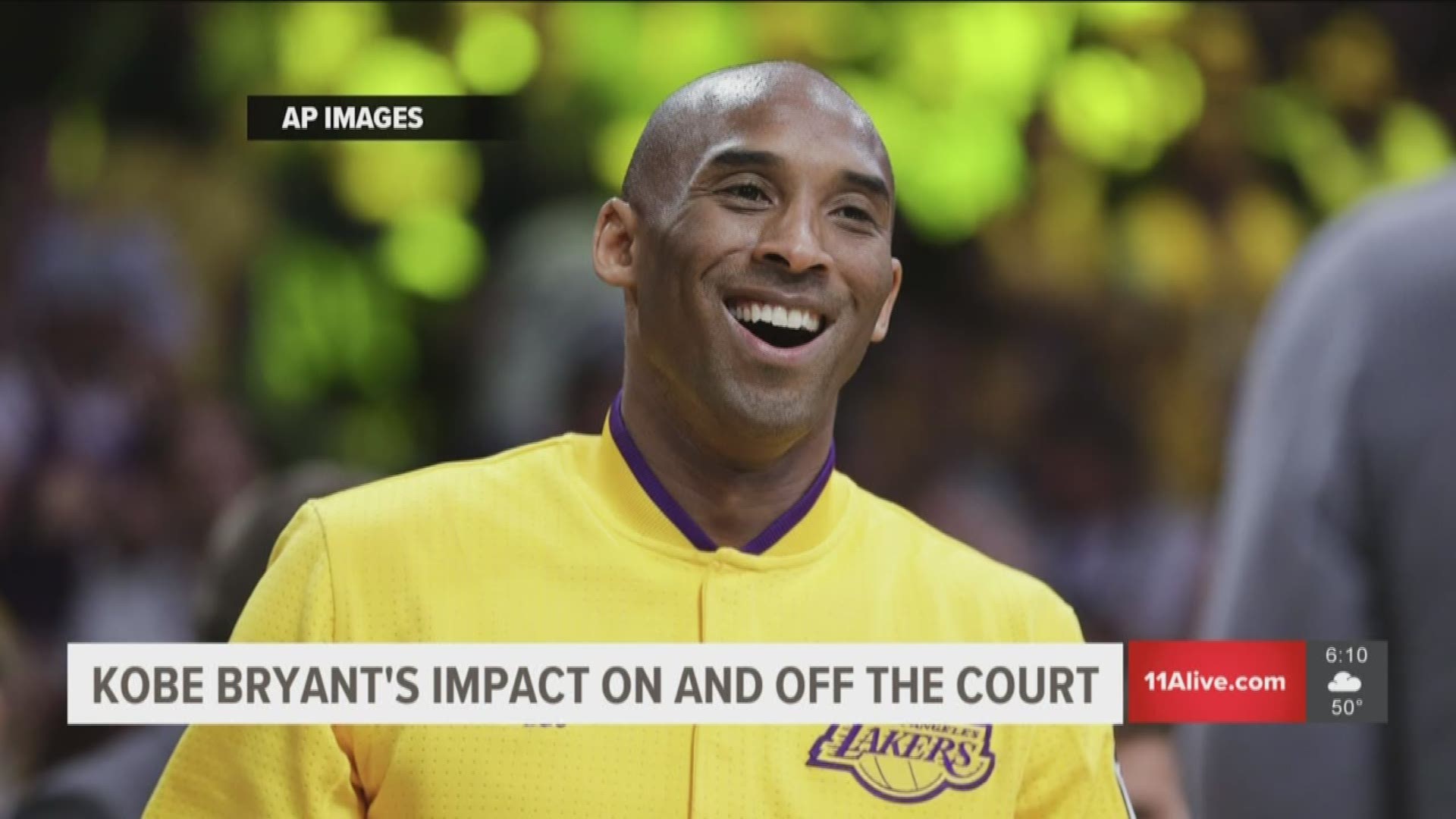 ATLANTA — As the news of Kobe Bryant's death spread across the NBA Sunday, hours before the Hawks and Wizards were set to tip off, there was a different feeling at State Farm Arena.

Before tip-off, a moment of silence was held inside the arena to remember Bryant, who died in a helicopter crash about 30 miles northwest of downtown Los Angeles.

It was time to play basketball. But not without honoring Kobe Bryant.

Trae Young took to the court wearing a No. 8 jersey. He normally wears No. 11. Then, the Hawks, who had the ball first, failed to get the ball across center court, resulting in an 8-second violation. After the turnover, the Wizards committed a 24-second shot clock violation.

It was all this to honor the best player in the NBA to ever wear those numbers. Bryant wore both 8 and 24 during his 20-year career.

But that wasn't all. The players, many visibly emotional, were seen hugging one another during the start of the game.

Why? Because it's more than just basketball.

And the team owners also addressed the situation.

Prior to the game, an emotional head coach Lloyd Pierce spoke to the media:

Celebrities, athletes and politicians react to the death of Kobe Bryant