The woman was seen being ejected after the minor altercation. 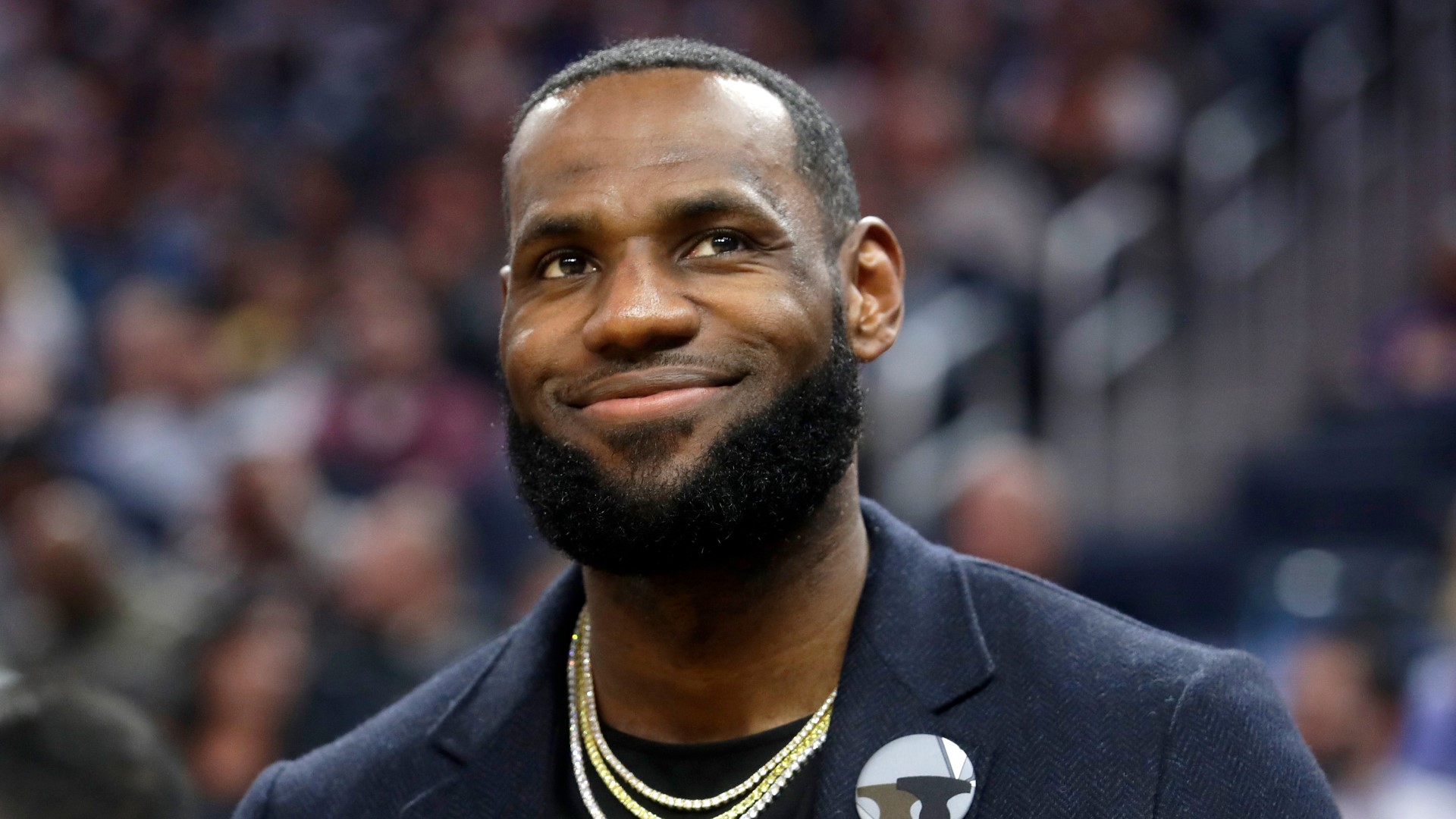 ATLANTA — At the end of the game, LeBron James got the last laugh.

The game between the Atlanta Hawks and Los Angeles Lakers was briefly halted on Monday night at State Farm Arena.

Security was brought down courtside when James got into a dispute with some fans. He said it was no big deal.

James said "there was a back-and-forth between to two grown men" and then someone else jumped into it.

The moment made national headlines and was all over social media Tuesday morning. But, at the end of the day, it was the Lakers who came out ahead as James dominated down the stretch to lead them to a 107-99 victory.

Here is a little bit of the altercation as seen on social media:

The referees stopped the game after LeBron was heckled by a spectator in Atlanta. pic.twitter.com/apoDqvt4ll

He joked about it after the game calling one of the fans a "Courtside Karen":

James said that he's happy fans are back and that "players need that altercation." He even said he didn't think the fans should have been kicked out.

Here's what he said when addressing the media about the altercation:

LeBron on his interaction with spectators in Atlanta on Monday: pic.twitter.com/spWDITZqkl

Chris Carlos, the son of family-owned Republic National Distributing Co.’s former chairman and CEO Michael Carlos, was one of the fans ejected, along with his wife, Juliana, according to the Atlanta Business Chronicle.

Carlos, an Atlanta native and longtime Hawks fan, is a Board of Directors member and partner of Republic National Distributing Co., which is the second largest distributor of premium wine and spirits in the nation, the newspaper reported. He is also a trustee of Atlanta Ballet and was named “Philanthropist of the Year” by the Atlanta chapter of the Association of Fund-Raising Professionals in 2016.

The Hawks are only one of nine teams in the league allowing fans at games. A team spokesperson told 11Alive the arena is only seating at 8 percent capacity, about 1,300 fans. The arena enforces strict COVID-19 guidelines.

Fans who are sitting within 30 feet of the court are required to take a COVID-19 test prior to the game and also answer a questionnaire related to potential exposure.

A spokesperson said Juliana Carlos violated the arena's mandatory mask policy when she took it off to yell at James.

"About last night...," the post reads. "To say things escalated quickly at yesterday's game is an understatement, and I want to apologize for losing my cool and removing my mask in the heat of the moment. My husband is a huge sports fan and we're passionate people, and let's be real: sports wouldn't be sports without a little trash-talking."

"What should have been a quick back-and-forth between two adults got out of hand and my natural instinct to stand up for the man I love kicked in. Did I get defensive when that happened? Yes. Did I use offensive language when I could have taken the higher road? Yes. And for these things, I take full responsibility," the post reads.

In 2019, the NBA adopted a zero-tolerance policy in regards to their code of conduct for fans. State Farm Arena and the Hawks' guidelines fall in line with the league's rules, a team spokesperson said.