The Pontiff received the special 'City Edition' jersey on what would have been the civil rights legend's 92nd birthday. 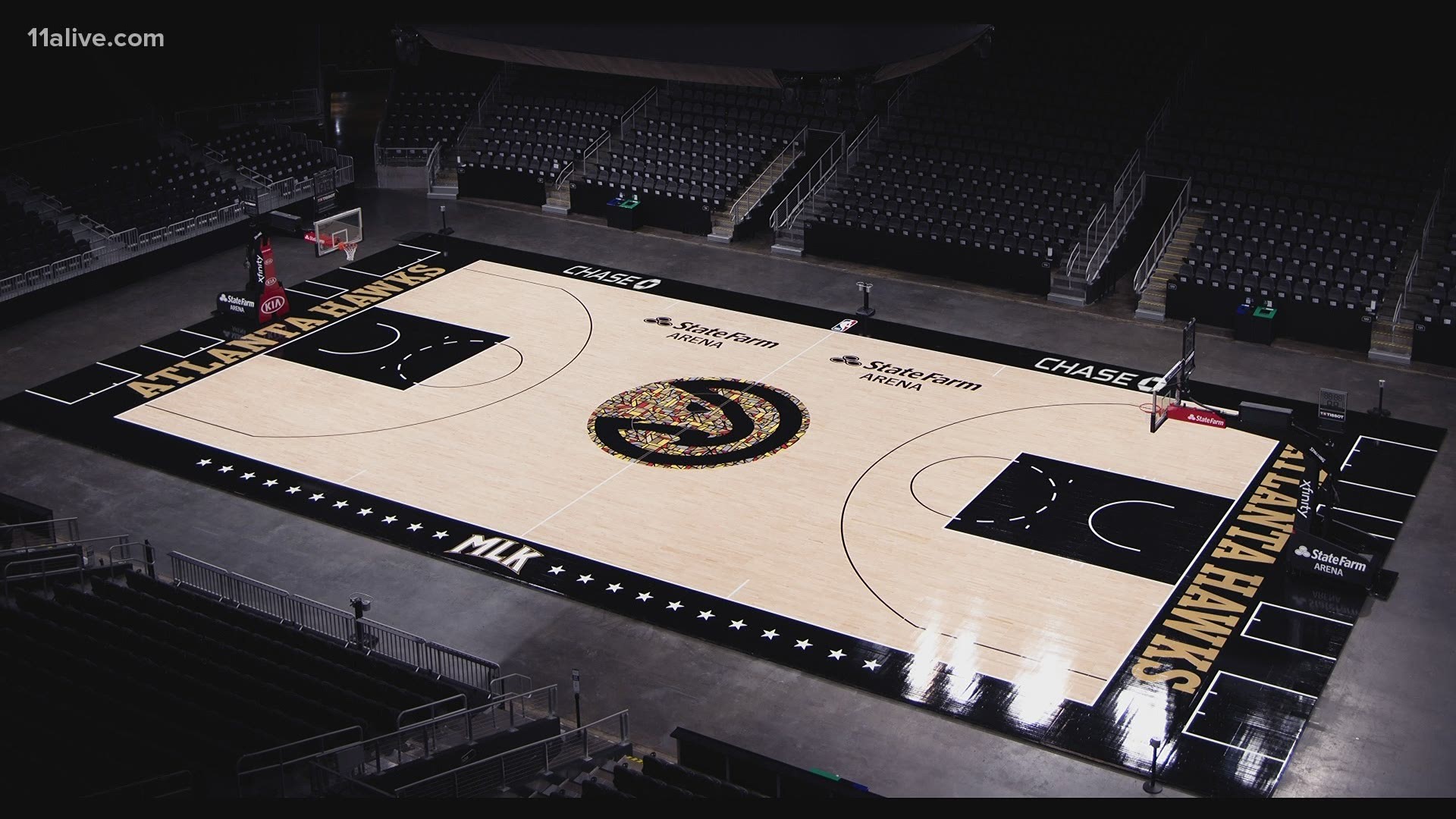 ATLANTA — After receiving his own MLK City Edition Atlanta Hawks jersey, Pope Francis blessed the special outfit on Friday, which would have been the 92nd birthday of Dr. Martin Luther King, Jr.

In a video tweeted by the Hawks, the Pontiff could be seen smiling as he opened a box containing the jersey, which was emblazoned with the number 1 and the name "Francis" on the back.

The Pope then was seen blessing the jersey.

The team said that back in November, a delegation of NBA players and National Basketball Players Association officials met with the Pontiff to discuss issues relating to social justice and economic inequality. The visit came after the Pope expressed concerns in watching the racial unrest in the U.S. throughout the year and wanted to learn more about the athletes’ activities around the unsettling events.

After that, it was decided the Pope would be gifted the Atlanta Hawks 20-21 MLK Nike City Edition Jersey.

According to the Hawks, the special jerseys are black, gold and white, in deference to Dr. King's determination and his "understated style." The colors are also a nod to King's membership in Alpha Phi Alpha, the first Black Greek fraternity.

The symbolism of the colors are also tied to Atlanta with black, referred to as "Infinity Black," noting the team's "bold, relentless, and unapologetic approach to competition and community."

Gold is referred to as "Vintage Gold." The Hawks say the color "reflects an air of elegance, highlighting the reverence befitting the memory of a global icon."

Finally, white, or "Fidelity White," is a crisp and classic tone that "symbolizes dedication and loyalty to the great city of Atlanta that we serve with excellence and compassion."

The Hawks will wear the special uniforms during Monday's MLK Day Unity Game against the Minnesota Timberwolves. Tip-off is at 2:30 p.m. The Hawks are also planning to wear the jerseys on Jan. 26 against the L.A. Clippers, on Feb. 6 against the Toronto Raptors, and on Feb. 24 against the Boston Celtics.

The jerseys are available for sale on the Hawks' website.