He's likely to have an MRI exam in Atlanta today. 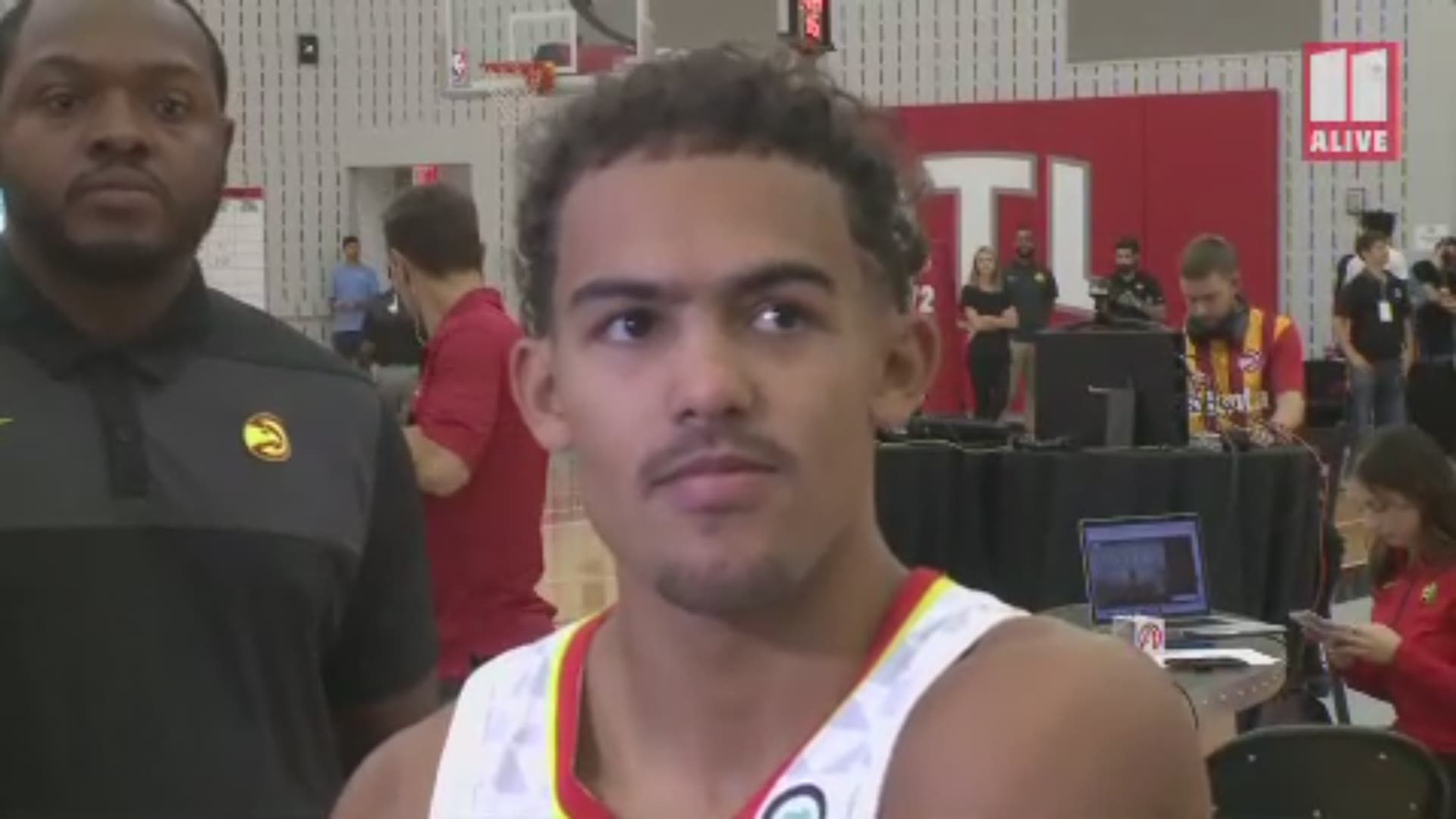 MIAMI — Atlanta Hawks guard Trae Young has been ruled out of Thursday night's game against the Miami Heat with a sprained right ankle.

Young underwent treatment at the team's training complex after being hurt Tuesday in a 112-97 loss to the Heat — the first of two straight games between the division rivals. He will be re-evaluated at the beginning of next week to determine if he'll miss any additional games.

The Hawks have four days off before facing the San Antonio Spurs next Tuesday.

Young was hurt on a drive early in the second quarter. He went into the air and landed on the foot of Miami's Justise Winslow, twisting his ankle awkwardly. Young didn't return to the game, playing a career-low 11 minutes and scoring just five points.

Over Atlanta's first three games, he averaged 34 points and earned Eastern Conference player of the week honors. Young played in 81 of 82 games as a rookie.

Young didn't want to see the video of the play where he sprained his right ankle.

It hurt enough the first time.

"It was painful," Young said. "Knock on wood, I haven't had too many injuries. I've been blessed not to have too many injuries throughout my whole entire life, so that was definitely a tough pain."

Young played in 81 of 82 games as a rookie, only sitting out the team's next-to-last game at Milwaukee. His 11 minutes on Tuesday were a career low, and the five points tied the second-lowest scoring night of his young career. He had four in a loss to Golden State last season.

"I definitely want to see that guy back out there," Hawks forward John Collins said. "He's had a hell of a start to the year. My guy off the court in general, so I just want to see him happy, healthy. You hate to see him go down like that, but you're just hoping for a speedy recovery and back on the court when he's ready and go from there."