A game changer for student athletes: How the NCAA is clearing the way for compensation

The NCAA is taking the first steps to allow student athletes to monetize their image and likeness. 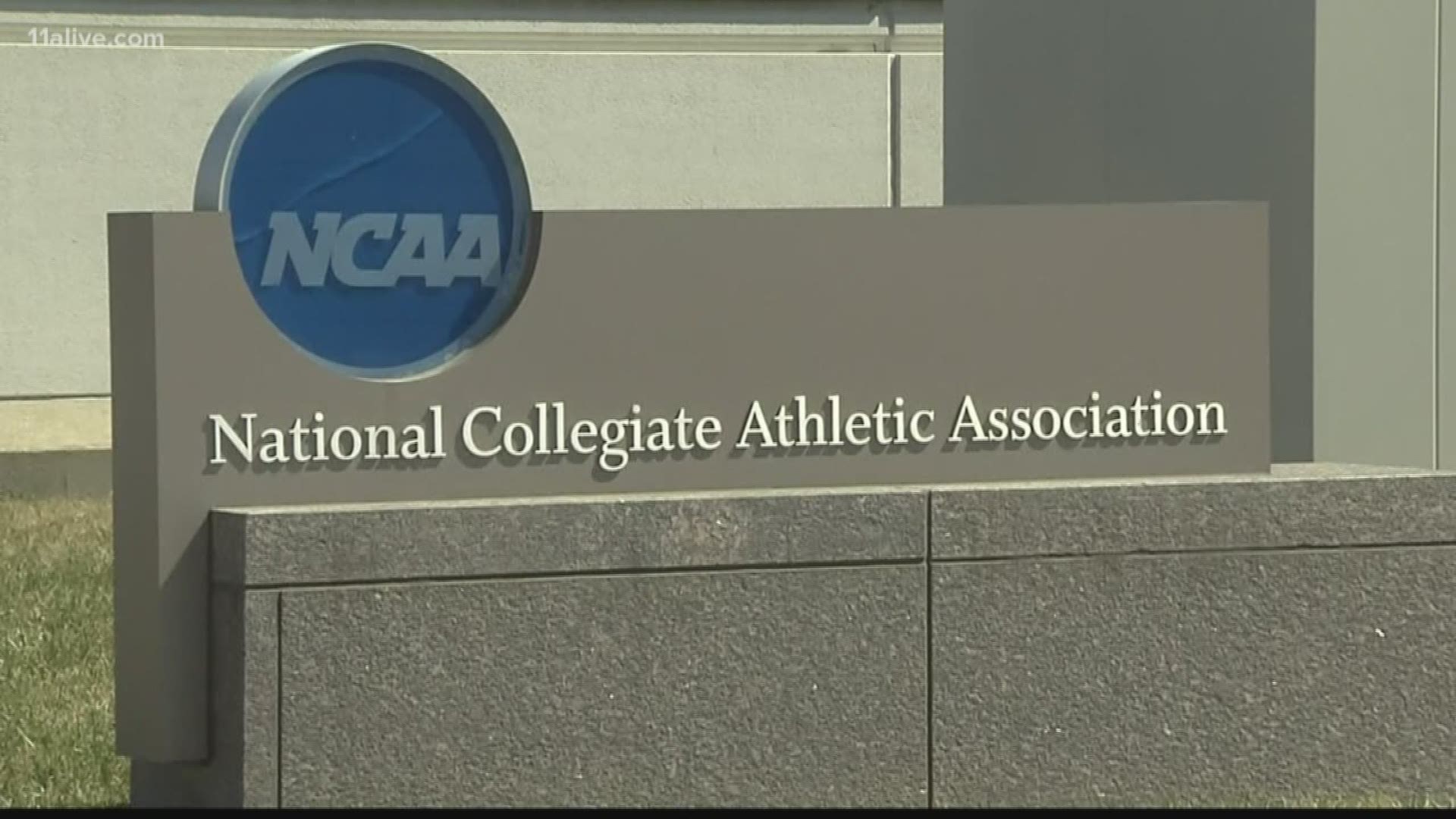 ATLANTA — College athletes could soon be able to cash in on their own brands.

The NCAA’s Board of Governors voted unanimously Tuesday afternoon during a meeting on Emory University’s campus.

Board chair Michael Drake, president of Ohio State University, said the NCAA must embrace change and modernize by allowing student athletes to profit off their images and likeness.

RELATED: NCAA to permit student-athletes to profit from 'name, image and likeness'

The landmark decision could have drastic impacts across college athletics.

"The schools can't pay the athlete to play, but if you're running a business in Athens, Georgia, then it seems like it's fair play right now,” said Mike Lewis, a business and marketing professor at Emory.

"My guess is a guy like Jake Fromm, with a fan base like UGA, there are going to be endorsements. So, Jake Fromm could become a six-figure endorser as a collegiate star,” Lewis said.

Lewis urges the NCAA to have strict guidelines in place to ensure student athletes aren't lured to schools based solely on potential endorsement deals.

UGA has been caught in a scandal over athletes trying to get paid off their own brand.

Back in 2015, UGA great Todd Gurley was suspended by the NCAA after he took $400 for autographing memorabilia - a big no-no among amateur athletes.

UGA Head Football Coach Kirby Smart said he hadn’t formed an opinion on how the decision could impact the future of the sport.

The move comes just a month after California lawmakers voted to allow college athletes to monetize their brand, image and likeness. A similar bill was planned for the 2020 Georgia legislative session.

But state Rep. Billy Mitchell told 11Alive the legislation would no longer be necessary.

RELATED: NCAA setting up showdown with California over college athletes making money off their image

“As we all know, most of them don't make it pro, so they'll have the opportunity now to capitalize in a moment in their life when their brand is at its highest peak of where it will ever be,” Curran said.

The exact guidelines are unclear. The NCAA is expected to implement the changes by January 2021.

The most classic mascot in college football is Georgia's Uga, according to Sports Illustrated