Praise the Lord! Wendy Anderson, the wife of Arkansas State head football coach Blake Anderson, has finished her last round of radiation treatment to fight her cancer. 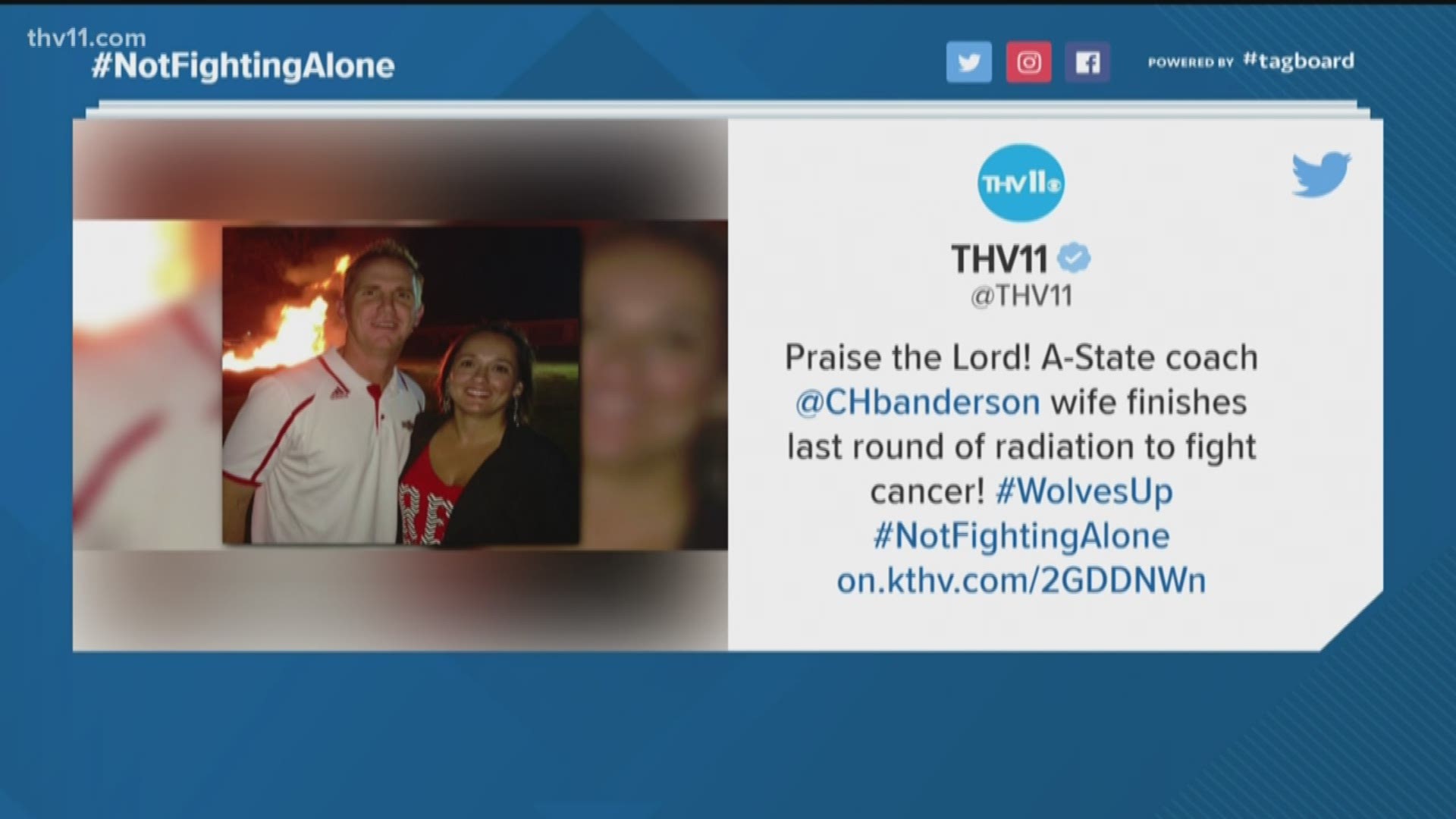 JONESBORO, Ark. — Wendy Anderson is on the road to recovery but still has a tough fight ahead of her. Blake Anderson, head football coach for the Arkansas State Red Wolves announced his wife’s cancer has spread last month.

On Thursday, February 21, 2019, Coach Anderson tweeted that Wendy had finished her last radiation treatment the day before. She’s resting as much as possible and continuing immunotherapy medications every three weeks.

Coach Anderson said it’ll take a month or more before they know the response they’ve gotten to the radiation treatment so now they, “Wait & pray.”

If you’ll recall, in December 2018, Coach Anderson announced the cancer had “metastasized in the lymph nodes, liver, and most significantly in the lungs.” On January 21, 2019, after being rushed to the emergency room with severe head pain and nausea, the family found out Wendy’s cancer had spread to her brain. She then underwent surgery to remove two of the five tumors.

On January 25, 2015, Wendy was moved out of the intensive care unit, and into a normal observation room. Then two days later, she was able to go home.

With the recent news about finishing radiation treatment, Coach Anderson went on to say, “Appreciate so much all who have been praying, reaching out with positive messages and especially those who’ve gone above and beyond to even make sure our kids are fed… thank you just doesn’t come close to expressing our gratitude to so many amazing people. Fighting hard and trusting Him!”

Our thoughts and prayers continue to be with the Anderson family during this battle. #NotFightAlone